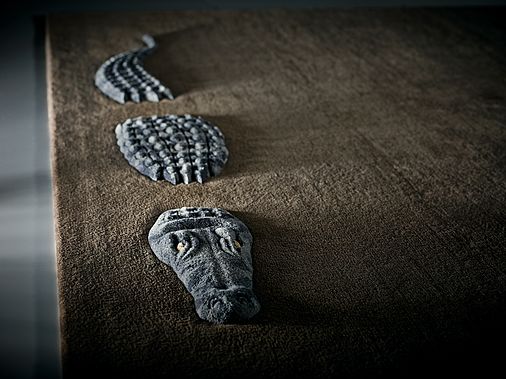 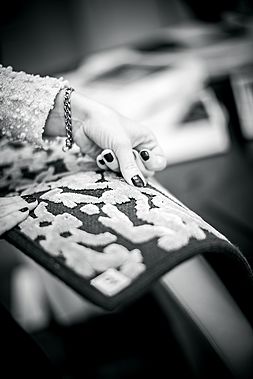 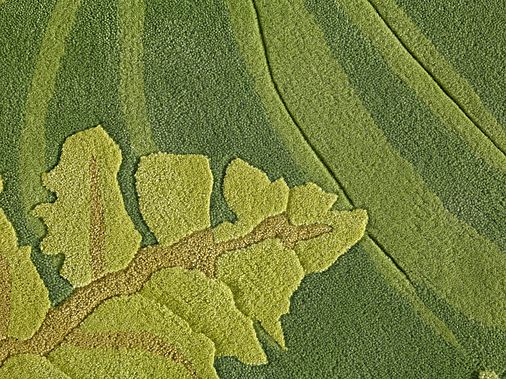 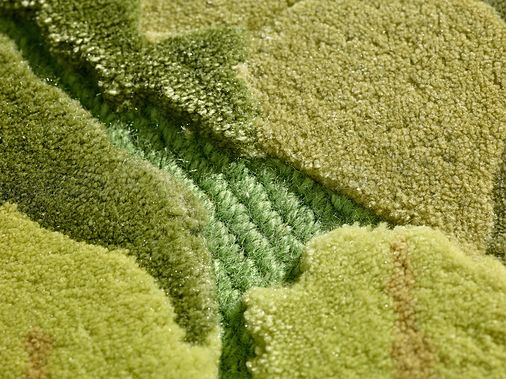 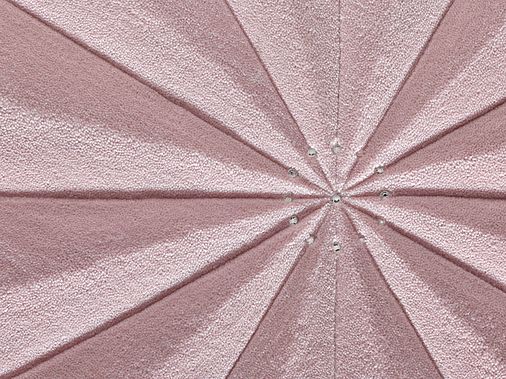 Carpets have always fired our imagination. Take the mysterious tales from The Thousand and One Nights, in which precious flying carpets, magnificently made and decked out with silk cushions, wait to carry the noble hero gently and as if by magic to the place of his longing … . Carpets tell tales. Tales of beauty, wealth and comfort, and the more exquisite their quality, the more auspicious their message seems to be. For a carpet is not only a soft, cushioning layer, an elegant decoration and a valuable possession all at the same time; it is also the feature that characterises the luxurious and unmistakable atmosphere of a room, welcoming the visitor and inviting him to tarry. And lingering in his memory, with its individual colourfulness and special force of expression.

Entrusted to Oliver Treutlein, all this was in good hands. He is not only accustomed to having customers describe their wishes to him meticulously and to committing himself conscientiously to the fulfilment of those wishes, but also to capturing a mood, a style on the basis of no more than a few clues and developing from that the carpet which is the key to a harmonious room concept. He puts all the pieces together like a large jigsaw puzzle. Natural fibres of the very highest quality are selected, such as precious silk which, having undergone an extra refinement process in Switzerland, is hank-dyed in large tubs over a period of several days according to an old tradition. Colours and nuances are combined, patterns created by different pile heights and grooves or brought to the fore with appliqué in precious metals. Thus, in a process of constant in the Treutlein manufacturing facility in Meerbusch (Germany), exclusive collections of artistic one-off and wall-to-wall carpets is created step by step. Hand-made, the very greatest diligence being applied to every single move, every detail, every subtle nuance, guaranteeing that they will add up to genuine excellence at the end of the line. For the more challenging a project is and the greater the demands made on ‘art & craft’, the more experience counts at all levels. Quality is not born of coincidence. And that applies in a very special way to project planning for boats.

Yachting is O.T.’s passion. Since the early 90s, those sleek, white-hulled vessels have been his profession. In the mean time, with his experienced team of fifty specialists, he has to come to look after most of the megayachts worldwide. And his complete commitment to his work makes that universal yearning for far horizons become a thing you can feel. The fascination of a dreamlike yacht on the ocean as an expression of liberty and independence, isolated privacy and pure luxury in equal measure. “If you want to build a ship,” said Antoine de Saint-Exupéry, “… teach …” (the men) “… to yearn for the vast and endless sea.” Ever since Odysseus, the classical traveller of ancient times, conquered the oceans with his ship – a feat that inspired Homer to write his magnificent epic poem – special vessels have nurtured these dreams. Fitting out these vessels so as to fulfil their owners‘ fantasies, luxury yachts of the 21st century, and thus perpetuating the legend of their majestic aura, is a passion of Oliver Treutlein.