Jonathan Beckett is the man at the helm of one of the most trusted superyacht brokerage firms in the world: Burgess. Joining the late company founder, Nigel Burgess, in the early 80s, it was not the desire to sell big boats that drew Beckett to the world of selling superyachts, but rather a love for sailing. Indulging in this passion fresh out of high school sailing on 55’ Sparkman & Stephens ketch in the Caribbean, when Jonathan returned to Europe, he quickly realised that the yacht life was the only life for him and the brokerage world beckoned. 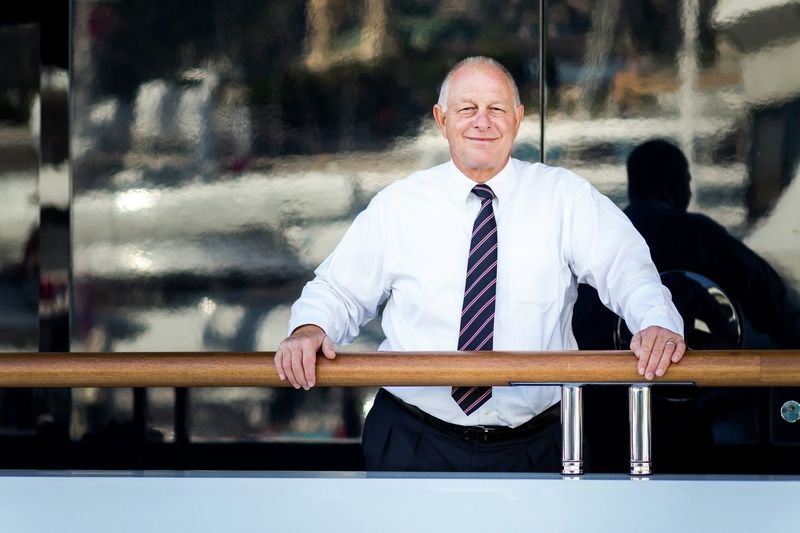 Regardless of a deep-seated passion for sailing from the CEO - a passion which was very much shared with the founder of the company - unsurprisingly, sailing yachts are in the vast minority of Burgess’ sales and charter deals. This, however, does not concern Beckett. In fact, contrary to the widespread belief that the sailing yacht market is in dire straits, Beckett notes that interest in this specialised sector is growing. In fact, he notes, it is the sailing yachts rather than the motor yachts that are really shaking things up in the industry: “Perhaps more so than motor yachts, a number of sailing yachts will also go down in the history books of yachting for being game changers,” he says. “Whether it’s the 88-metre Maltese Falcon, the 106-metre Black Pearl or the 142.8-metre Sailing Yacht A, these yachts are visionary design statements which have stopped the superyacht industry in its tracks – and that doesn’t happen very easily!”

Here we hear more about Beckett’s insight into the sailing yacht market, and the future of the Burgess brand.

You are CEO at Burgess and very much a client facing broker, spending the majority of your time actually selling yachts. Is there such a thing as a typical deal?

I am very much a travelling salesman - selling yachts and selling the Burgess brand. On average, I travel twice a week. Just this week, for example, I was in Monaco last weekend, London on Monday and Tuesday, Amsterdam on Wednesday, London again on Thursday and then Singapore Friday. And now I will travel on to Australia on Sunday! But that is what I do. 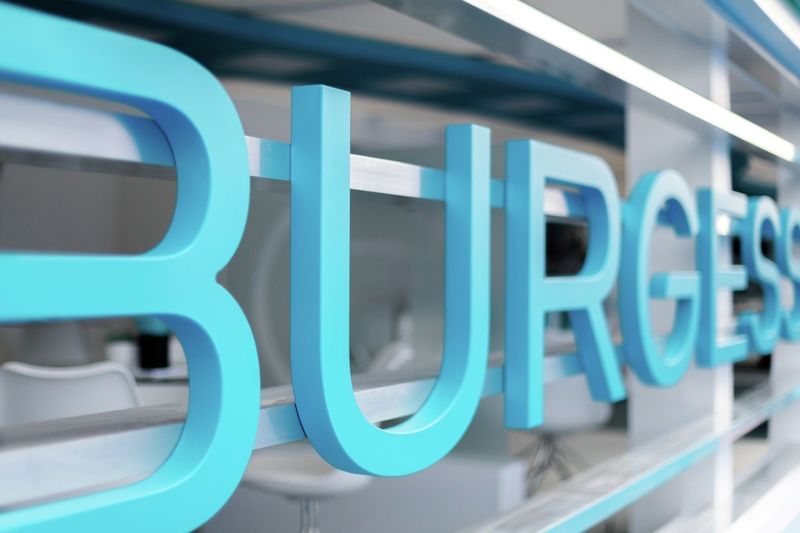 I believe I learned the trade from the best: Nigel Burgess. We worked together for 11 years before ‎he died. He quickly taught me that the most important thing with any client is face time. You have to have face time to build a relationship - and this is a business that is all about relationships. A typical deal is like combining a marathon run with an obstacle course - all conducted on paper-thin ice! Joking aside, a typical deal will be one where the seller feels he isn't getting enough, the buyer feels he is paying a bit too much and the broker is very carefully trying to pull both sides together‎.

After almost four decades working in the industry, what are your thoughts on the sailing yacht market and how it has changed over time? 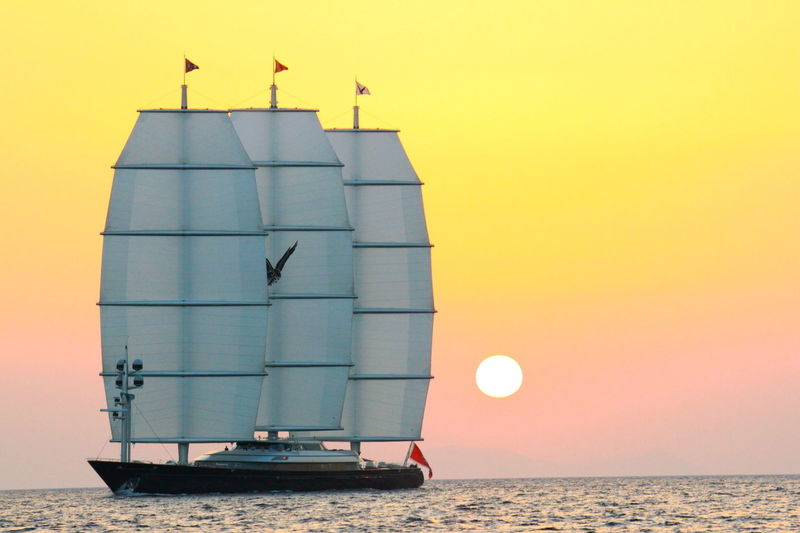 Photo: Antonis NikolopoulosIf anything, I think that there is more interest in sailing yachts now than there was back in my early days in 1980/1. There was a revolution of new modern designs, easy to handle sailing systems and much more modern accommodation in the 80s and 90s through to the present day. And, with this, came the opening of quite a number of new specialised sailing yacht shipyards taking centre stage, such as Perini Navi, Vitters, Alloy Yachts, Fitzroy – and, of course, the modernisation of such iconic shipyards as Royal Huisman and Jongert. Regrettably, Alloy and Fitzroy are no longer with us but they were incredibly prolific in the early years and were very much responsible for whetting the appetites of clients to build modern, aesthetically pleasing, high-performance sailing yachts with a level of luxury that hadn’t been seen on sailing yachts before.

Having been part of Burgess since its early days, tell us about one of the most memorable deals you’ve closed? 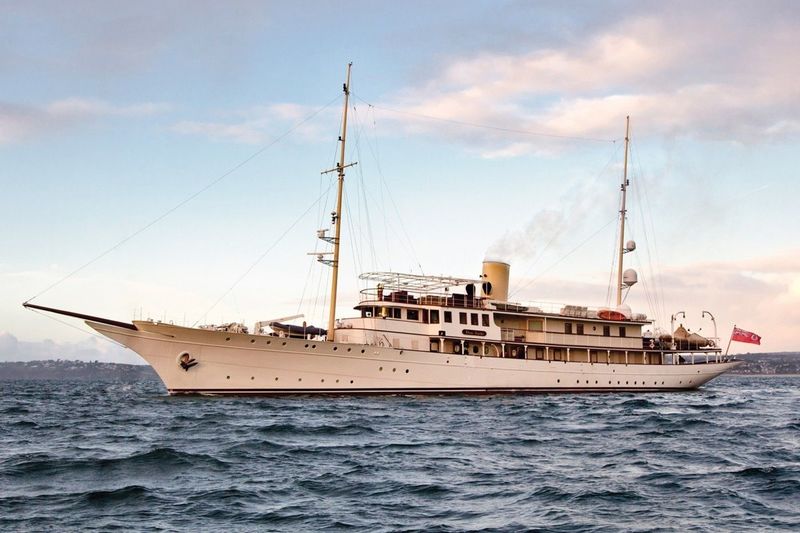 The story of the 1987 sale of Nabila to Donald Trump is very well known, coming in at $14 million more than the previous largest sale of Burgess. How did this deal solidify Burgess’ position as a leader in the sale of large yachts?

This was an exciting deal - and a very exciting time for this company and for the industry at ‎large. But actually, she was not only the largest sale by Burgess at the time, but she was $14 million more than any previous brokerage transaction ever. This really was the advent of superyachts as we know them today.

It was particularly pleasing because I remember cutting Donald Trump's name out of a newspaper here in London‎ and adding him to our client list (which probably only numbered 300 people in those days!). A year later we closed the largest yacht sale ever with him! Nabila was an iconic and very famous yacht back in those days and Donald was a ‘self-promoter’ - so the publicity surrounding this sale and ongoing ownership was something else! We retained the management of the yacht - renamed Trump Princess - and had monthly meetings with him in New York. We sold the yacht on four years later to HRH Prince Alwaleed bin Talal bin Abdulaziz-Al-Saud from Saudi Arabia, who still owns the yacht today. 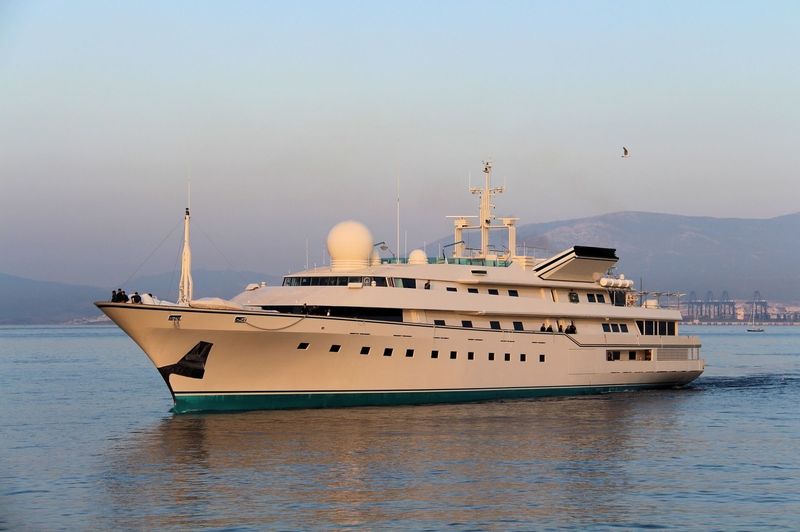 Photo: Giovanni RomeroThere have, of course, been other significant milestones, which all solidify our leading position. One could never have predicted 30 years ago that the industry would evolve in quite the way it has and we have been involved with a number of ground-breaking new builds as owners’ project managers over the last few years: the world’s largest yacht, the 180-metre Azzam; the world’s largest yacht by gross tonnage, the 156-metre Dilbar; and the largest yacht built to date in the Netherlands, the 110-metre Jubilee. These are very technically complex projects and I am immensely proud of our in-house team of naval architects and specialised marine/electrical engineers who carry these challenging builds from clean sheet of paper to delivery. 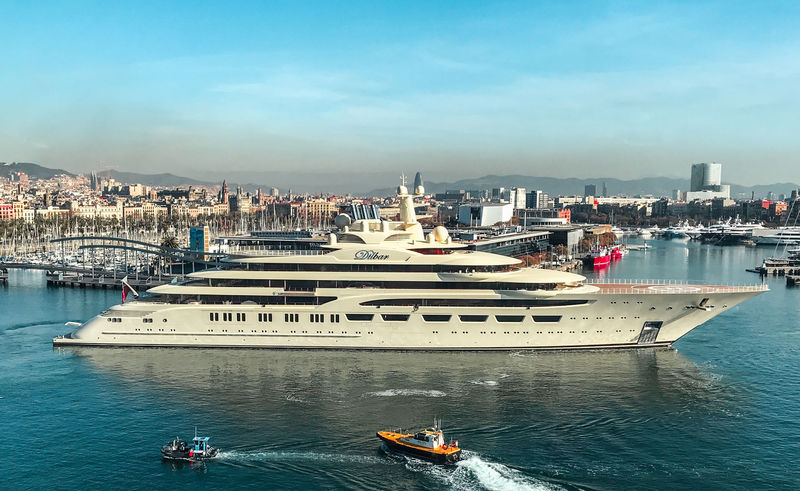 Photo: Davy van Loon$30 million in the 80s was an almost unprecedented price for a yacht, though we have since seen prices in yachting rise almost exponentially. Some think the industry is effectively pricing ourselves out of business. Do you see this as an issue?

$30 million in 1987 was a record-breaking price - almost double the value of any previous brokerage deal. So it was a big deal. Today $30 million will still buy you a nice yacht - but not a ‘top of the market’ yacht. Prices have risen enormously - but then so has the size and complexity of yachts. The top yachts today are truly floating palaces on the water with extraordinary features and very complex systems. To break it down, in 1987, $30 million bought you the biggest and best yacht in the world. In 2018, you would need to pay in the region of $600 - 700 million to buy the biggest and best yacht in the world… I’m not sure the pricing is an ‘issue’ rather than an organic progression as the vessels themselves have gotten more complex with extremely high standards.

You are President and founding member of the Large Yacht Brokers Association, as well former President and board member of MYBA. What is the importance of such organisations?

What we have learned from trade associations - be it MYBA or LYBRA - is that they bring industry players together to produce industry standards - such as the standard MYBA Charter Agreement and the standard MYBA Sale & Purchase Agreement. We also discuss common issues, and they create a forum for grievances to be aired. LYBRA is an association of the larger yacht brokerage companies - and the demonstrable benefit here is having company owners and/or CEOs all sitting around the table together - getting to know each other well - and having the confidence to discuss ‘big picture’ industry issues that affect all of us.

You’ve talked previously about families with young children being the key demographic that yachting should market to, though this is a decidedly long-term plan for longevity. What can we do in the short term?

This is a very good question and no one has the definitive answer. Charter is most definitely a great entry gateway into yachting, and the number of people who can afford to charter but have no clue it even exists as a vacation must be encouraged to try it! We are members of the Superyacht Life Foundation, which is all about promoting the lifestyle of yachting rather than promoting‎ yacht purchase or yacht charter specifically. 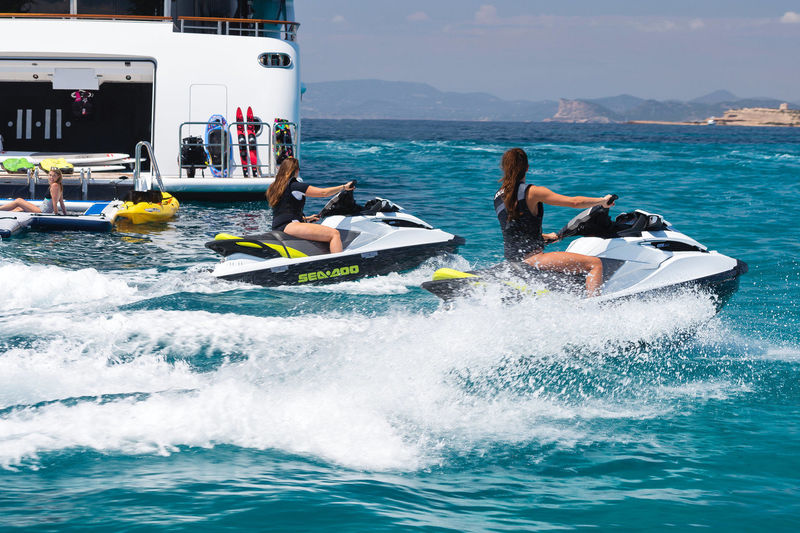 Photo: Christopher ScholeyIt would be nice if we could extend the cruising seasons… but I don't see this happening anytime soon. The opening up of new destinations for chartering is something many of us are working on and is a very interesting challenge. It’s also a daunting one as market forces are quite entrenched.

With environmental issues likely to be at the forefront for some years to come, we could well also see a resurgence of heightened interest in sailing yachts from charterers and there are also some exceptional purchase opportunities currently on the market at very interesting price levels. At the moment, for example, we are listing the stunning 90-metre three-masted schooner Athena and the 54.6-metre modern classic Marie for sale and charter, as well as the 65.3-metre vintage schooner Creole for charter.

Do you think consolidation is the answer to progressing the superyacht industry?

There is room for everyone in this industry - but the way we do business will change. When change starts to kick in, it will happen quickly - and we are right on the cusp of that now. I am certain that we will see a lot of consolidation as we move ahead… it just makes sense. In 7 years time when we look back to today, the players will be different and the landscape will be different. This is an exciting time for Burgess and for the industry - and I am really looking forward to the challenges ahead.

What do the next 10 years look like for Burgess?

The next 10 years at Burgess are looking good! ‎Will I still be here? Definitely! But I will be in a different role - which I see as more of a guidance and mentoring role. The future of Burgess belongs to the next generation and it is our job to ensure a careful handing down of roles and responsibilities. At Burgess, we have a lot of young people - many of whom have already been with us for quite a long time (for example 35-year-olds who have been with us for 10+ years and 45-year-olds who have been with us for between 15-22 years). These young people are well trained, experienced and fiercely loyal, and it is going to be a pleasure to watch them take over the reigns of the company in the years to come. Exciting times ahead!

This article is featured in the latest edition of the SuperYacht Times: the Sailing Issue. Subscribe now to receive your copy straight to your door and never miss another issue.