Thom Conboy is one of the superyacht industry’s most revered veterans, with a career spanning almost four decades undertaking everything from engineer, to captain, from shipyard owner to broker to shipyard representative. Today, Conboy balances two substantial roles: President of the Americas for Ocean Independence and Director of Sales at Heesen for North America, Mexico, the Bahamas and the Caribbean. We managed to sit down with Conboy at this year’s Monaco Yacht Show and ask: how do you do it? 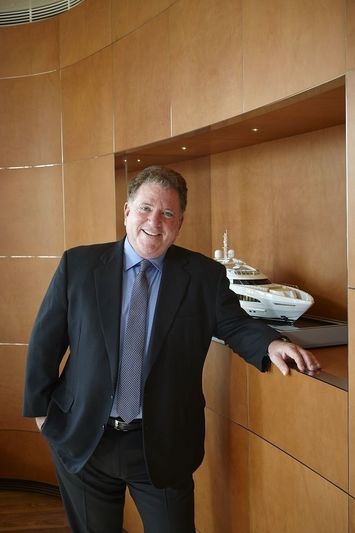 How did you get into the world of yachting?

Fresh out of school and living in California, my first ‘real’ yachting job was working on Neil Young’s 101’ Baltic schooner, The Ragland. I moved back to the East Coast after three years, and crewed and captained on various motor and sail boats. One notable one was the 79’ Derecktor-built Summertime for the late Bus Mosbacher, who won the 1962 America’s Cup as the Captain of Weatherly. I went on to co-found Trident with Steve Nichols, where we built the first Trident yachts at Derecktor in the 80s. We merged with Windship in the early 90s and really started doing some revolutionary stuff with high tech composites in both sail and power.

I moved from Windship Trident to work for the Ferruzzi Montedison Group, that owned three yards in Italy and one yard in the US. I worked for 10 years turning the business from military to yachting. I purchased the Savannah yard in ‘94 with quite an infamous business partner, and together we worked on some of the world’s biggest boats in construction and repair and completely transformed the composite infusion business in boat building. In 2002, my business partner was involved in one of the biggest financial debacles in the history of the US. The outcome was that the yard was then sold.

You started working with Heesen back in 2002 until you joined Merle Wood in 2008. Now you’re back with Heesen since 2015. Tell us about your relationship.

We had always maintained an office in Fort Lauderdale with Intermarine. I knew Frans Heesen well, and he would come over to my office sometimes, and when Intermarine abruptly ended and considering my shipyard experience, I started working alongside co-founder of Heesen, Jan Grammen. We had an amazing run from 2002 - 2008, boats on spec of 37, 44, 47, and 50-metres. The industry was on fire, but Heesen was doing really well - we sold 30 yachts in this period. In 2008, the world came apart. The Heesen yard was sold and I decided to get involved in the brokerage business. The opportunity to rejoin Heesen came up in 2015, I took it, and so far it’s been reminiscent of our first tremendous run!

You currently hold two very full-time jobs. Do they ever overlap?

The two are completely separate. I mean, we’re sat here having this conversation on the 47-metre Como, which was Frans Heesen’s personal boat and I probably get a bit of preference when it comes to used Heesens, but it’s 100% separate. People know I conduct myself ethically in this business. Everyone was curious as to how it would work, but it’s going very well.

The number of UHNWI’s is growing, but the order book is not expanding at the same rate. Why?

Wealth in Asia is growing at a rapid rate, and will soon surpass the number of billionaires in the US sooner than anyone thought before. I think you really see this decline in the sailing sector, and the reason is technology… People are just glued to their phones. My point here is that there is something about boating that is supposed to be relaxing - a disconnect from the outside world. The dot-com millionaires don’t want to be part of their grandaddy’s 60-metre big white boat.

But isn’t this super-tech generation the next generation of owners - the ones who want to explore the world in unique ways by superyacht?

There are certainly people doing that already, but it’s not huge. I have had the pleasure of cruising in Indonesia and that whole region, and you don’t see another boat anywhere. It's evolving, but there’s still something for many owners about sitting in a bustling Mediterranean port, enjoying a beautiful meal with friends. We’d all like to see more people come into yachting, but one thing that is also holding people back is regulations.

The MLC has not really helped our industry, for example. Regardless of what anybody says, all these regulations have done is to make building and running a motor yacht much more difficult, especially when it comes to paperwork and crew.

So crew are one of the biggest areas of improvement for the superyacht industry?

Well, crew has become almost unionised by the incredible amount of regulations. If we should have any focus as an industry, it should be on better crew and regulations. I don’t want to diminish crew as all being bad - it’s a tough job and it’s changed a lot in the past 35 years - but the ones who are backpacking through the industry are having a negative impact. Of course, some of the regulations are useful, but a lot of them aren’t. Eventually, people start realising they used to go boating, and now it’s just stress. Captain’s today spend a great deal of their day doing paperwork due to all of these regulations. 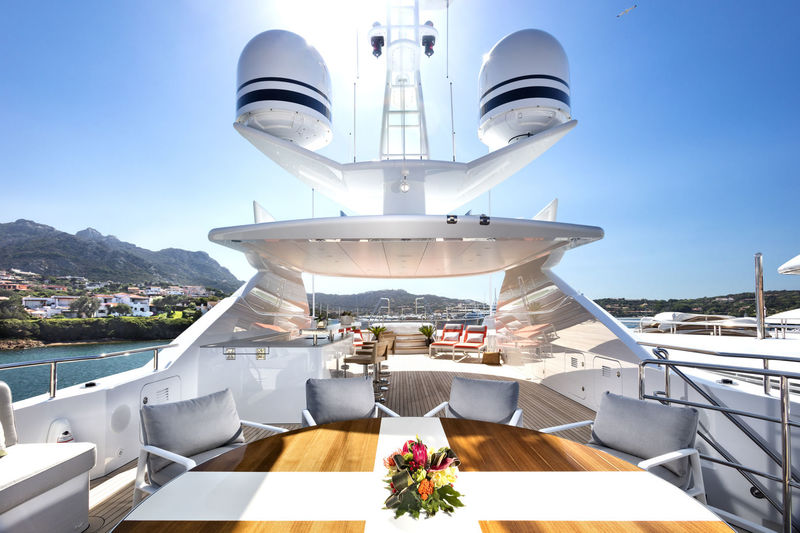 How can we change this?

A very good question and not a very easy one to answer. It’s kind of like a train running down the track with no brakes. There’s not a lot you can do to reverse it… with regulations, they’re already law, and you can only expect there to be more.

What are some other factors holding potential clients back from yachting?

Yachting is not going to become affordable anytime soon, and the expense is perhaps a key reason as to why we’re not seeing a substantial amount of growth. We’re trying to put automotive finishes on these boats, making everything like a jewellery box. The comment by Espen Oeino in your last newspaper is a wise observation. If you want to go boating, it doesn’t have to be delicate and beautiful - you just want to go and enjoy the water. These owners have the money to spend, but it gets to a point where even they are saying, ‘this is too much.’

Brokers can have a negative reputation when it comes to people in the game purely to make a quick buck. What are your thoughts?

I think a lot of people would like to be in this business, and you certainly see newcomers come and go, but it takes a lot of years and a lot of hard work. There is no easy money. It certainly looks glamorous and sure, it can be, but you still have to have a good 15 or 20 years of experience and a good moral compass to make these big deals. You have to keep up with the technology, the changing regulatory bodies, flagging issues, financial issues, legal issues. It’s hard work.

You’ve had quite the ride in your career so, tell us: what’s the secret to your success?

It’s just like anything else. My parents taught me a good work ethic, and I still really enjoy this business. I’ve also worked with some of the best brands in the business and, let’s be honest, you’re only as good as what you represent. If you’ve been in this business long enough, you've had some downturns, and those downturns can be long. There are a lot of times that you look at your life and you think, ‘MAN. Is this ever going to change?’ But you have to get up every day, and reinvent. Just go and do it.