Two weeks ago SuperYacht Times revealed the first photos of the new 100m+ Benetti FB272 as she was moved out of her construction shed. As of Tuesday this week, Benetti has now launched its second 100m+ yacht in Livorno, Italy: the 107.6-metre Project FB272. The vessel was originally contracted by the Italian shipyard in 2014 and is due for delivery later this year. 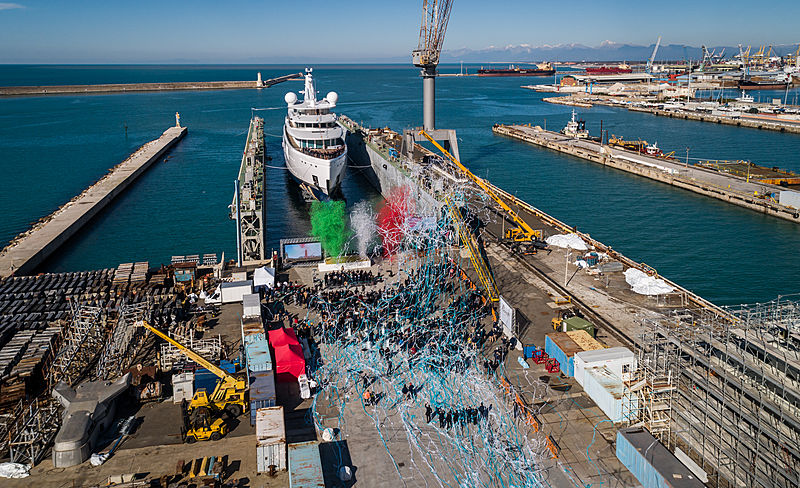 Photo: BenettiFB272's unique profile was conceived by the owner and she has a total of six decks. Prior to going to contract, the owner spent significant time in the development of the exterior design, initially with Hugo van Wieringen from Azure Naval Architects and then with the assistance of Raymond Langton Design and Zaniz Jakubowski of Zaniz Interiors. The exterior design was refined post contract with the assistance of Giorgio Cassetta, supporting Zaniz Interiors who took over responsibility for both the exterior and interior design of the yacht.

Performance-wise, she is fitted with a hybrid propulsion system with diesel-electric engines and two Azipod propulsion units connected to a special battery pack to enable totally vibration-free and silent navigation, as desired by her owner. The generation/propulsion package is obtained by six generators of approximately 1,000 KW each.

The electricity produced by those generators is managed electronically, by a fully integrated power management system, to feed the consumption of the services on board and the electric motors of two Azipods of 2,200 KW each. This spare electricity is also used to charge 35 tons of batteries which can operate the yacht for up to 12 hours with no engine running. Regarding speed, FB272 can reach a top speed of 17 knots and a cruising speed of 15 knots. 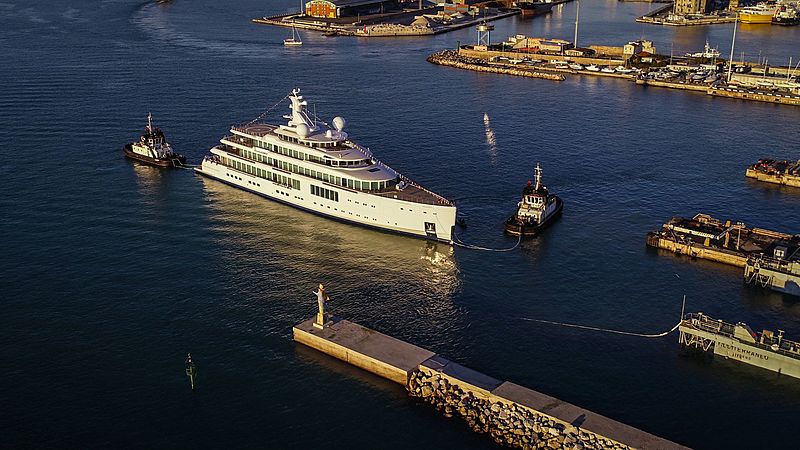 Photo: BenettiFB272 has a volume of 5500 GT and is built to Lloyd's Register Class. The interior design maintains a sense of connection with the outside world, according to the shipyard, with three-metre high windows flooding the interiors with light and including a total of 800 square metres of window glass. FB272's exterior lines include a straight bow and a huge forward deck area.

On board, she also includes a helicopter pad with fuelling station. Additionally, she also features an advanced Lutron domotic system with approximately 500 kilometres of cable running across her hull and superstructure. 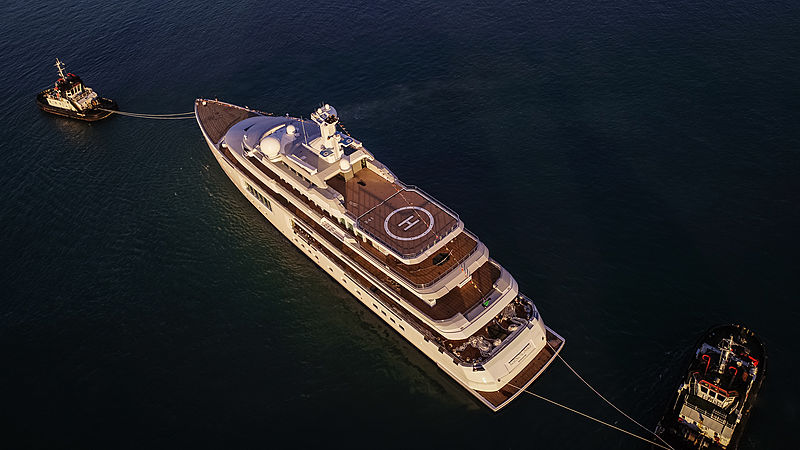 Photo: BenettiHer main deck offers ample dining and social spaces which are sheltered by the overhang of her superstructure. Vast quantities of glass wrap the main decks, with the hull featuring a long horizontal strip of glazing from mid-ship to stern. Windows on the upper decks are entirely uninterrupted by the structure, giving each deck a floating appearance.

Azimut Benetti’s President Paolo Vitelli commented on the launch, “On this auspicious day, I could not be prouder to stand here among Benetti’s family, friends and colleagues to witness the launch of our latest enthralling creation. This iconic project has had a huge impact on local industry and, after more than 2 million hours of skilled work from over 100 suppliers, we can truly pronounce her as a wonderful achievement for Livorno and the “Made In Italy” ethos as a whole."

2019 is set to be an eventful year for Benetti as the Italian yard will deliver three yachts over 100 metres. Project FB277 touched water in December 2018 and FB275 will follow in April.

Benetti moves 100m+ yacht FB272 out of her construction shed