It has been a busy six months at the Custom Line shipyard, with the builder announcing the launch of 11 superyachts since January and with another eight scheduled to take place at its facility in Ancona before the close of the year. 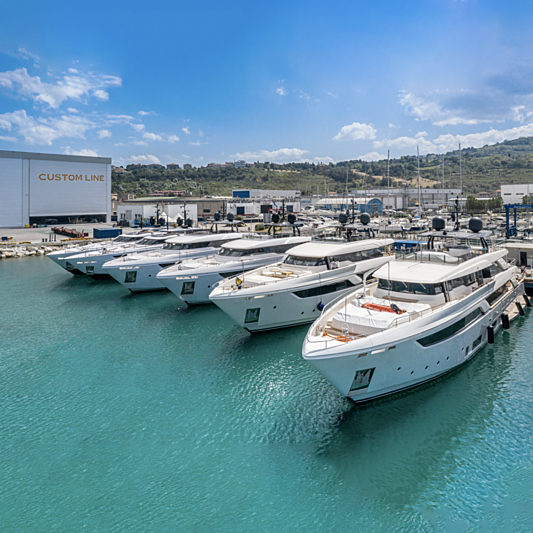 In total, this represents 386 metres of superyacht which has hit the water at the Custom Line shipyard so far this year. The builder has announced that it has 21 yachts currently under construction, comprising 13 in the sheds and eight currently in the completion and dock testing stages prior to delivery to their owners.