Earlier this week the Bremerhaven based Lloydwerft launched the 115 metre explorer Luna. Luna is commissioned by a well known yachtsman, who owns several other large yachts, and apparently she is jointly built by the Lloydwerft and Stahlbau Nord. 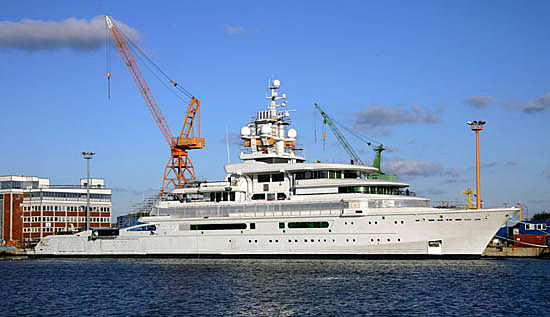 At 115 metres, she is the second largest yacht launched in 2009. Little more details are known about hull number 111 at present. 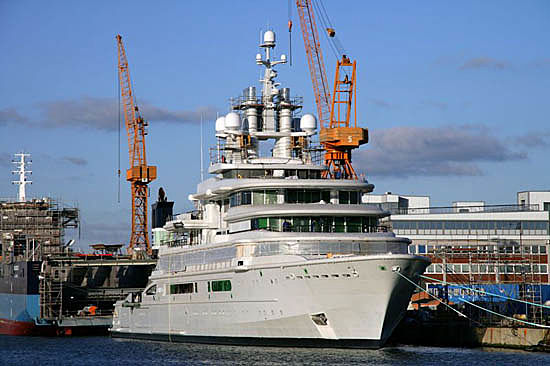