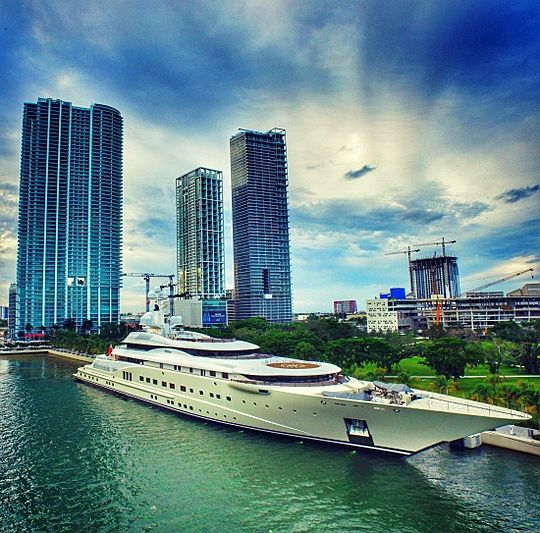 The 115 metre Lürssen Pelorus is designed by Tim Heywood and features an interior by Terence Disdale. The yacht was the third of seven superyachts built by Lürssen that has been designed by Heywood. Pelorus was built for a Middle Eastern owner who sold her to a well known Russian owner, who is his turn sold her in May 2011 to her current owners. Pelorus is powered by twin 5.300 hp Wärtsilä 12V26 engines, and has a top speed of 20 knots. Until recently she could be seen moored in Miami, but has since left American waters and is now cruising in the Caribbean.