The second superyacht to be built by Norwegian shipyard Kleven has arrived at the facility in Ulsteinvik this week, having been transported from CIG Shipbuilding in Poland where the hull sections were constructed. The yard announced in November 2014 that they have signed another contract with New Zealand owner Greame Hart to build a second vessel for him, this time a 116 metre version of the 107 metre Ulysses currently being outfitted in Germany. 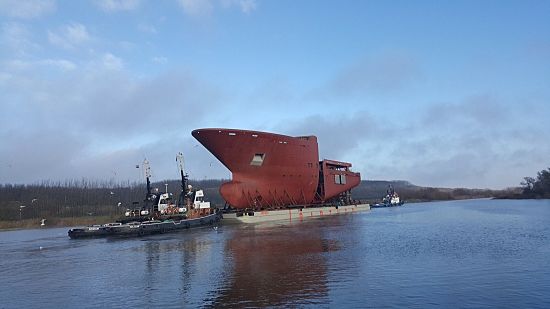 The hull was transported in three section, and once assembled, will measure 116 metres by 18 metres across. The vessel is based on a type MT 5006 MKII ESV platform that is designed by Norwegian design company Marin Teknik in partnership with New Zealand based naval architect Kyle Dick of Oscar Mike Naval Architects. Norwegian companies such as Rolls Royce, Harried Group, Jets and Sperre will also be involved in the project. 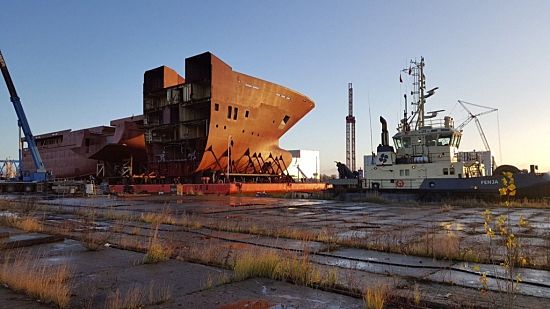 As with the 107 metre Ulysses, this project is designed to offer a stable and reliable platform suited for long range expeditions in some of the roughest conditions. This will all be finished off in luxury whilst keeping a functional approach to all on board aspects. 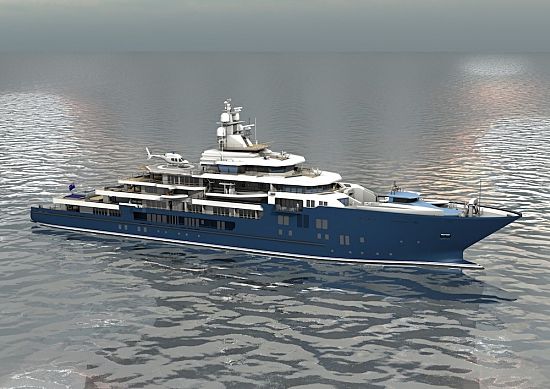 According to Kleven, the project will be ready for launch in July 2016.