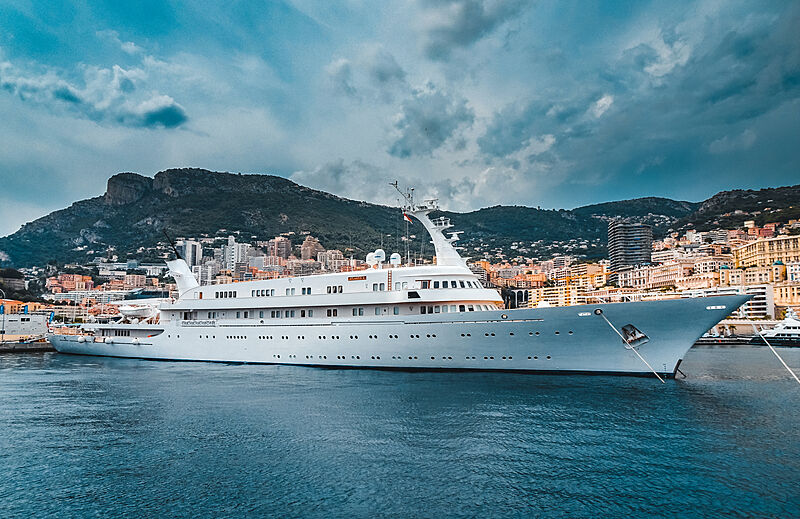 Photo: Aurélien Herman / SuperYacht TimesBuilt as one of the largest yachts in the world at the time of her launch in 1981, the 115.8-metre superyacht Atlantis II will go down in the history books as one of yachting’s icons. She was built at Hellenic Shipyards in Greece who delivered an identical sister ship called Navtilvs almost a decade before in 1973. Having become an iconic part of the Monaco skyline as she spends much of her time moored in the Principality, Atlantis II has been under the same Greek ownership since her delivery.

The Royal yachts Dubawi and Quattroelle Shadow in Dubai