In 2008 we published an article about the conversion of the 122 metre Kay project. The 90m commercial ship Vladimir Chivilikhin (originally build by the Gdynia Yard in 1990) was lengthened to 122 metres and a new superstructure was build. However, before the interior was completed, the conversion was put on hold for unknown reasons. 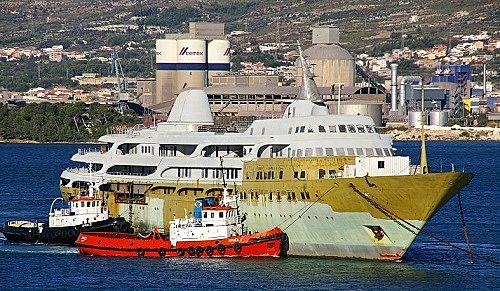 Then, in 2008 the vessel arrived in Croatia, where Sinisa Aljinovic took this photo. Since then, we received little news about the project. Last week however, the vessel showed up in Malta, which could mean that she will now be finished in Malta, however, we do not have any more details at this moment.

If you have more information about the current status of Project Kay, please contact us at [email protected]