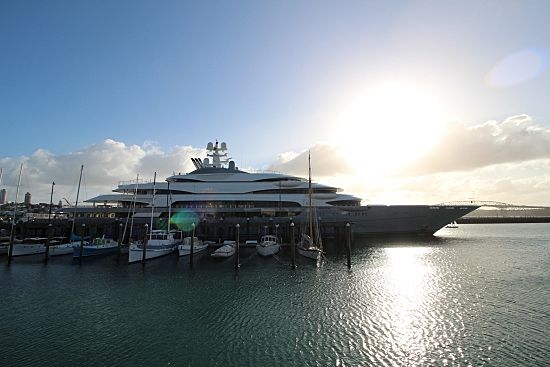 Built as Italy’s largest yacht in 2014, Fincantieri’s 140 metre Ocean Victory is designed by Espen Oeino, with interior spaces created by the late Alberto Pinto and Sessa Romboli. As with many other yachts of this size, Ocean Victory is packed with guest-pleasing features such as 6 pools spread out over her 7 decks, an internal floodable dock to house her 14 metre tender, and two heli pads. The yacht’s owner is known to have owned a 75 metre Feadship also named Ocean Victory, which is now called Ebony Shine. Ocean Victory has been spotted in Auckland this weekend, where she has been spending the past few weeks.