Lürssen's superyacht project Topaz has entered the final phase of construction. Topaz is a 147 metre superyacht, of which very little is known at the moment, she is one of Lürssen's best kept secret projects. Although unconfirmed, we expect Topaz to be delivered in 2012. 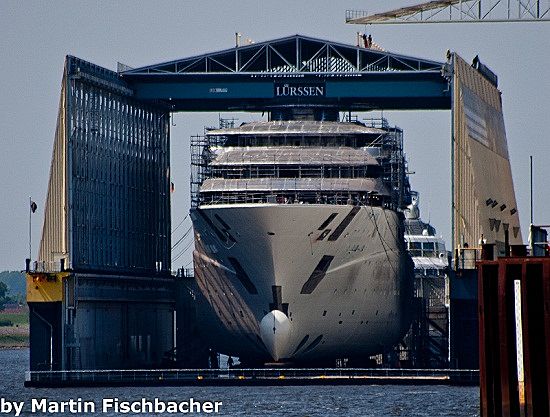 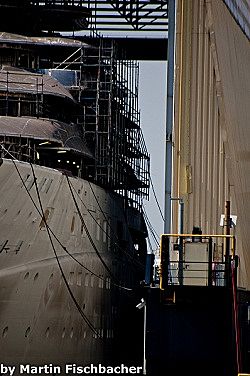 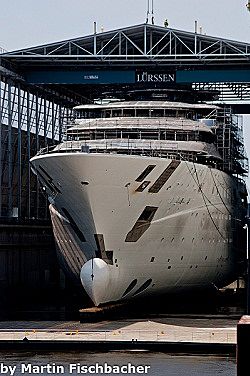 Superyacht Topaz will be the ninth superyacht over 100 metres built at the German Lürssen yard, and the second largest, following Al Said at 155 metres.