Of the 242 yachts signed up to the 2014 Giraglia Rolex Cup this year, some 214 are expected to participate in the 241nm race from Saint-Tropez to Monte-Carlo via the Giraglia rock, a reflection upon the added allure of the Monegasque principality after the Yacht Club Italiano announced the race would finish in Monte-Carlo this year. 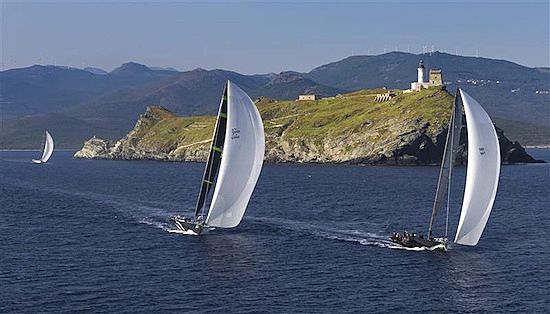 The 2014 event starts tonight at midnight, 13th June with a 59nm race from Sanremo to Saint-Tropez. Three days of inshore racing in and around the Gulf of Saint-Tropez will immediately follow from 15th to 17th June. The main event of the offshore race will then set off to Monte-Carlo via the iconic landmark of the Giraglia rock located just off the northern tip of Corsica. 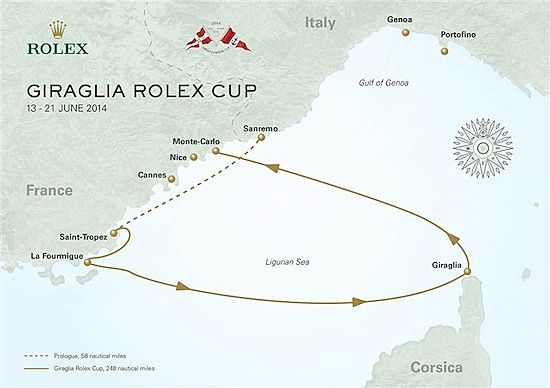 The Slovenian Maxi flyer Esimit Europa 2 is expected to set the pace. 2012 saw the yacht set a course record between Saint-Tropez and Sanremo of 14 hours 56 minutes and 16 seconds; less than half the time taken by the line honours winners in 1953. Esimit Europa will be pursued by three other Maxi’s including Leanardo Ferragamo’s Swan 90 Solleone. 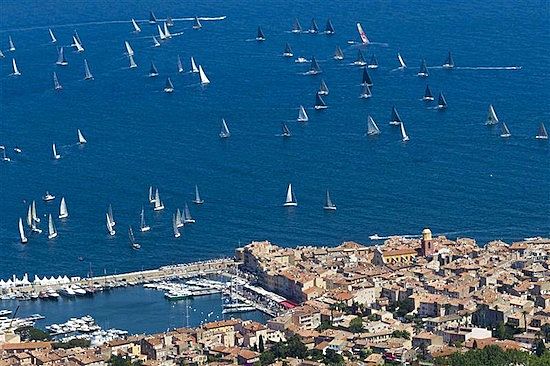 A strong contingent of seventeen Mini Maxis will form a harrying pack. Given the right conditions, the British crews of Jethou, Alegre and Ràn will be hoping to emulate Shockwave’s victory in 2010, as will the Italian team on Robertissima III. In the middle of the fleet, last year’s winner Alizée has returned hoping to repeat a glorious performance and be the first yacht in many years to achieve back-to-back victories.

The 2014 Giraglia Rolex Cup begins on 13th June with the main offshore race scheduled to start on the 18th June. The final prize giving will be held at the Yacht Club de Monaco on 21st June.