The recent Pinmar Yachtsman's Golf Tournament at the Son Quint Golf Course in Mallorca, co-sponsored by Awlgrip, was once again organised by Pinmar Yacht Painting Systems in aid of raising vital funds for charity. Now in its 21st year, the event continues to receive an overwhelming level of support from the superyacht industry and raised over 37,000 Euros for this year's nominated charities, which include Allan Graham 4 Kidz.

"We received much support from the 100 sponsors and over 70 volunteers, who all helped deliver what was another fantastic event. We were also delighted to be joined by over 330 members of the superyacht industry at the tournament and welcomed 780 guests to the prize-giving dinner and show, which was a great finale to the three-day event," says Nick Entwisle, Company Secretary, Pinmar. 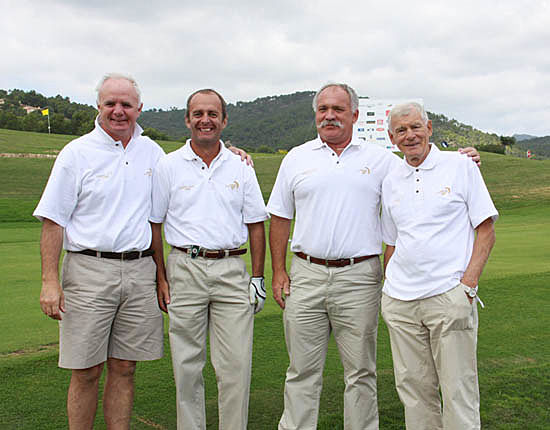 The overall winner of the tournament was MY Cheetah Moon with other major prizes being awarded to: Scorpione dei Mari, Astilleros de Mallorca, Master Yachts, Universal Nautic, and Marine Cleaning Services.

"We have been a proud sponsor of the Pinmar Yachtsman's Golf Tournament for 15 years now. The industry involvement year-on-year has been superb and it has proved itself to be a great industry event that also benefits many deserving charities," says Awlgrip's Michel van Dijck.