A 23.96-metre yacht, constructed with a wooden hull and superstructure, is currently in build at the Castagnola shipyard in Lavagna Italy. The yacht Zattera, is the creation of naval architects NAMES by Francesco Rogantin and Nauta Design, who penned the yacht’s interior and exterior design. 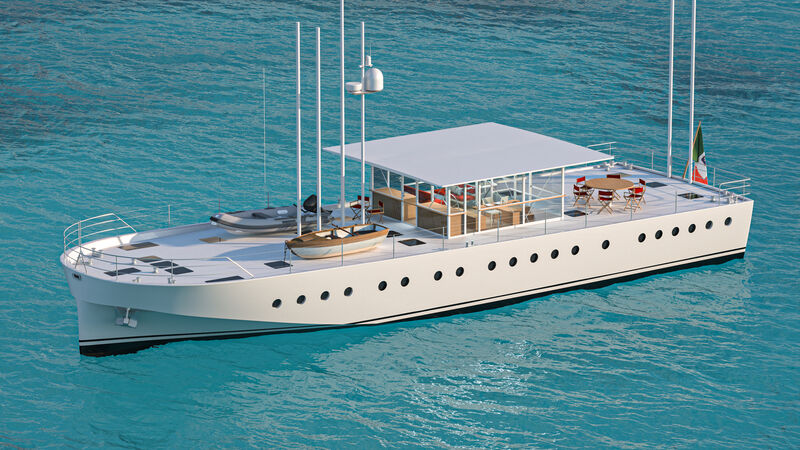 The idea for the yacht was initially thought up by Renzo Piano and Olav Selvaag, who were inspired by the idea of relaxing in silence and harmony by the sea. Zattera, which is Italian for ‘raft’, is an ode to the fundamental aspect of yachting, simplicity, while still providing a comfortable, luxurious experience. 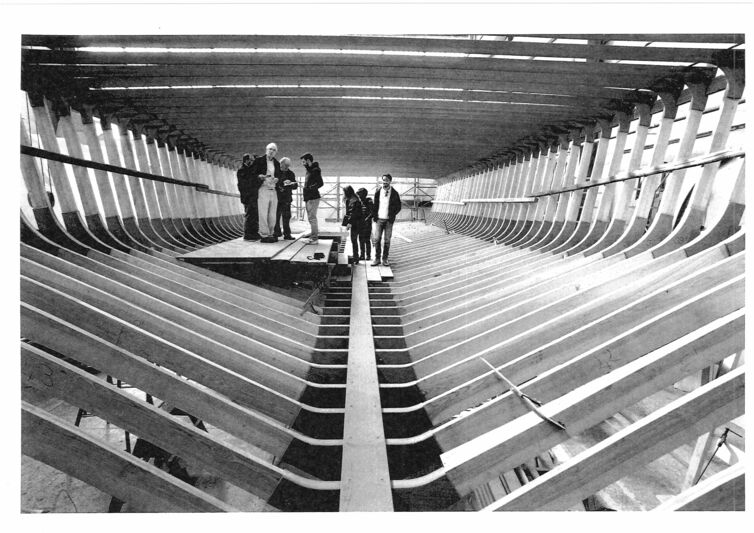 Photo: Gianni Berengo GardinMinimising the vessel’s environmental impact was essential to this. A hybrid Siemens propulsion system has been selected, which serves to reduce carbon emissions as well as sound pollution. Zattera is kitted out with lithium-ion batteries and is capable of cruising in silent mode using  electric-only power. She is capable of reaching a top speed of 12 knots and a cruising speed of 10.5 knots. The yacht will also feature solar panels, further subsidising the yacht’s energy consumption. 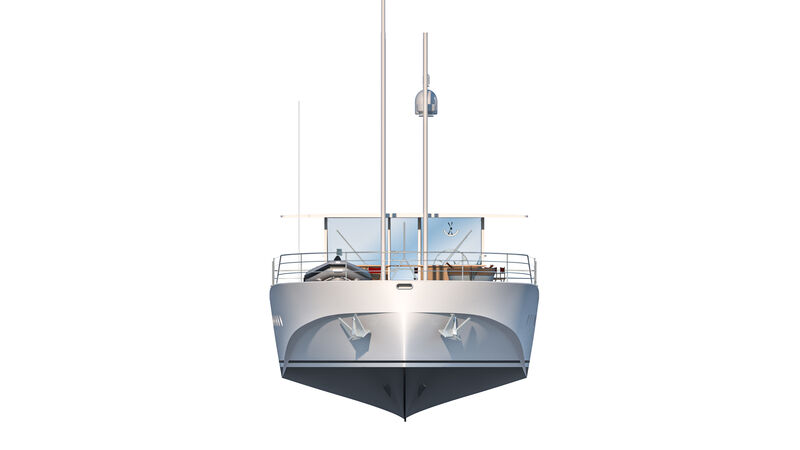 Zattera accommodates her guests across three staterooms. Her interior further emphasises the connection to sea as the floor line in the main saloon is at the same height as the waterline. A large skylight is situated at the centre of the room, providing additional natural light. 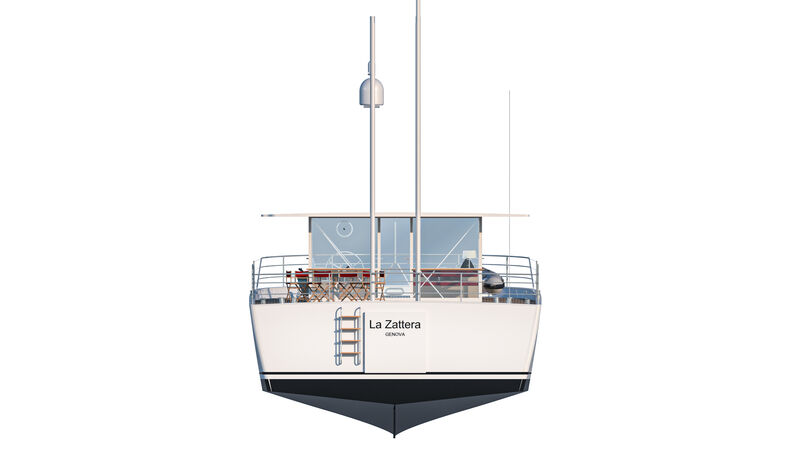 Characterised by clean exterior lines, the yacht’s bow has been optimised to reduce resistance and emphasise sternward flow. Features typical of sailing yachts, such as masts and derricks, have been included to load and unload the yacht’s tender as well as accommodate awnings fore and aft.