The 25.3-metre yacht Unforgettable has been sold with Henry Schonthal and Marcos Morjain of Reel Deal Yachts who represented the seller and William Noftsinger of Denison Yachting who introduced the buyer. 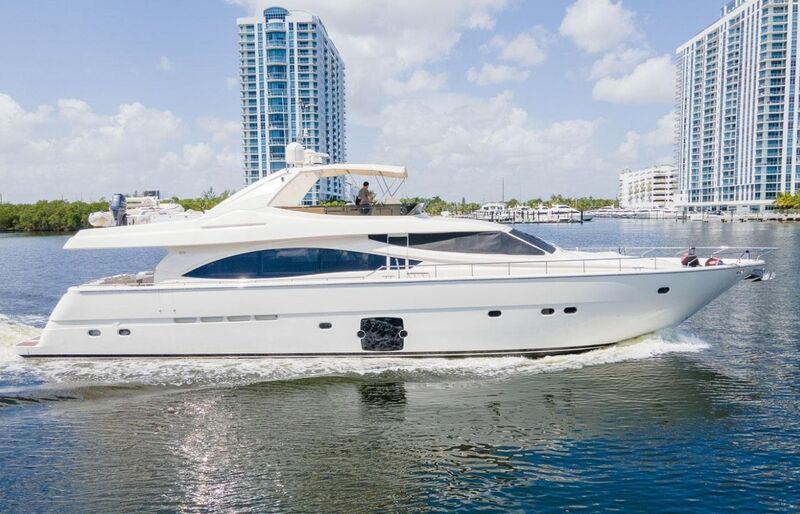 Unforgettable was built in 2006 by Ferretti Yachts as part of its popular Ferretti 830 series of which more than 15 units were built. She features exterior lines and an interior designed by Zuccon International Project while her builder Ferretti Yachts completed her naval architecture.

The 80 GT all-GRP yacht accommodates as many as eight guests across four staterooms consisting of a master, a VIP and two twins. She is operated by a crew of three.

Performance-wise, Unforgettable is equipped with twin MTU 16V 2000 M91 diesel engines with a combined 3,998 horsepower. She reaches a top speed of 33 knots and cruises comfortably at 30 knots.

72m superyacht Azteca, listed for sale in cryptocurrency, has been sold