The 26.39-metre yacht Arquimedes has been sold after less than a year on the market. The deal was concluded with Nordhavn Brokerage acting as the selling broker and Kristen Klein of Northrop & Johnson representing the buyer. 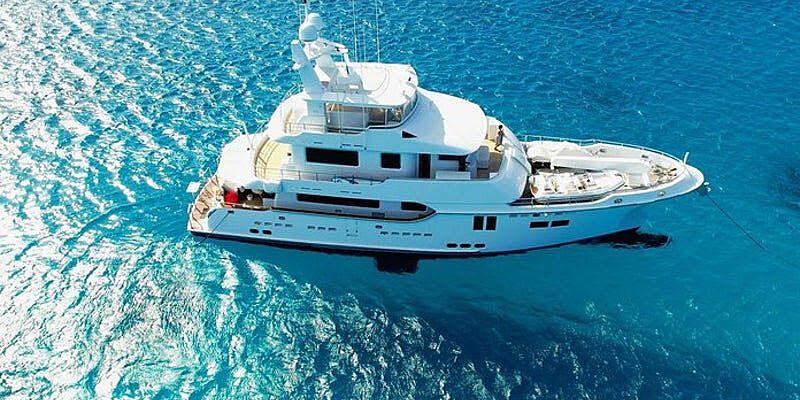 Arquimedes was built by Nordhavn Yachts in 2009 as one of seven units of the Nordhavn 86 model. The trawler yacht features naval architecture and an exterior design from her builder, Nordhavn Yachts. Arquimedes is constructed with a GRP hull and superstructure.

She can accommodate up-to eight guests across four staterooms, including a master stateroom located on the sky deck. The master stateroom is complete with a King-sized bed and access to a private balcony. The 205 GT features plenty of living space on board, including her main saloon which is complete with an L-shaped couch and seating area. Forward of the saloon, a formal dining area with seating for up-to eight guests along with bar to port. A spacious aft deck is accessed via glass sliding doors. Additional deck spaces include a large swim platform situated at the transom and a barbecue on the upper deck.

Performance-wise, Arquimedes sports twin MTU diesel engines and has a range of 5,000 nautical miles when cruising at 9 knots. Arquimedes was sold with a last known asking price of $5,299,000.