The 26.22-metre motor yacht Dana has been sold after almost 10 months on the market. The deal was concluded in-house at IYC with Costas Dimopoulous representing the seller, while it was Vangelis Filiadis, also from IYC, who introduced the buyer. 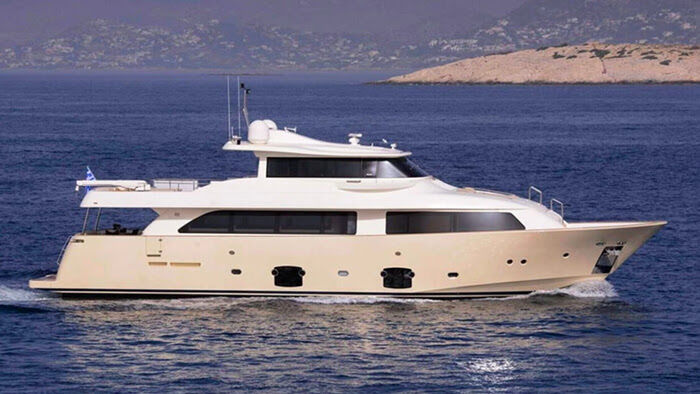 Dana was built in 2008 by Custom Line as part of its Navetta 26 series of which eight additional units have been constructed. Dana’s exterior lines were penned by Zuccon International Project while her naval architecture was completed in-house by her builder, Custom Line.

The 89 GT is spread across two decks and accommodates as many as 12 guests across five staterooms. The all-GRP yacht is operated by a crew of five.

Performance-wise, Dana sports twin MAN diesel engines which allow her to reach a top speed of 14 knots and cruise for 800 nautical miles at 12 knots.

32m Gulf Craft yacht Save Your Tears has been sold