IYC has announced the sale of the 27.03-metre Ferretti 881 RPH motor yacht Avec in an in-house deal, with Michel Chryssicopoulos introducing the buyer and Vangelis Filiadis representing the seller in the sale. 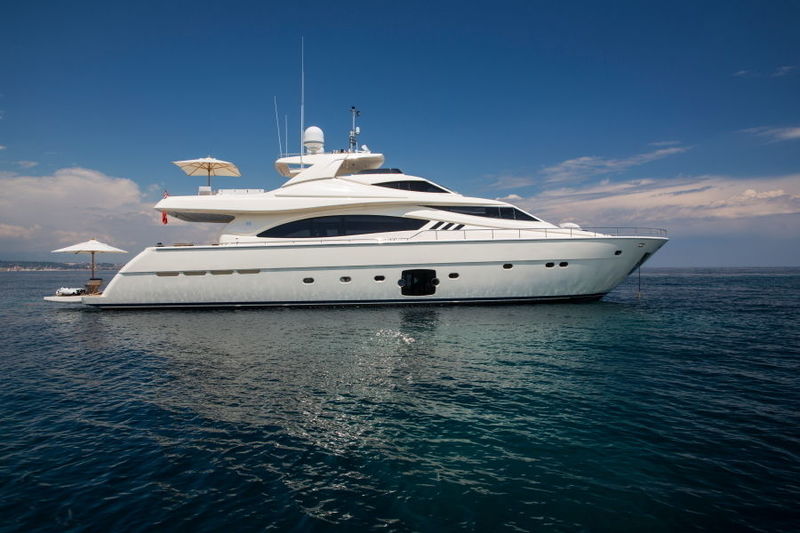 Built by the Italian yard Ferretti in 2008, this raised pilothouse motor yacht can accommodate up to nine guests across a master suite, VIP double and two twins, with a crew of four accommodated in two crew cabins.

Performance-wise, she is powered by twin MTU M93 engines, enabling her to reach a top speed of 32 knots and a cruising speed of 28 knots. Her elegant, modern interior is from the drawing boards of Zuccon International Project.

In terms of relaxation spaces on board, her main saloon features a full dining table for eight, entertainment systems, leather sofas and armchairs and more. This saloon leads out to the covered aft main deck with a table and chairs and stepped access down to the swimming platform. Moving up, the spacious flybridge is the main outdoor hub with u-shaped seating and a table, a navigation station and sunpads.

As an added bonus, both the main aft deck and flybridge can be closed in with awnings for added protection from the elements and to extend the living spaces in all weather conditions.

Powered by twin MTU M93 engines and cruising at 28 knots, reaching impressive maximum speeds of 32 knots, Avec moves effortlessly from port to port and is ideally suited to speed lovers. A generous volume ensures plenty of onboard spaces, with an elegant modern interior. 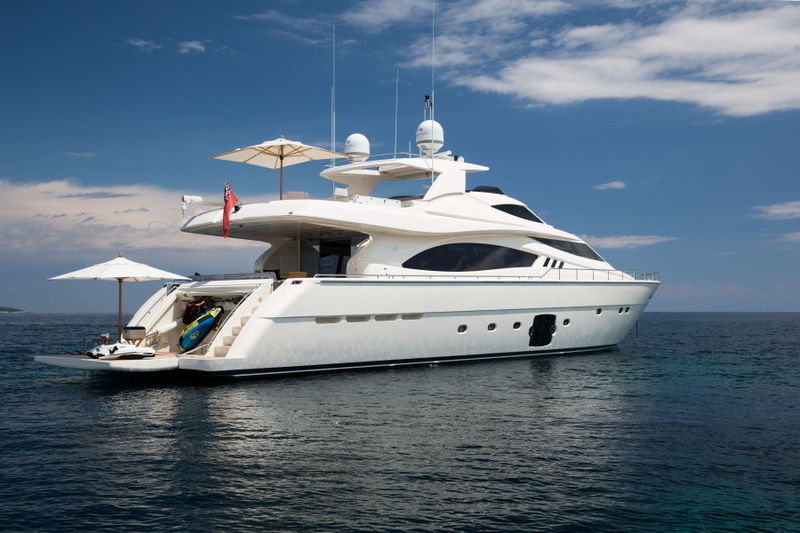