Permare’s 28.65-metre motor yacht Baccarat has been sold. Della Rugdee from Hong Seh Marine introduced the buyer, while it was sales broker and founder of Moana Yachting, Foulques de Raigniac who represented the seller, who thanked Rodolfo and Barbara Amerio of Permare with their help in getting this deal together. 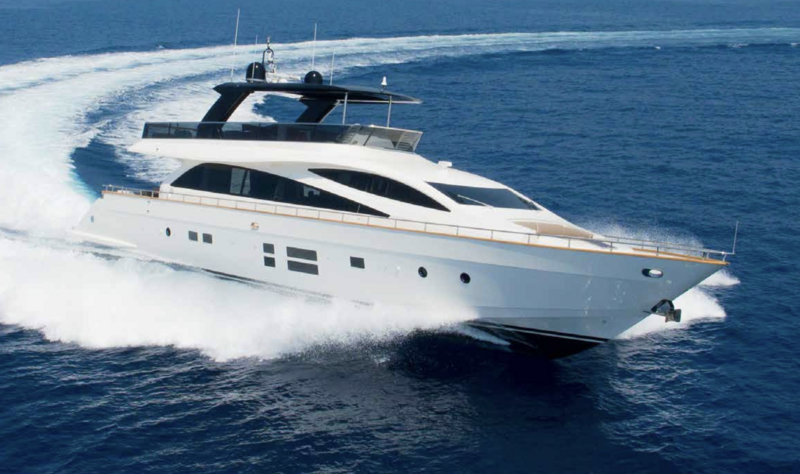 toBaccarat is a flybridge motor yacht that was launched in 2015. She was designed in full by her builder, Permare, and was the first of the Amers 94 series to grace the seas – there are now three others that have been built and delivered from the line. 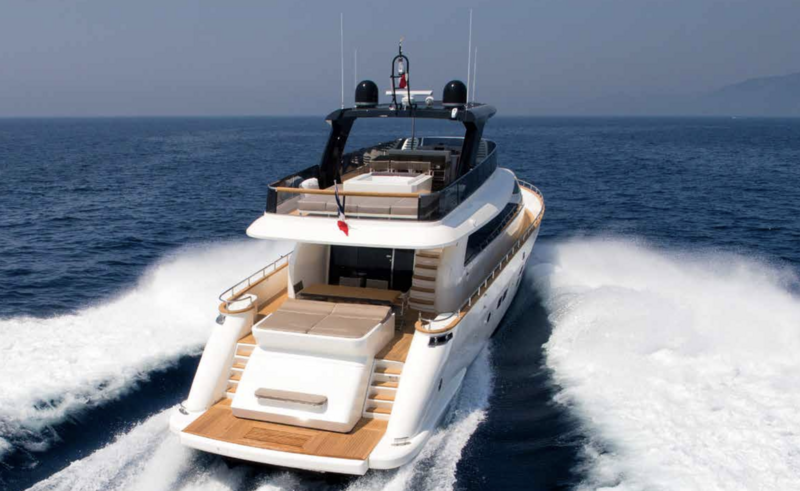 She’s been built to perform, and her exterior styling is a testament to this. She has sleek, sharp lines that curve around her bow to emulate her bullet-like agility. Her asymmetrical, parallel tinted windows give her a further edge of aggression. At a glance, Baccarat looks to be all might and no play, but first looks are deceptive. 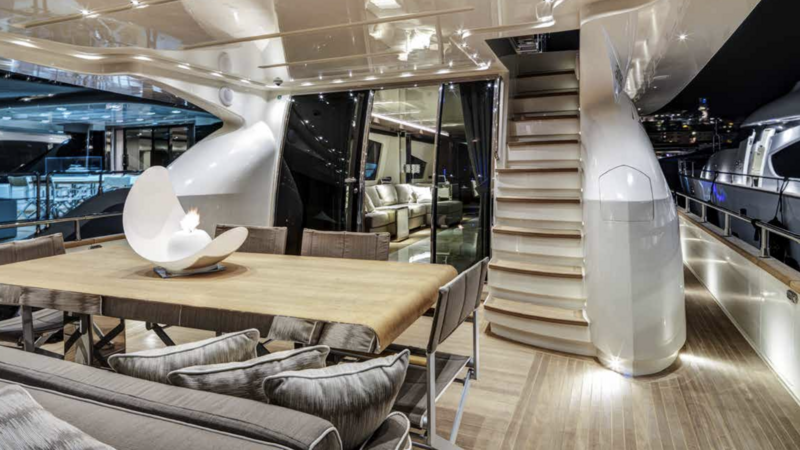 Baccarat features heaps of outdoor living: a C-shaped sofa to bow, the main deck equipped with sun loungers, and cascading stairs down to an extendable swim platform. She also has an impressive sun deck fitted with a Jacuzzi and ample space for alfresco dining. 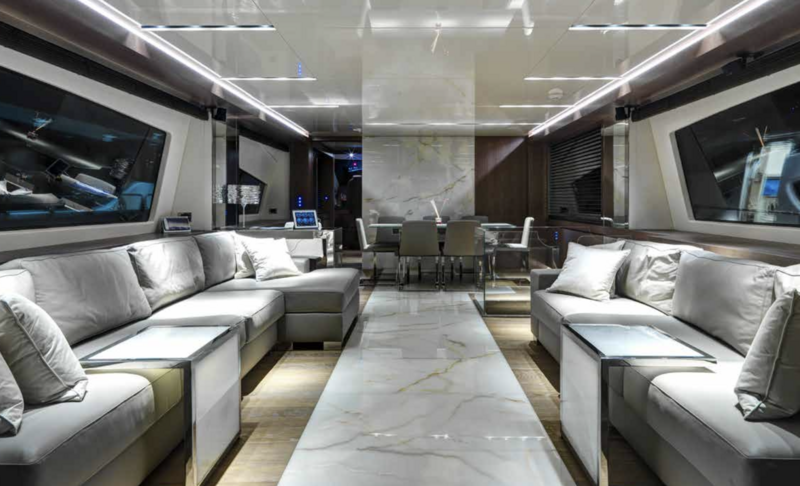 Permare has kitted her interior out with a stately decor, which makes use of a neutral palette and a whole host of materials, ranging from teak paneling to marble flooring. She can accommodate up to 8 guests across her four staterooms, including a full-beam master suite. 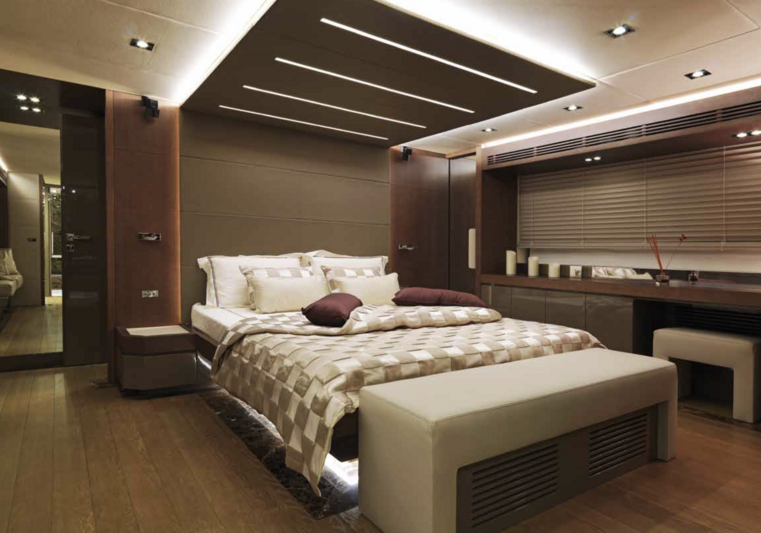 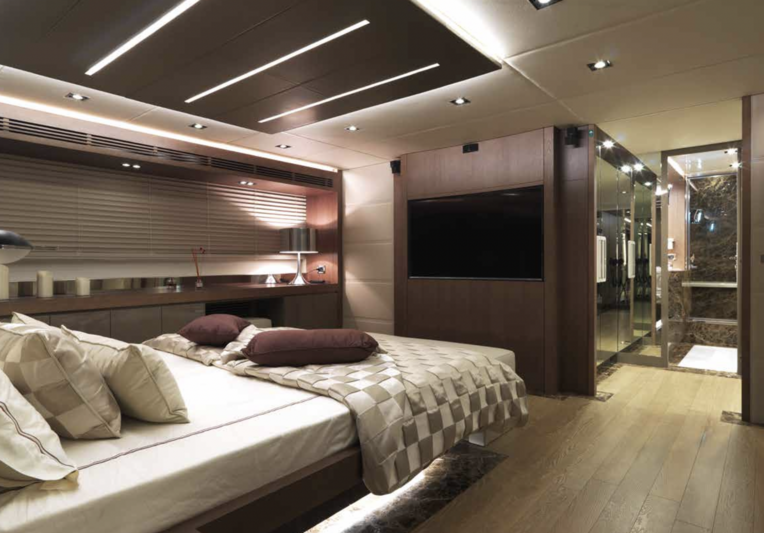 In terms of performance, Baccarat is lightning fast. She has a full grp hull and superstructure which paired with her 3 D13 Volvo Penta engines allow her to cruise comfortably at an eye-watering 26 knots. When at full bore, Baccarat can hit speeds of 30 knots. 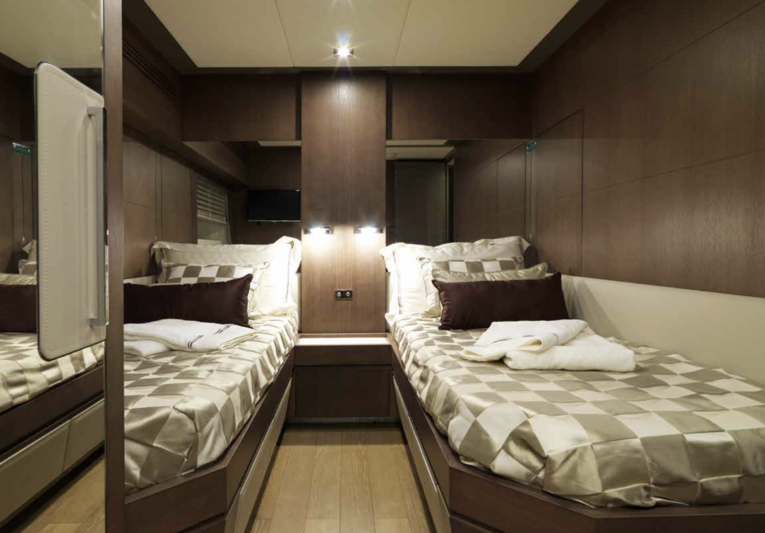 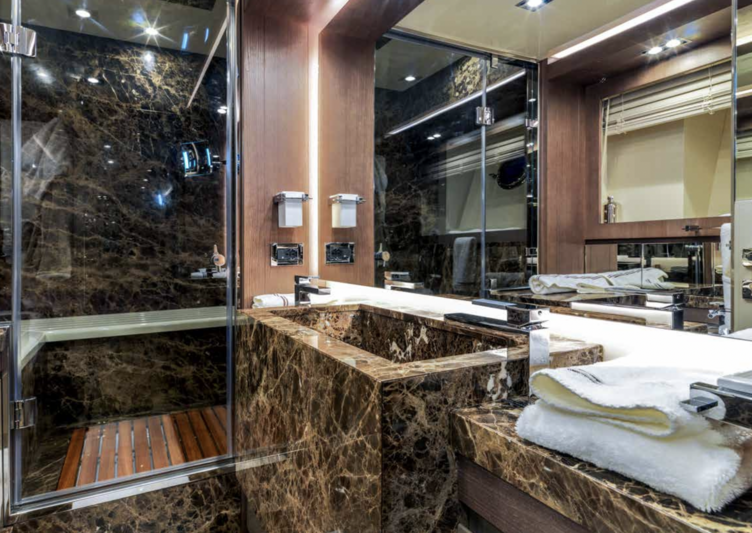 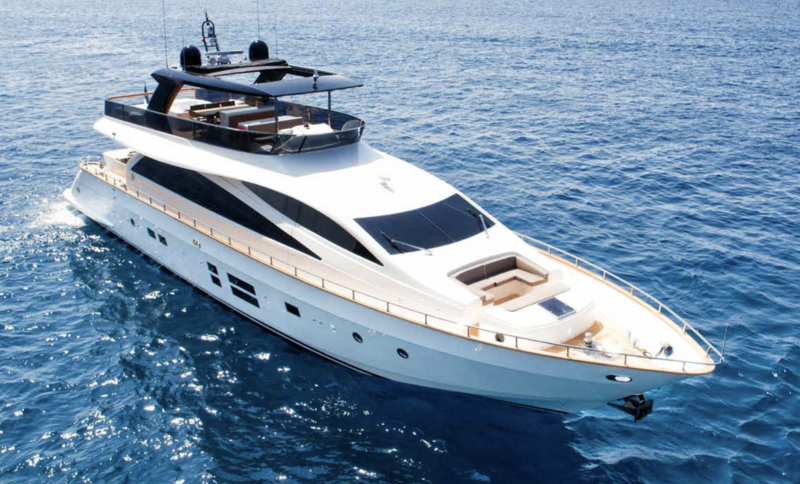