The 30.48 metre FC100 yacht, which will be named Nomad IV, left the Maxi Dolphin shipyard to be transported to Marghera, near Venice (Italy), where construction works will continue until mid-July 2013 when it will be finally handed over to its owner. 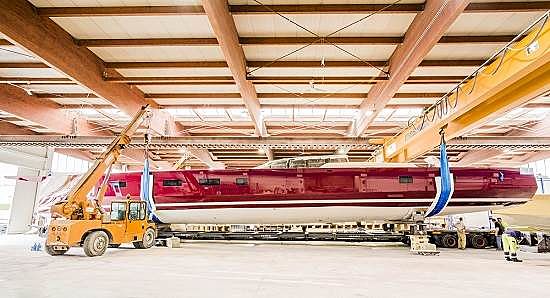 Designed by the French naval architects Finot-Conq, it has sleek waterlines with its hull and superstructure built entirely of carbon fibre and Nomex, which, with 51 tons of displacement, will guarantee outstanding sailing performance.

The “racing” style of the yacht is given by the shape of the hull with its prominent hard chine running from bow to stern, 9 tons of ballast on each side, lifting keel and two rudders. 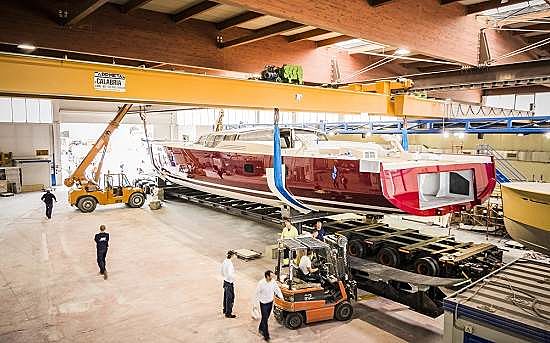 The “cruiser” element of the yacht is expressed by its stylishly minimalist interior layout, designed by Pierre Frutschi and developed and implemented by Maxi Dolphin’s design office in close collaboration with the owner.

The elegant living spaces and cabins, designed and planned by the architect Pierre Forgia’ of Finot-Conq architects, are very comfortable and the yacht can accommodate up to 12 guests in addition to the crew.

Following tests and sea trials (800 miles of sea trials are planned), an intense season of racing is planned for the FC100, starting from the Maxi Yacht Rolex Cup in Porto Cervo, Sardinia.