Ultimate Catamarans has released its latest concept: the 29.5-metre Spaceline 100 eco-friendly catamaran yacht. With over 800 square-metres of living spaces on board, designers say the concept was developed to maximise “space for your freedom at the sea." 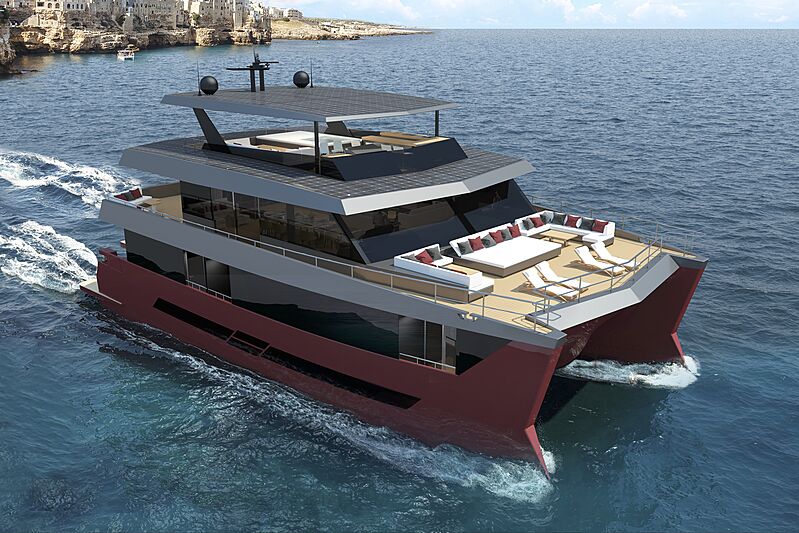 Eco-friendliness is at the epicentre of the Spaceline 100, which can be built in a solar, power, or hybrid version. Each version includes a hull designed for reducing resistance, which also serves to minimise energy consumption. The solar and hybrid versions are powered entirely by batteries and solar cells, requiring no generator while at anchor. Depending on weather conditions and on board consumptions, the catamaran can have an unlimited range when cruising in electrical mode. The power and hybrid versions of this new concept both sport double diesel engines.

Inside, the main saloon and cabins each have 2.2-metres of headroom, creating an open and airy feel. The yacht is customisable but her traditional design features a main saloon with a  formal dining area and multiple seating areas. Both forward and aft are additional lounge areas. 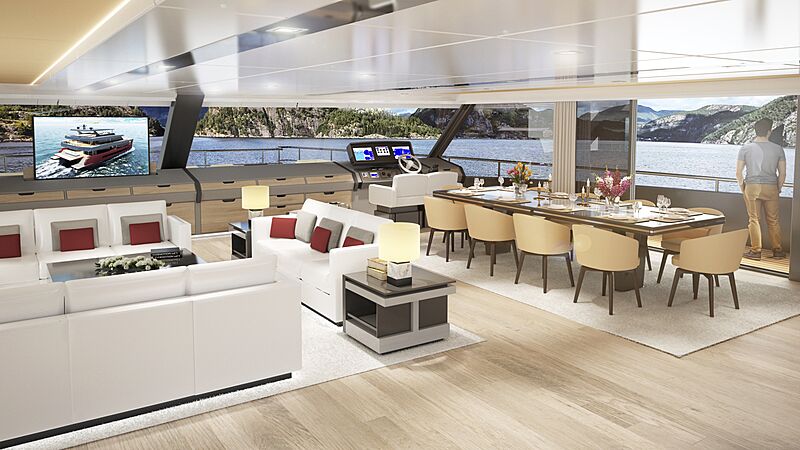 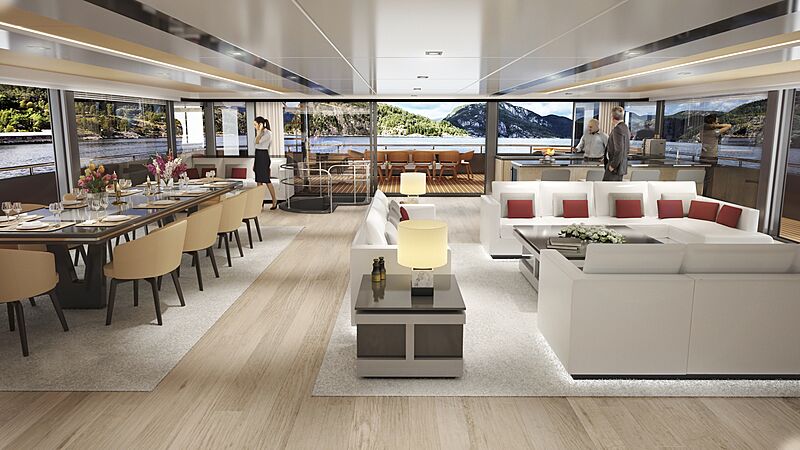 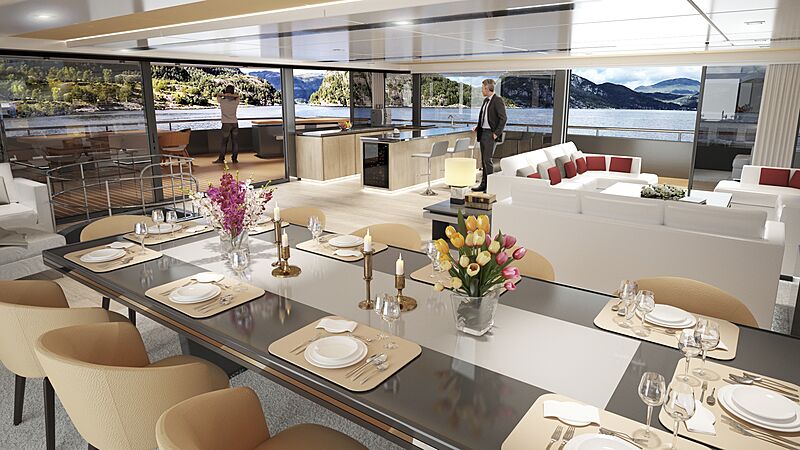 Outside, the catamaran’s flybridge is home to a Jacuzzi, bar, and additional seating area. 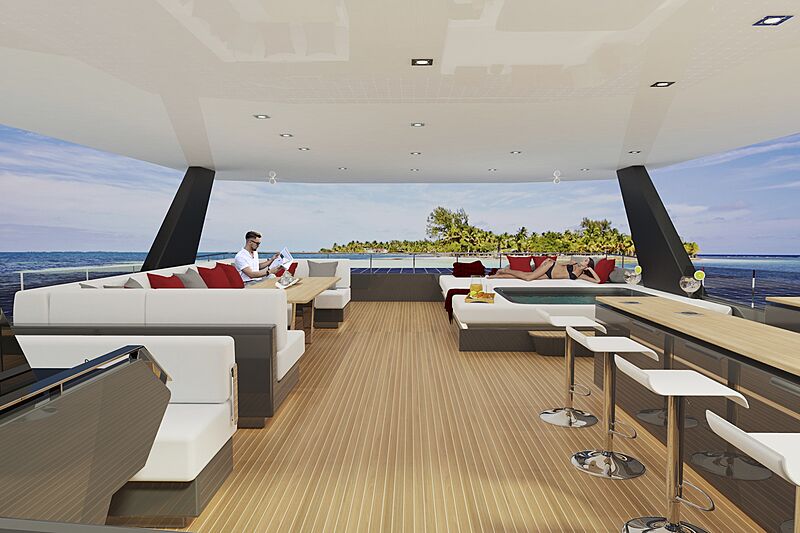 The four-deck yacht can accommodate up to 12 guests across five staterooms, comprised of four VIP guest cabins each outfitted with a private balcony and a master cabin featuring two balconies. Guests are taken care of by a crew of six. 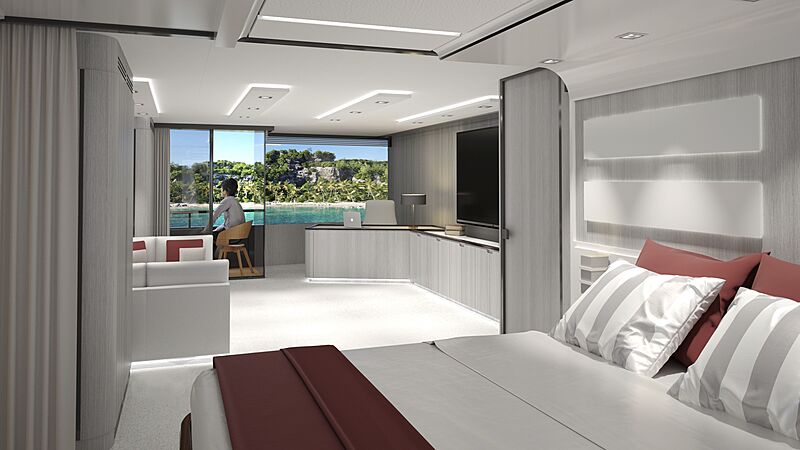 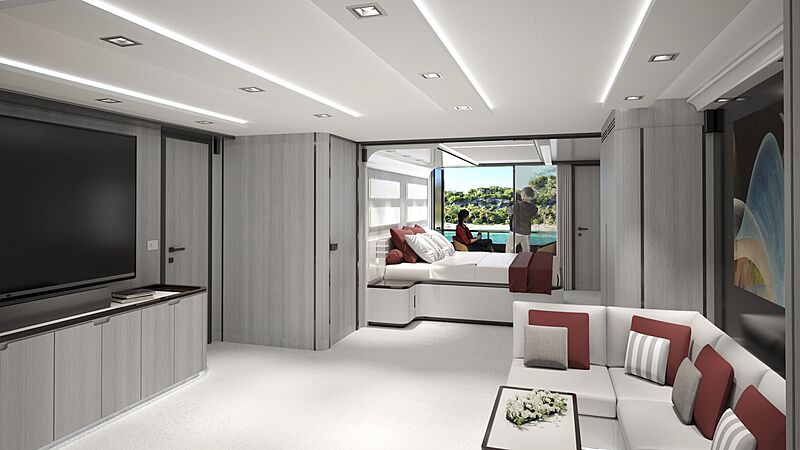 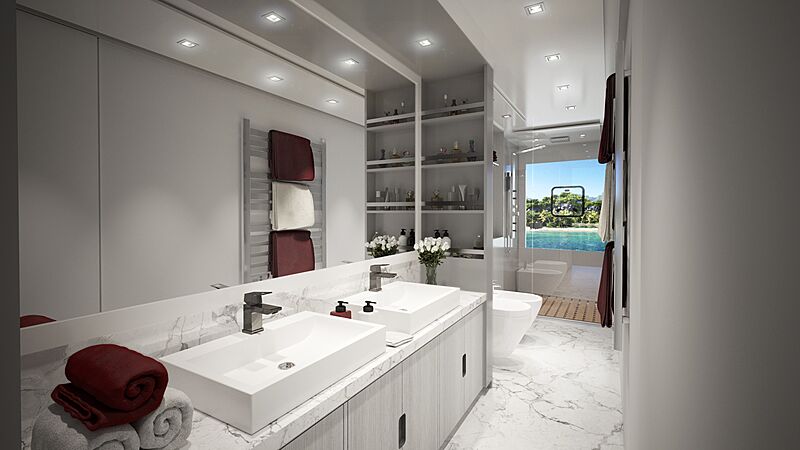