The 31-metre superyacht Francesca has been launched by CCN. 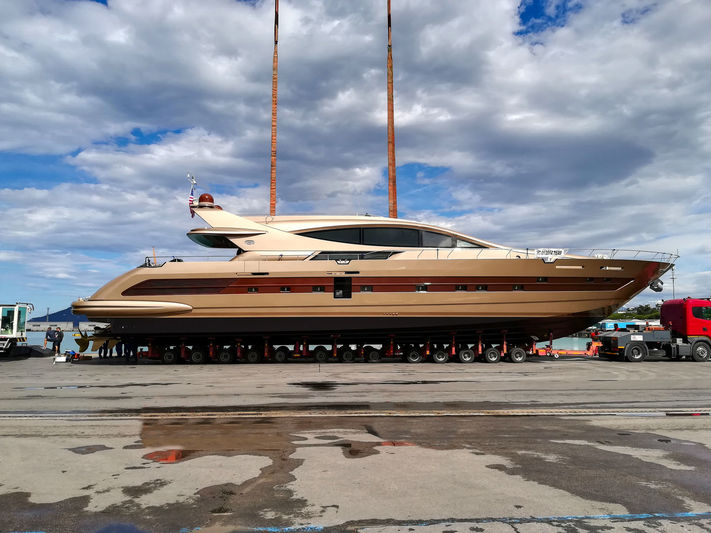 Francesca features a metallic light-champagne colour both inside and out. Interior designer Tommaso Spadolini included an open style country kitchen on the main deck. Natural light will be allowed to flow into the main salon via large windows which can be shaded by an electrically-driven liquid-crystal film. Furnishings aboard Francesca combine classical and bold styles which make their way into the sycamore, dark wood, glass and metal found inside.

With a flybridge of over 23 square metres, an icemaker, a barbecue, a tropical air-conditioning system and a custom-made refrigerator, Francesca is more than well equipped for tropical cruising. Additionally she has a limited draught of only 1.2m which allows her safe and speedy access to shallow shores.

Francesca is powered by her two MTU 16V2000 M96L engines which allow her a maximum speed of 38 knots and an average cruising speed of 32 knots with a range of 400 nautical miles.