Last week, I visited superyacht Heliad II, which was launched today by Lynx Yachts in The Netherlands. The yacht measures 33.40 metres long, and is designed by Diana Yacht Design. Heliad II, built with a steel hull and aluminum superstructure, is perhaps the most spacious 33 metre yacht I have visited so far, and is built to very high standards. 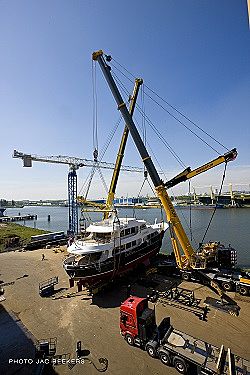 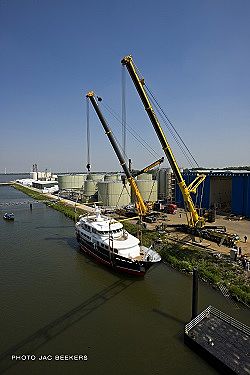 I discovered the yacht's layout is much the same as on 45 metre superyachts, with two double guest cabins and two VIP cabins situated aft on the lower deck, and a master stateroom located forward on the main deck, complete with a large bathroom and plenty of storage space, as well as a walk-in wardrobe. Despite the yacht's traditional exterior look, the interior, styled by Weber Yacht Design, is modern and bright, using several light woods. The main aft deck has several seats and a large table which makes it a perfect place for alfresco dining. 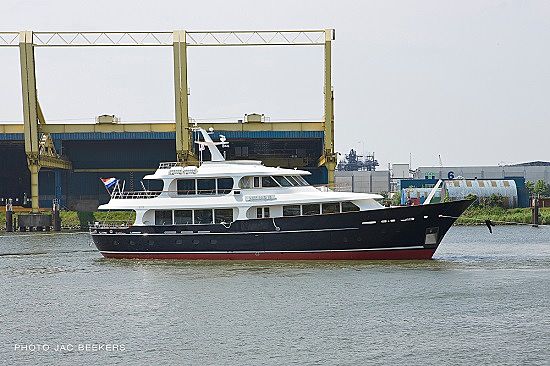 The crew area forward on the lowerdeck accommodates 5 crew members, including the captain, in three cabins. The designers decided not to place the captain's cabin behind the bridge, but instead opted for a generous upper deck saloon, with a refreshing and highly practical layout. Outside, there is plenty of room for sunbathing on the aft cushions.

The sun deck, which when needed can be covered by large awnings, has several seating areas, and has a flexible layout, using mostly free standing furniture.

SuperYachtTimes.com will feature the yacht in more detail on these pages next week.