Van der Valk Shipyard has just announced that the 33.74-metre yacht, Blue Jeans, is currently in build at the Dutch shipyard. The custom motor yacht is being built for a client in the Far East and is expected to be delivered in 2022. 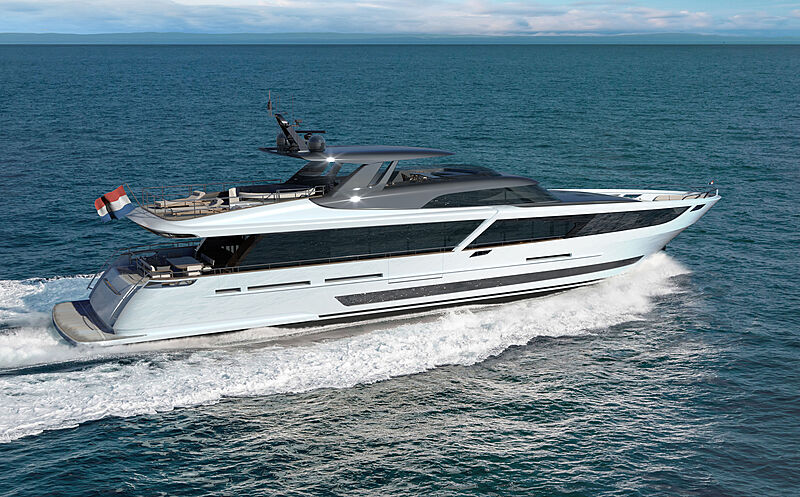 Photo: Van der Valk ShipyardBlue Jeans’ naval architecture has been designed by her Dutch builders with both an interior and exterior designed by Guido de Groot Design. She will be able to accommodate guests across one owner’s cabin, two VIP cabins and one twin guest cabin. 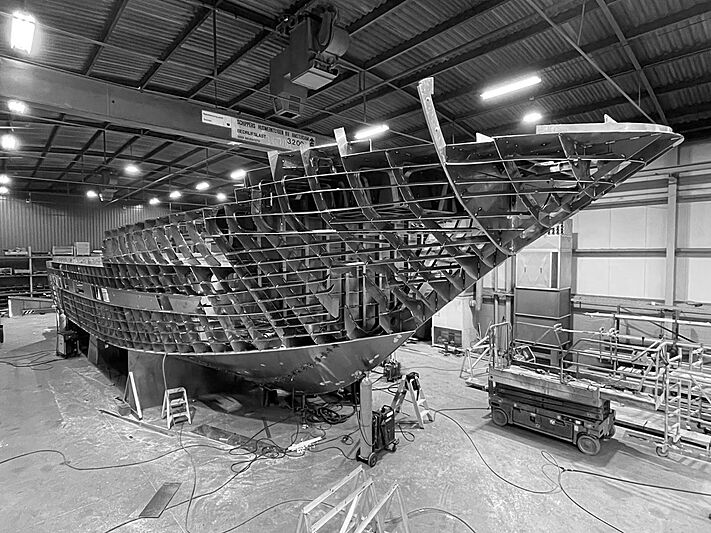 Photo: Van der Valk ShipyardGuests can enjoy a large lounge featuring a bar, three separate seating areas, and a dining quarter with a convertible table. The table will be able to automatically double in its seating capacity, while maintaining its circular shape. 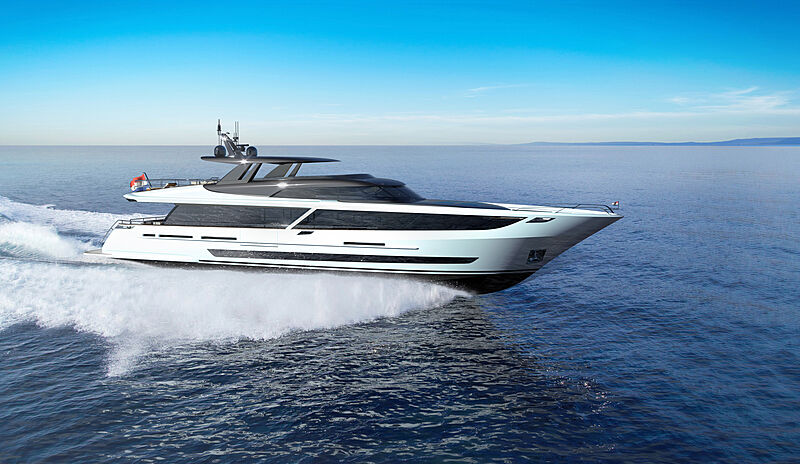 Photo: Van der Valk ShipyardOutside, she will host a large garage for a Carbon Craft CC130 turbojet that can be launched from the hydraulic swim platform. For direct water access, Blue Jeans will feature a retractable diving board integrated into the flybridge bulwarks and balconies on the main deck to both port and starboard, from which guests can dive directly into the sea. 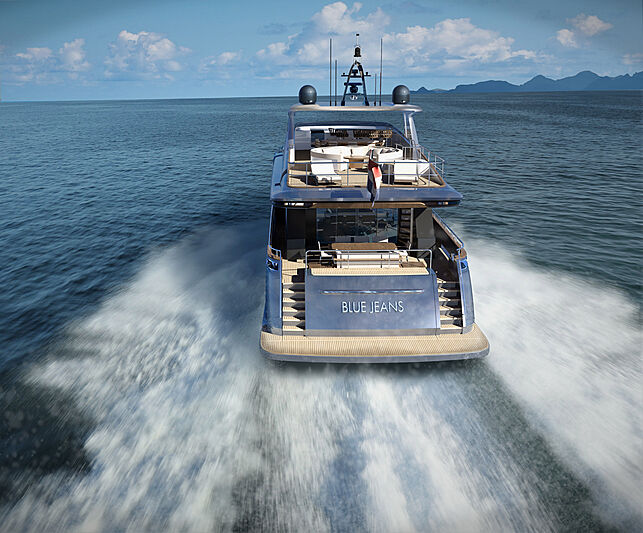 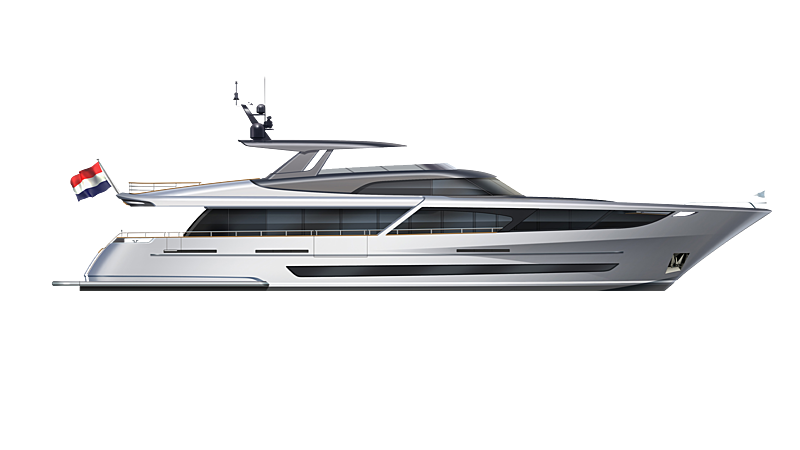