The 34.95-metre yacht Pida has been sold after less than 8 months on the market. The deal was concluded with Cornelius Gerling of Edmiston representing the seller and Luca Gianardi of Master Brokerage acting on behalf of the buyer. 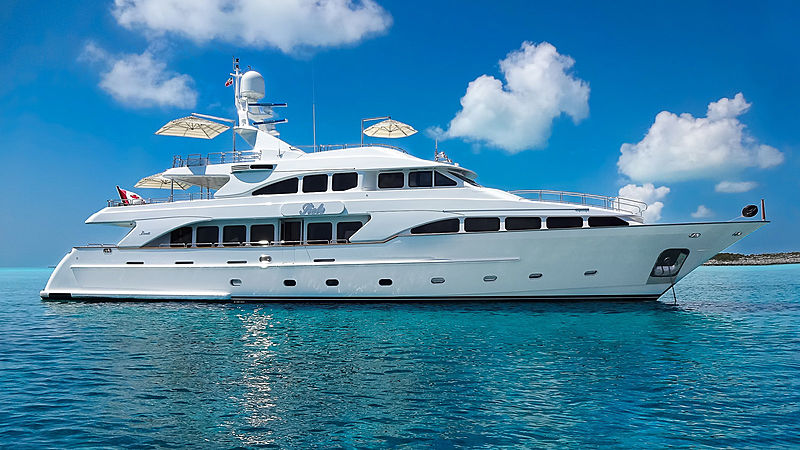 Photo: IYC YachtsPida was built by Benetti in 2000 as one of more than 25 units of the Benetti Classic 35 model. The superyacht features exterior architecture penned by Stefano Righini Design and an original interior design by Zuretti Interior Design. In 2014, the 247 GT superyacht underwent an extensive €3,000,000 refit in 2014, had a full exterior repaint in 2016 and passed her 20-year ABS survey in 2020. 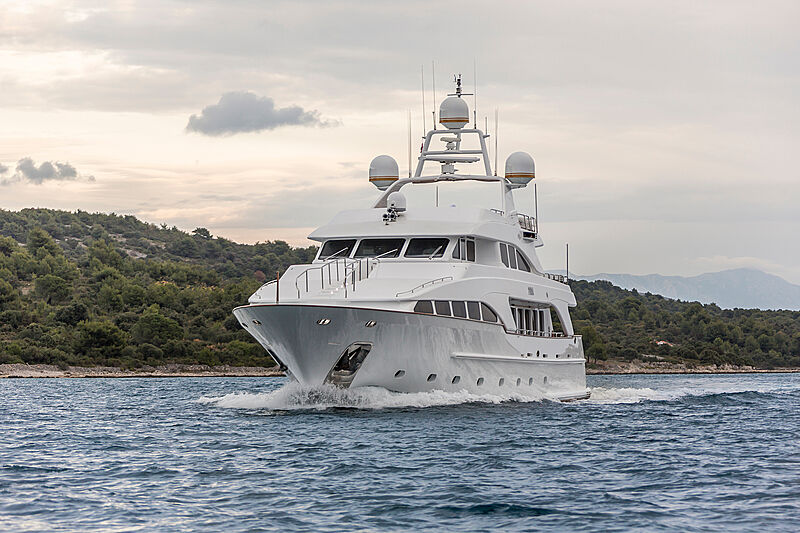 Photo: EdmistonHer ornately-decorated interior is adorned with four-karat gold as well as Versace fabrics throughout. Pida can accommodate up-to 10 guests across five staterooms consisting of a main deck owner’s suite complete with a king-size bed and walk-in wardrobe, two VIP cabins and two twin cabins situated on her lower deck. 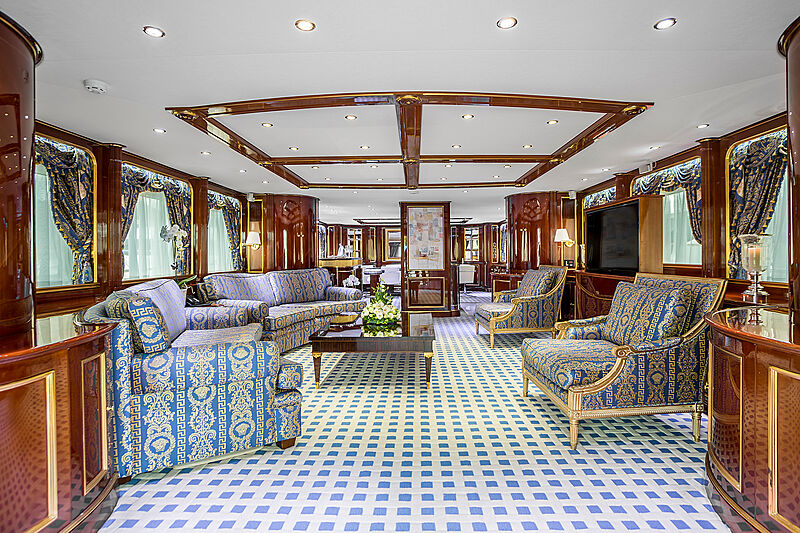 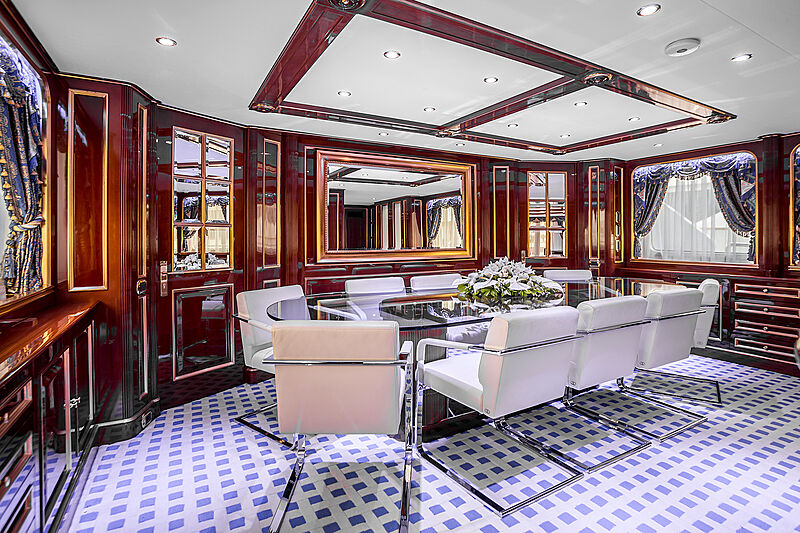 Photo: EdmistonSome of Pida’s standout features include her spacious main deck aft, which includes an alfresco dining and lounge area, and a Jacuzzi situated on her sun deck, which offers panoramic views. She also carries her vast array of tenders and toys such as a 4.6-metre Novurania tender, a Sea-Doo, a SeaBob, waterslide, water-skis and full diving equipment. 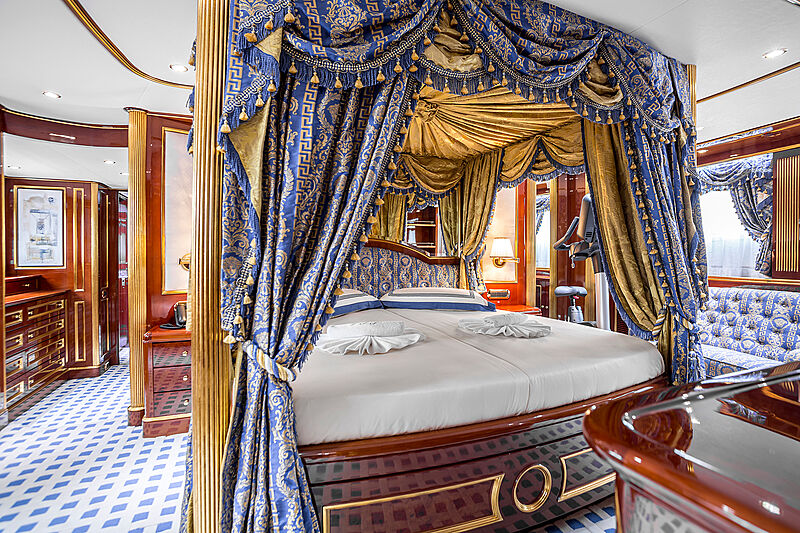 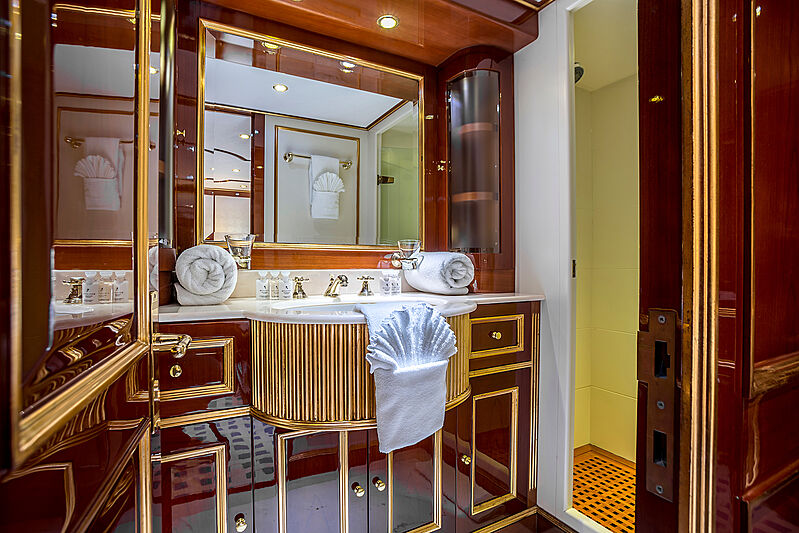 Photo: EdmistonPerformance-wise, Pida has a range of 3,300 nautical miles while cruising at 15 knots and can reach a top speed of 16 knots. She sports twin MTU 12V 2000 diesel engines. 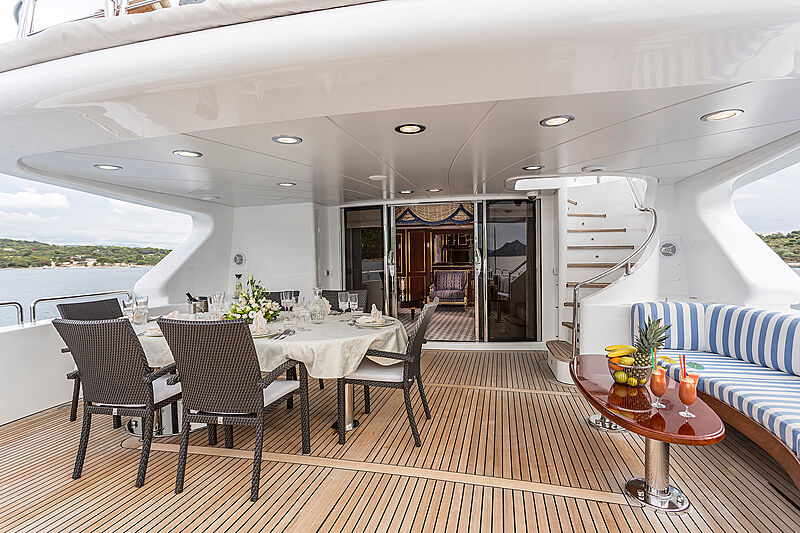 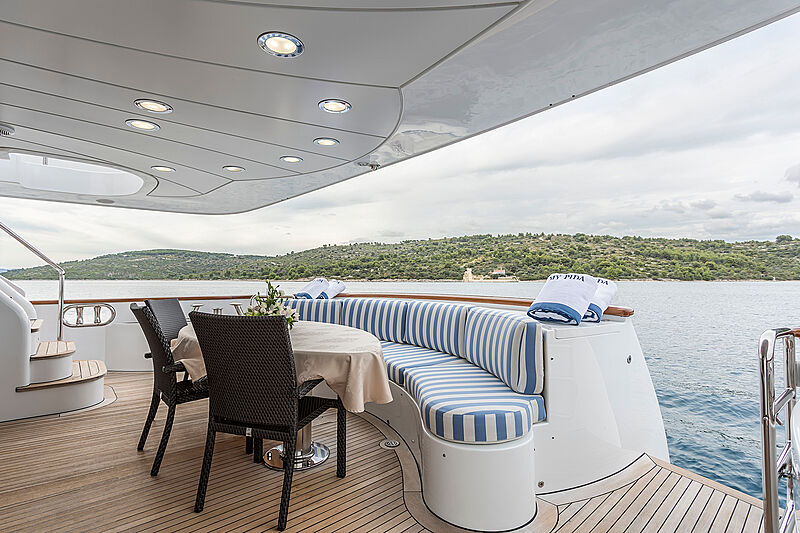 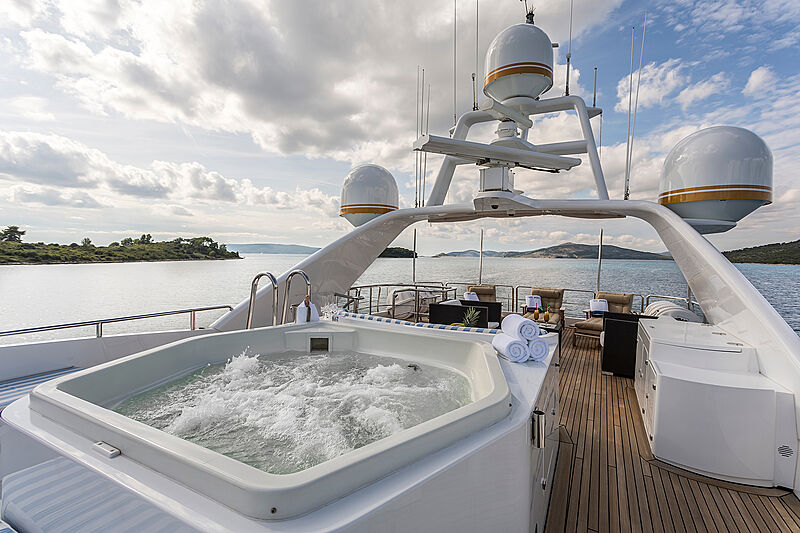