The 36.58-metre motor yacht Charisma, listed for sale by Kurt Bosshardt at Denison Yacht Sales, has been sold with Tom Downey from Downey Yacht Sales introducing the buyer. 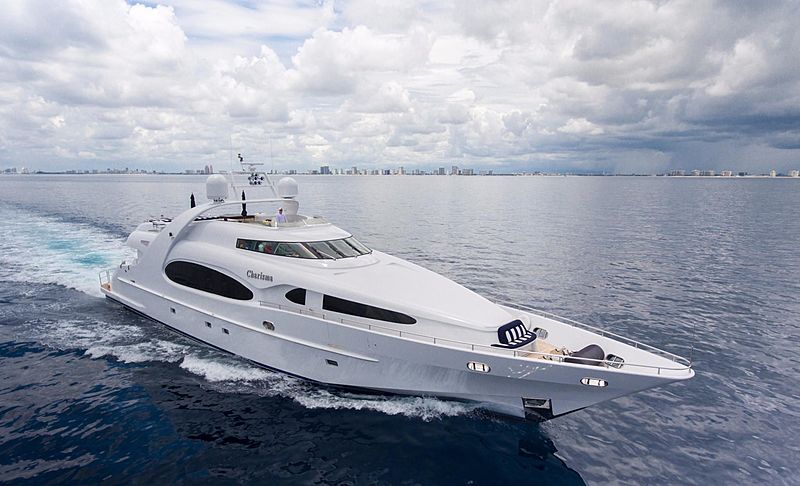 Photo: Denison Yacht SalesBuilt in GRP by Danube Marine Consulting, Charisma features a design by Dutch designer Frank Mulder and was launched in 2005, with interiors from the drawing boards of the German studio, Egg and Dart.

On board, she accommodates up to eight guests split across four staterooms, comprising one owner's cabin, two doubles and one twin, with a crew of six also accommodated for on board. The main deck master suite boasts a king-size bed, settee, six hanging wardrobes and his and hers en-suite bathroom with shower and bath.

Powered by twin Caterpillar Inc 3516B engines, Charisma cruises at 16 knots and can reach a top speed of 19 knots.