Since the signing of their largest superyacht to date early this year, Mulder Shipyard have rapidly progressed with the construction of the 36 metre project BN 105. The completed hull and superstructure is being moved today through the Dutch countryside to reach Mulder’s facility in Zoeterwoude where the vessel will be completed. BN 105 is expected to be ready for cruising in the summer of 2017. 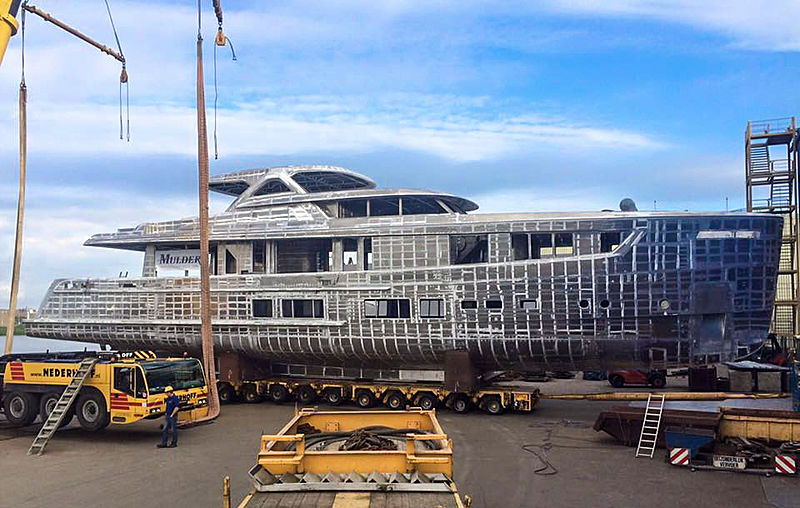 Following the successful deliveries of the first Mulder 94 VoyagerFireflyand the 34 metre superyachtSolislast year, the yard feels their new project is a natural progression of their abilities and proves their intent as a serious contender in the custom yacht building market. The yacht is based on a patented Fast Displacement Hull Form (FDHF) designed by Van Oossanen Naval Architects, with the yard working together with British design studio Claydon Reeves who has continued a somewhat familiar exterior design in their second ever project with Mulder Shipyard.As withSolis, International Yacht Register will be representing the owners throughout the build. 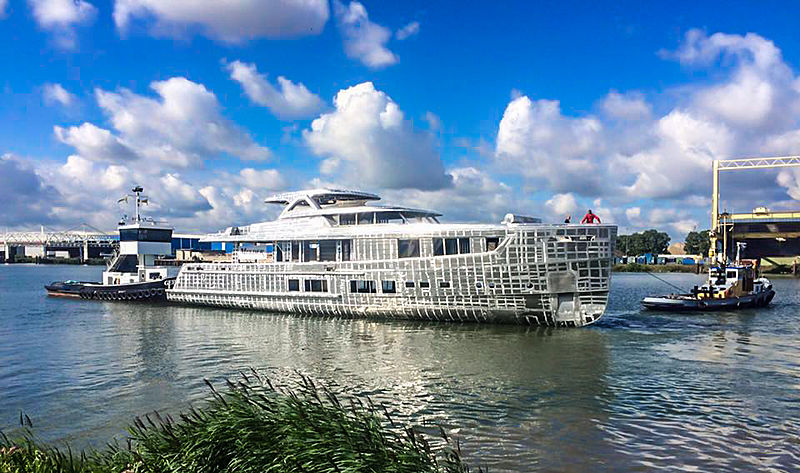 Inside, five generous cabins, making the most of the full beam design, will accommodate up to 10 guests in absolute comfort and style. Natural light is a key element as part of the interior ambience, a feeling that will be realised through the use of full height windows on main deck with the addition of a side folding balcony. 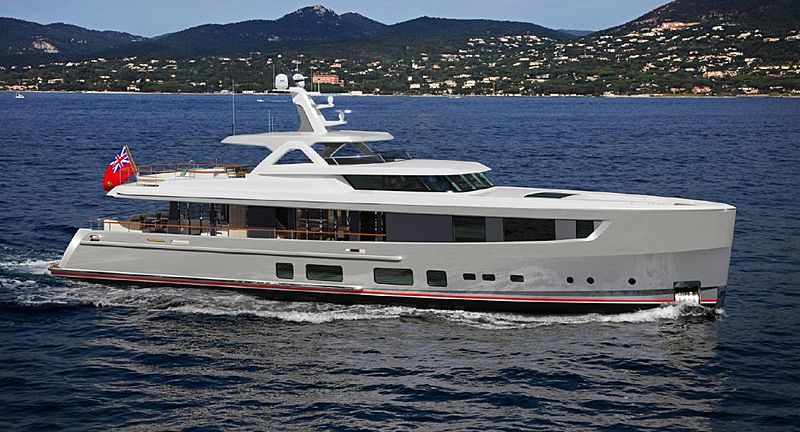