Dutch design firm, Vripack, and the Turkish shipyard, RMK Marine, have released the details of their latest superyacht design collaboration, the 37-metre RMK 120. The superyacht, named Seven Seas, is currently in build at the RMK Marine facilities in Istanbul. 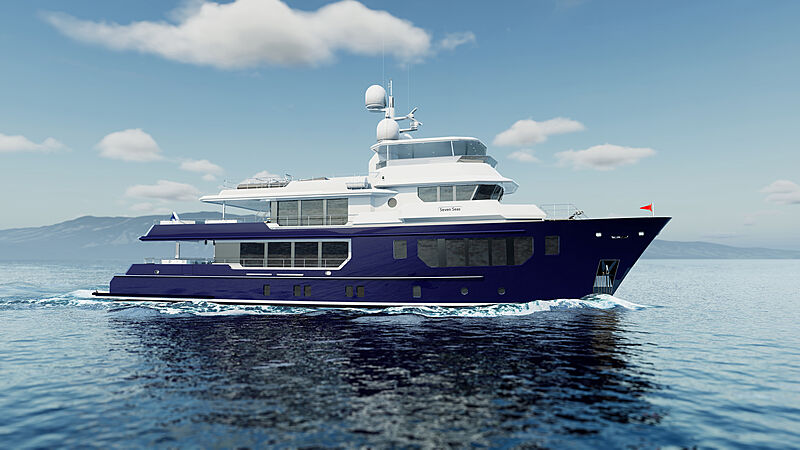 Seven Seas is described by her designers as a “pocket-sized explorer imagined on a grand scale”, incorporating aspects typically found in explorer yachts much larger into her sub-500 GT interior. Despite her size, Seven Seas has been designed for long-range cruising and is constructed from steel. 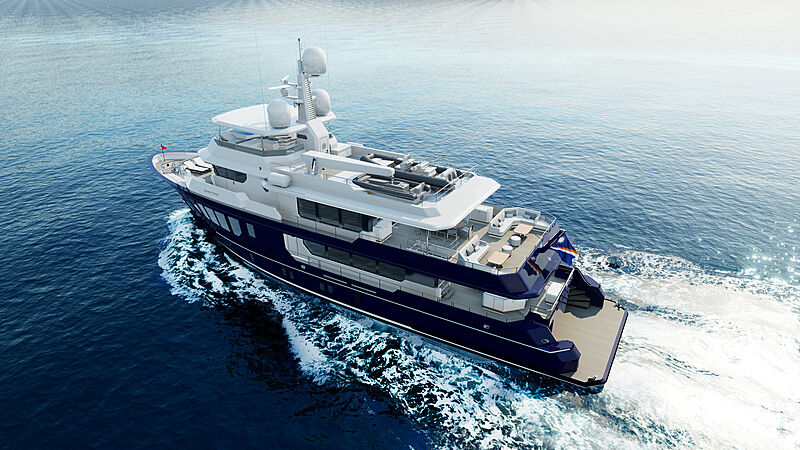 The explorer superyacht has been designed for an experienced owner who outlined a specific project briefing for Vripack and RMK Marine. Her owners wanted a superyacht that struck a balance between a trawler-style yacht, with masculine lines, and a friendly family focused design. Her resulting exterior aesthetic is reminiscent of Vripack’s previous explorer vessels and is characterised by an extensive use of windows, which flood her interior with natural light and unobstructed views. 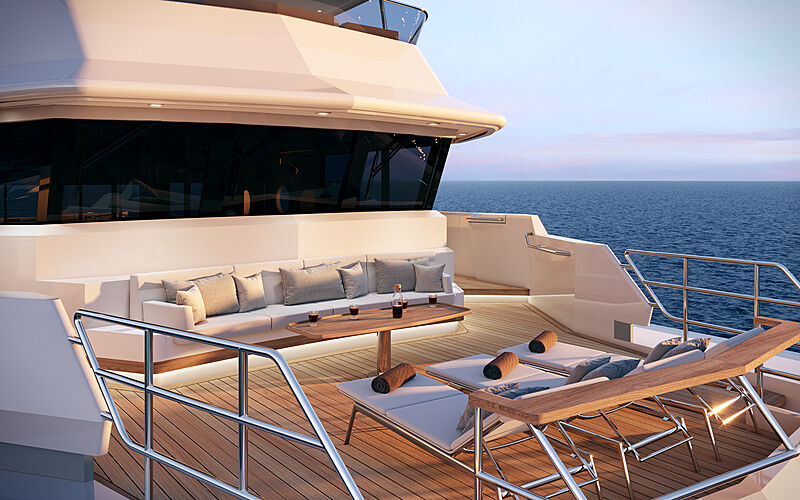 Vripack co-creative director Bart M. Bouwhuis explains, “The owners wanted their next boat to be big, but not so big that it couldn't access beautiful ports and bays. They were keen to design a pocket explorer. For them, that meant everything that you typically have in a 50-metre, 500 GT boat, including proper tender carrying capacity when cruising in different regions.” 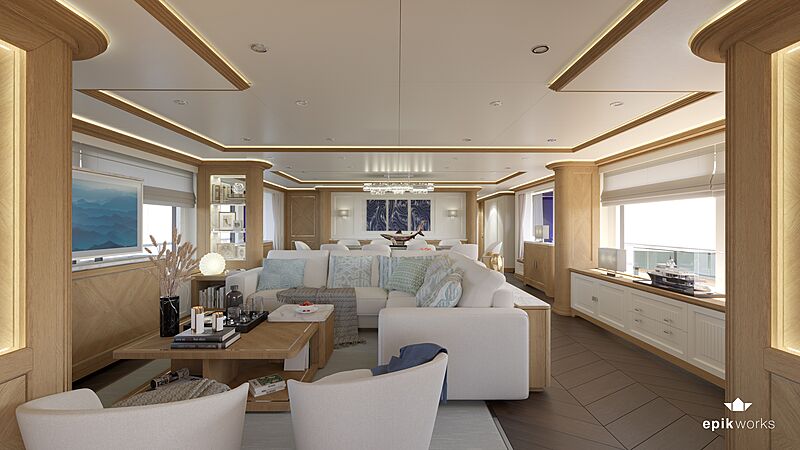 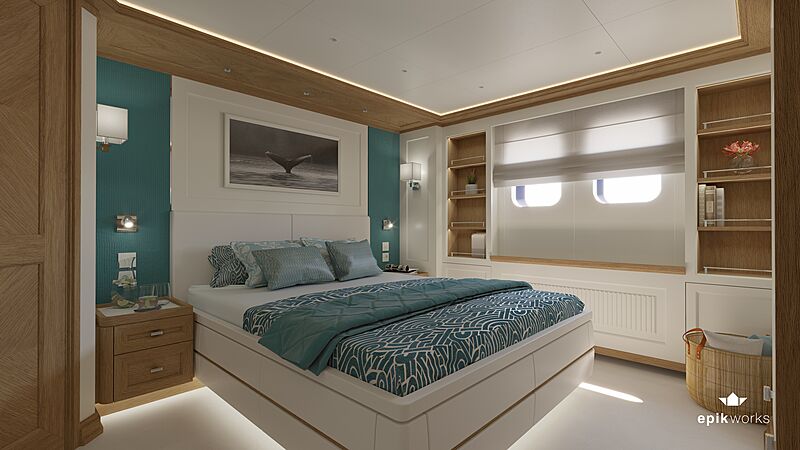 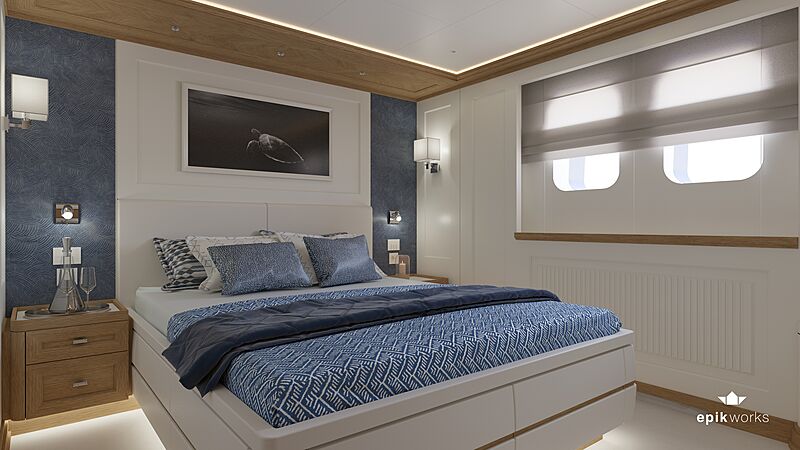 Photo: EpikworksHer deck space has been designed to capitalise on her surrounding views, such as on Seven Seas’ top deck which features a Jacuzzi, bar and seating area. At her main deck, she offers al fresco dining. 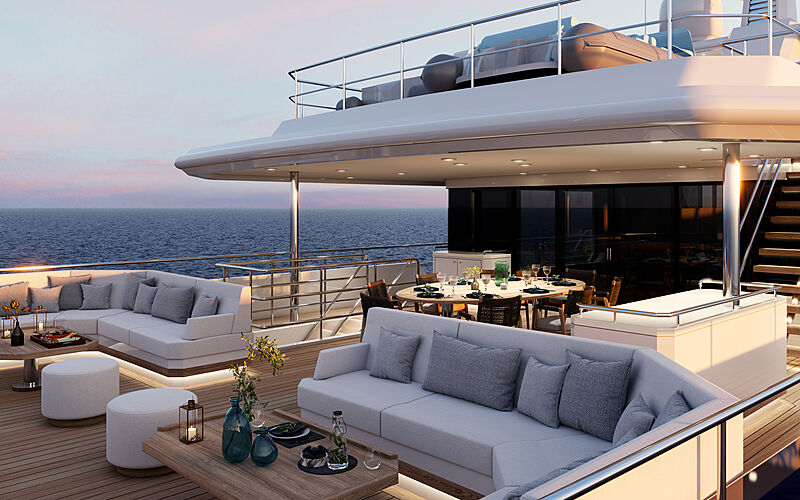 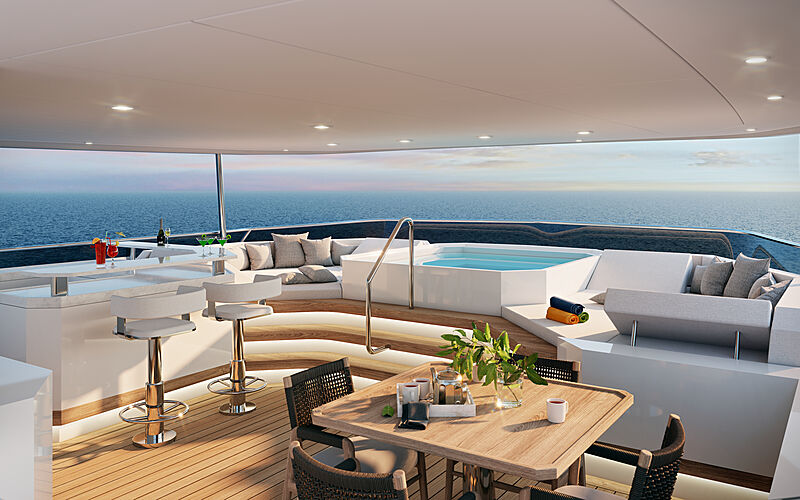 In line with Seven Seas’ explorer abilities, she hosts an array of tender and toy storage on board, such as 55 square metres of deck space dedicated to the storage of two 7.5-metre tenders. Additionally, she features a spacious lazarette for water toys.

On board: New pictures of the 42m explorer yacht Crowbridge

The explorer yacht Ragnar in Viareggio