The 37.49-metre sailing yacht Galileo has been sold in-house, Northrop and Johnson have announced, with Jochen Brill representing the buyer and Joost Goverts and Michael Nethersole representing the seller. 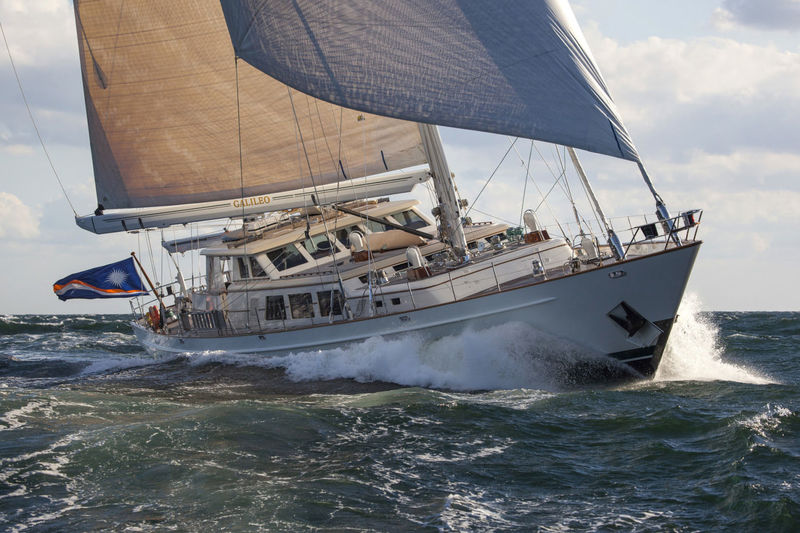 The custom ketch was built in 1989 by Palmer Johnson and underwent an extensive refit in 2011. She is presented to her new owner in top condition and is ready to circumnavigate the world. Galileo features exterior design from the New-York based studio Sparkman & Stephens and interior design from the British company John Munford Design.

On board, she accommodates six guests across three spacious staterooms, comprising a master suite, a double stateroom and a twin cabin. A crew of six is also accommodated for on board.

Her interior features matte-varnished teak, high-quality cabinetry and images of Galileo the astronomer carved into the backs of the chairs. She also boasts vast deck space and an aft deck which can carry two tenders, keeping her foredeck clear.

With one diesel MTU 540 hp engine on board, Galileo has a top speed of 12.5 knots and a cruising speed of 11 knots.