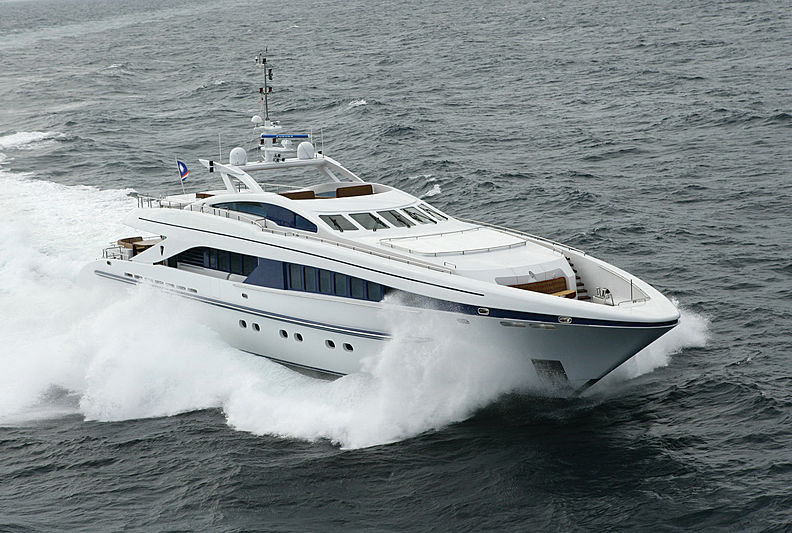 Photo: Ocean IndependenceMan of Steel (ex: Totally Nuts ) was built in aluminium by the Dutch yard Heesen, delivered in 2005 and underwent a refit in 2013. She features exterior styling and interior design by the Netherlands-based Omega Architects.

On board, she accommodates up to 10 guests across four cabins comprising a master suite, two double rooms and a children's room. A crew of six is also accommodated for on board.

Powered by twin 3,650hp MTU diesel engines, Man of Steel has a top speed of 31 knots and a cruising speed of 28 knots.