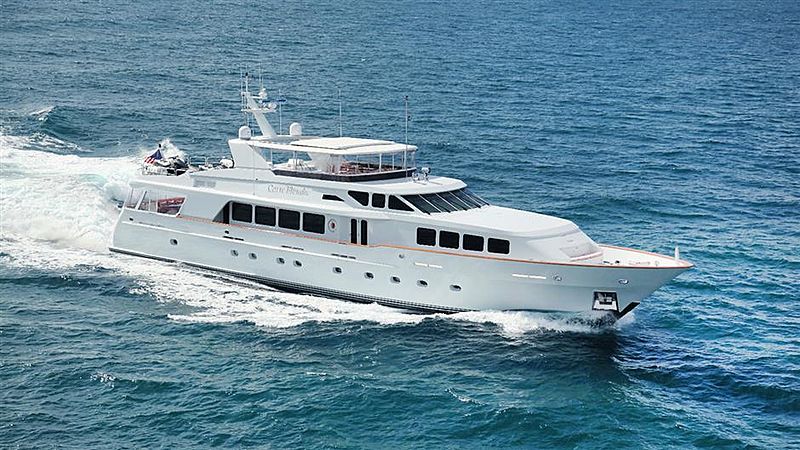 The vessel underwent an extensive refit in 2014, including the addition of all new carpets and artwork, with other refits and mechanical upgrades also taking place in 2015 and 2018.

On board, she accommodates up to 11 guests across five staterooms. The full beam master suite is located below aft. A large queen VIP is located forward with additional accommodation provided by two queens and one twin with a Pullman berth.  A crew of six is also accommodated for on board.

With Art Deco the prevailing inspiration behind her interiors, the main saloon features two Art Deco motif columns separating the dining space from the main salon, where an L-shaped sofa, games table, wet bar and oversized armchairs can also be found. The dining space is home to a formal dining table with seating for up to 10 guests. 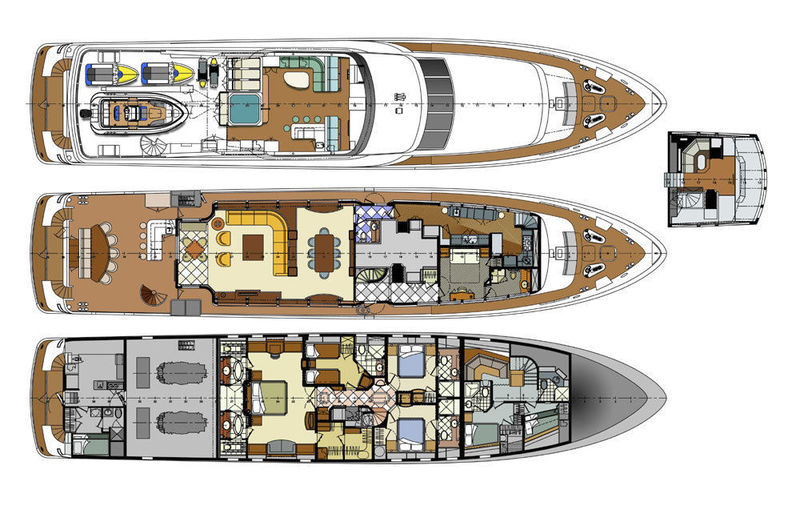 Photo: Trinity YachtsMoving outside, motor yacht Carte Blanche features a sundeck with wet bar, chaise lounges, Jacuzzi and L-shaped seating. The swim platform can be accessed from the aft deck, where another wet bar and large dining table can also be found.

Powered by twin MTU 16V2000 1851 HP engines, Carte Blanche can reach a maximum speed of 21 knots and a cruising speed of 15 knots, with a range of 4200 knots at 12 knots. Thanks to her shallow draught of 1.91 metres, Carte Blanche can easily access shallow anchorages, making her ideal for Bahamas cruising.