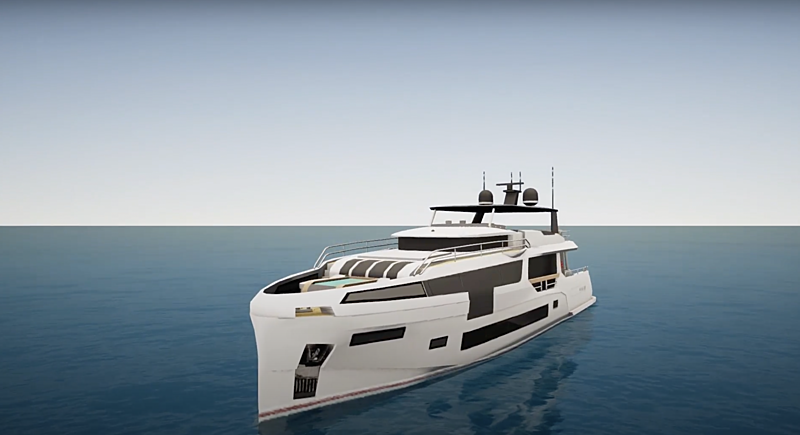 The 26.81-metre yacht features naval architecture from Buenos Aires-based firm, German Frers. The superyacht’s exterior is the result of a collaboration by German Frers and Cor D. Rover Design. Her hull is constructed from GRP and her superstructure is carbon fibre.

Sirena 88 can accommodate as many as 10 guests across her five staterooms. She also accommodates a crew of four. 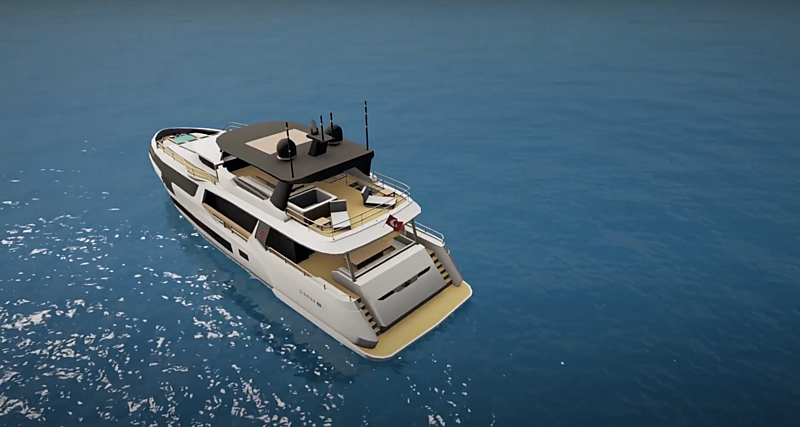 Her decks are complete with two Jacuzzis, one to the stern and one situated on her flybridge, as well as several lounge spaces complete with sunbeds. To her stern, Sirena 88 features a beach platform which is accessed via double staircases from her aft deck. 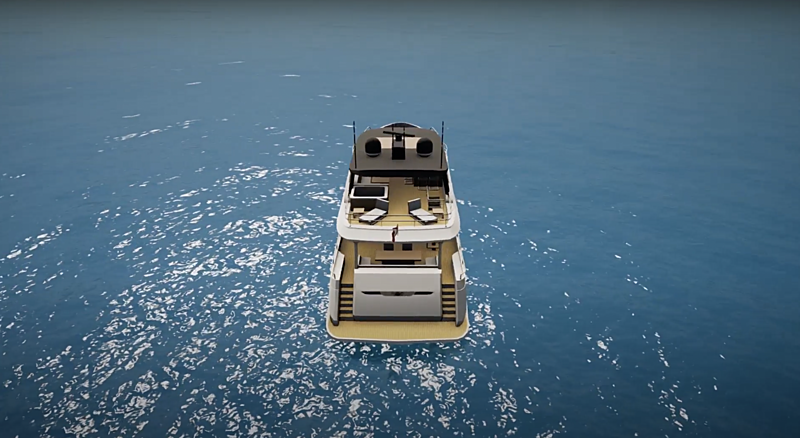 Performance-wise, Sirena 88 has a range of 2,400 nautical miles while cruising at 9 knots and can reach a top speed of 25 knots. She sports twin MAN diesel engines with a combined 3,100 horsepower.

The Sirena 88 is one of three yachts in the Sirena Marina in the SYT 3D world. To get a look at her and her fleetmates, such as the Sirena 58 Coupé, visit SYT 3D.