The Port Authority of Rome was involved in the re-floating of a 40-metre yacht last week. The operation took place after MY Nibani ran aground on a beach in the tourist port of Ostia. The yacht reportedly lost control immediately after exiting the port’s breakwall which led to the vessel slowly drifting to shore. 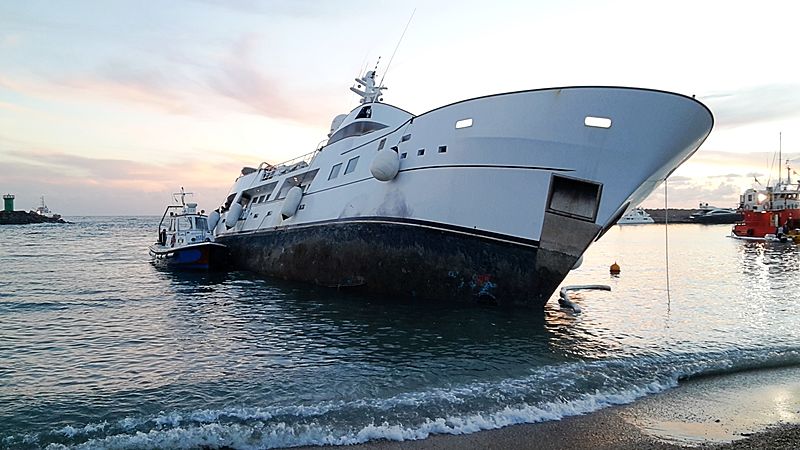 Upon receiving the news, the local port authorities acted swiftly by ordering two tugboats to assist in the removal of the yacht from the beach. Meanwhile, an anti-pollution vessel along with divers was deployed to inspect and combat any possibility of pollution to the area. Port operations were halted until Nibani would safely be moved to open waters again. 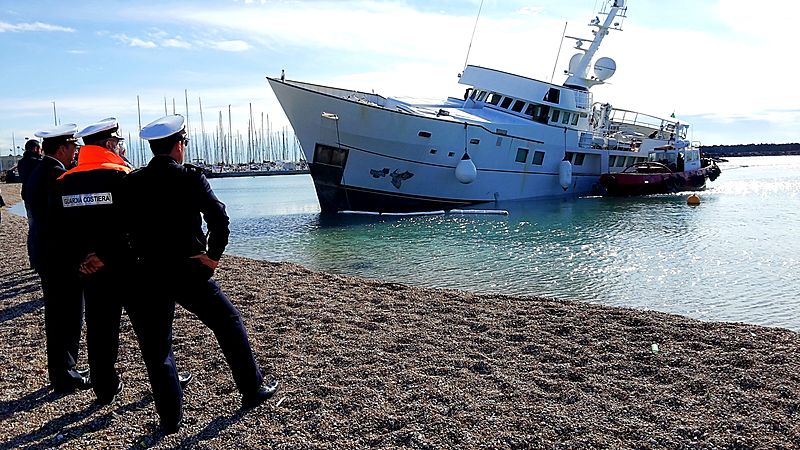 The salvage team waited till the early morning hours of the following day to execute the procedure, and once the high tide flowed in and substantial weighted objects such as anchors were removed, Nibani was towed stern-first away from the beach after which she was taken to a nearby shipyard.

The operation was successfully completed without having caused any marine or property damage to the area.