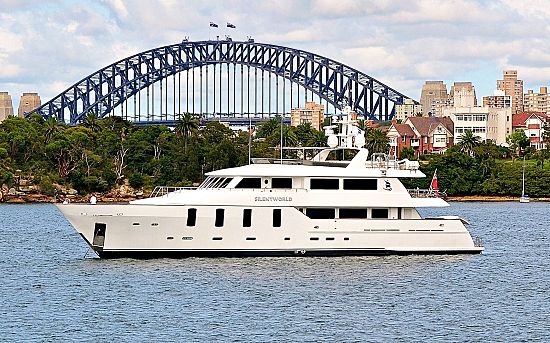 The 39.60 metre Silentworld was built by Vigo based Astilleros MCIES under the Oassive brand and launched as Centium in 2006. The yacht was designed by Inigo Echenique for her first owner from Spain, and made her international debut at the 2007 edition of the Monaco Yacht Show. Under her first owner, the yacht was based in Valencia but underwent a flag change in 2015, and can now be found at her home port in Sydney, Australia. Here she is seen at anchor near Kurraba Point with the iconic Sydney Harbour Bridge in the background.