From the way that Gary Ball talks about the 40-metre Hakvoort superyacht Snowbird, you would have no idea that he is relatively new to the world of yachting. Having purchased the unique, Dutch-built vessel in November, Gary’s passion for Snowbird and the lifestyle she provides radiates through the phone line in our recent Ontario to Amsterdam call. 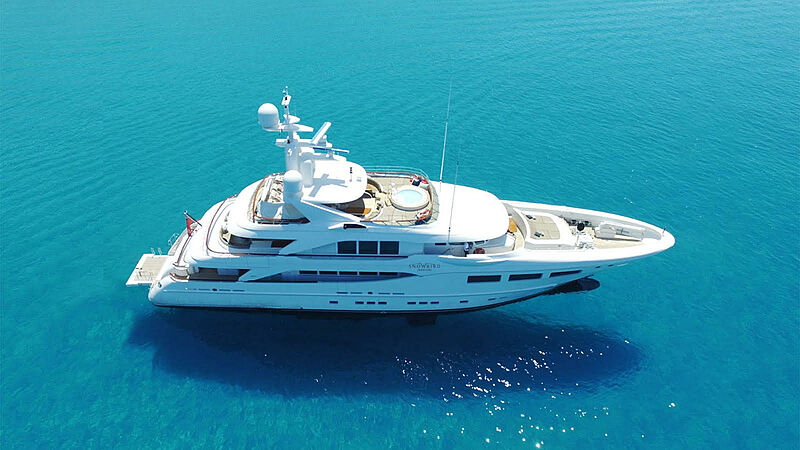 Though he describes his entry into yachting as “untraditional”, he is a born archetype of a superyacht owner: adventurous, passionate and full-spirited. Having visited more than 70 countries in his previous travels by land and air — Gary is also a hobbyist aeroplane pilot — he and his wife decided that it was time to see the world from a different perspective, by water. 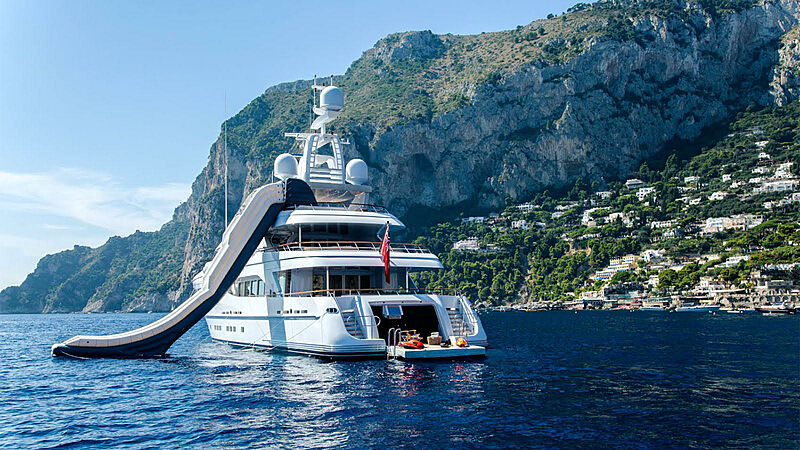 On a spontaneous whim last summer, Gary and his wife Susan decided it was time to get (back) into yachting. Having previously owned a 38-foot Carver Aft Cabin that the pair used up in the Georgian Bay area, the couple had always had a longing to get back on the water. In the midst of the Canadian 2020 Covid summer, Gary recalled Susan’s welcome suggestion: “You know, maybe we should get a boat again”, she told him, with one of their dreams to continue to travel at the forefront of her mind. From that moment, what had previously seemed like a light hearted possibility became a serious prospect; the couple were certain they no longer wanted to curb their love of the water. The search, which would result in finding Snowbird, known then as Revelry, commenced. 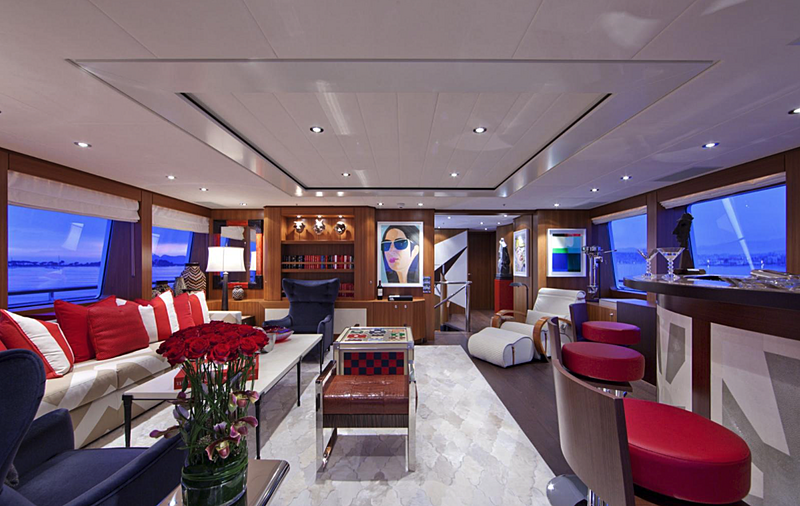 Gary recounted the “rather quick process” of their search, which began in July and concluded in November, on a Friday the 13th to be precise. Superstition has been set aside with the delivery of Snowbird, and the day instantly gained a lucky reputation for the couple. They viewed several listings, all remotely, due to the pandemic, and when they serendipitously laid eyes on Snowbird it was love at first sight. Though they continued the search after seeing that listing, they knew Snowbird was for them. Gary explained with clear certainty, “We rapidly came to the conclusion that there was no competition. Everything about the vessel was absolutely gorgeous, I would come to learn after my initial captivation that she actually is a true work of art. So we decided to pursue it and actually put an offer on her without ever having seen her in real life.” 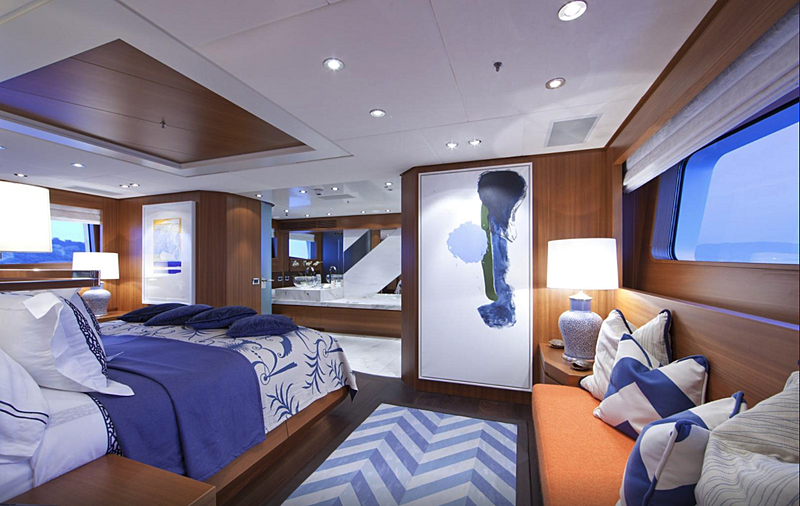 While describing her as a “work of art” may seem to be hyperbole, Snowbird is quite literally a work of art. When she was built, her interior designer, David Ostrander, worked symbiotically  with Todd Hutchinson, the original owner’s art curator, to craft a cohesive interior that was inextricable from the dozens of precious artworks on board. Snowbird’s aesthetic appeal was one of the factors most attractive to Gary. “When I first stepped foot on board, I was drawn to her immediately because I thought her interior looked great, but then once I spent time with the curator, I started to understand why it felt so great, how it was put together and why.” 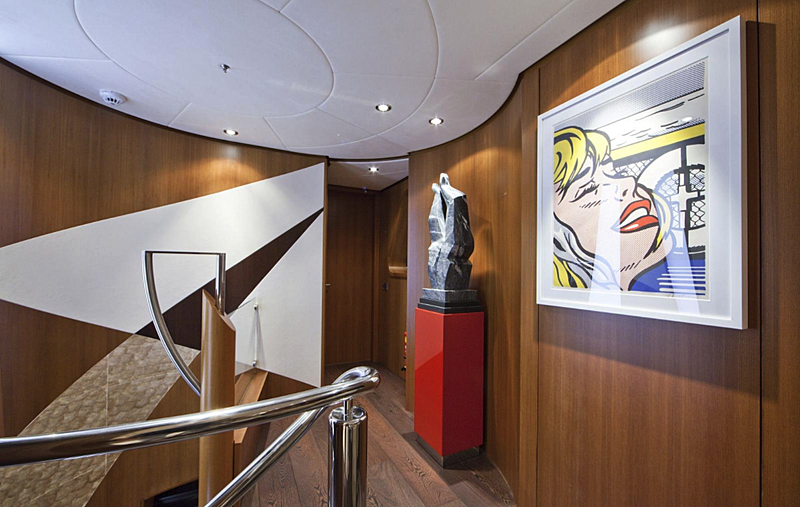 The prominence of Snowbird’s meticulously crafted collection is evident the moment you step on board. Though relatively new to the world of art, thanks to his intrigue for Snowbird’s collection, Gary has since developed a knowledge of art history and is excited by the opportunity to work with Snowbird’s original curator on acquiring new pieces to replace those taken away by her first owners.

When asked which artwork is his favourite, Gary laughs: “It’s really difficult to choose just one piece from the extensive collection because though each piece exists individually, they really exist as a whole collection. Each and every piece tells a story and complements one another”. However, when pressed for an answer, he highlighted a collection of pieces, with a clear leader emerging: the four original Hans Hofmann ink drawings located in the main saloon. The drawings, penned by ‘the father of abstract expressionism’ in the 1930s, depict summertime on the Cote D’Azur and evoke a close connection to the sea. “It’s an indescribable feeling to see those drawings knowing that they were penned by Hofmann and to see them surrounded by the open sea. You’re really able to bring to life what he put on paper so long ago.” Additional notable pieces on board include limited edition prints such as Shipboard Girl by Roy Lichtenstein and the more recent Ada With Sunglasses by Alex Katz. 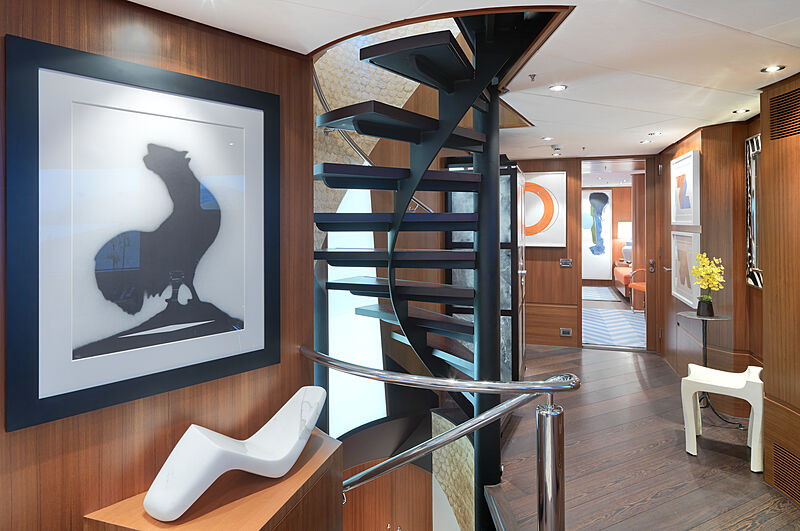 Though impressive, Snowbird’s art collection is not her only conversation-worthy aspect. Gary notes that one of his favourite things about Snowbird is the quality of her construction and proven seaworthiness. “Each time I step on board, the way she cruises continues to impress me. She just feels so solid and imbues a true sense of freedom when you’re out at sea.” 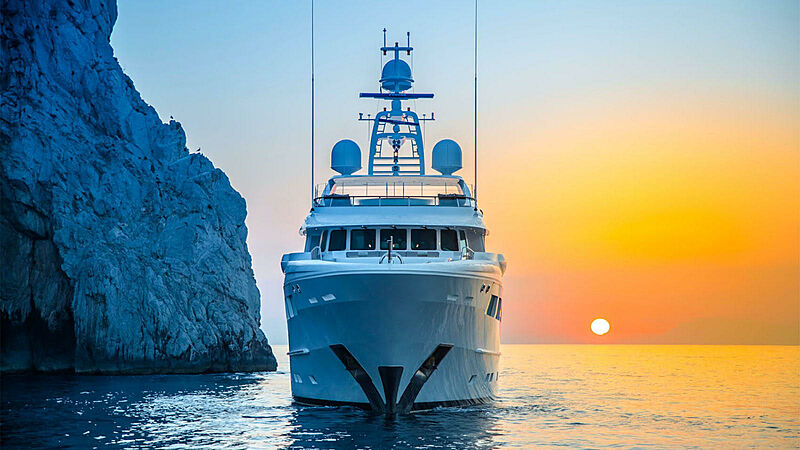 Having already been to the Caribbean and cruised the coast of Florida with Snowbird, Gary and Susan are excited to continue to explore new places. This autumn they will embark on a six-week journey down the Eastern seaboard of the United States, starting from the coast of Maine and making their way to Florida. Afterwards, Snowbird will head to the Caribbean for a full charter season before crossing the Atlantic for charter in the Mediterranean through charter brokerage firm, IYC. 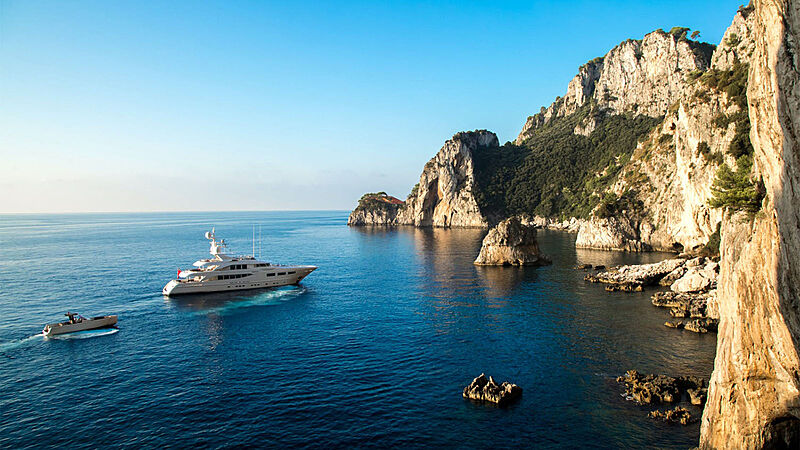 Photo: IYCBucket list destinations for the couple include cruising up the Amazon River, journeying to the Norwegian Fjords and heading south to the less-traversed Caribbean islands. Gary is enraptured by Snowbird and all of the possibilities she has opened up for him, he points out, “It is such a wonderful feeling knowing that this is our ship. We can go wherever we want. We have no boundaries.”

When asked where he was most excited to go, he responded, “There are countless ‘most beautiful places in the world’. There are so many places that are equally beautiful, in their own way, I don’t think you have to look for the best. Don’t close your doors looking for the best. There’s nowhere I’m not excited to visit.”

SYT takes a sneak peek at the private art collection onboard Snowbird. Here are our top picks:

Hofmann’s career spanned two generations and two continents and is considered to have both preceded and influenced Abstract Expressionism. Snowbird’s ink drawings are from Hofmann’s sketch books during his time summering in the Cote d'Azur. 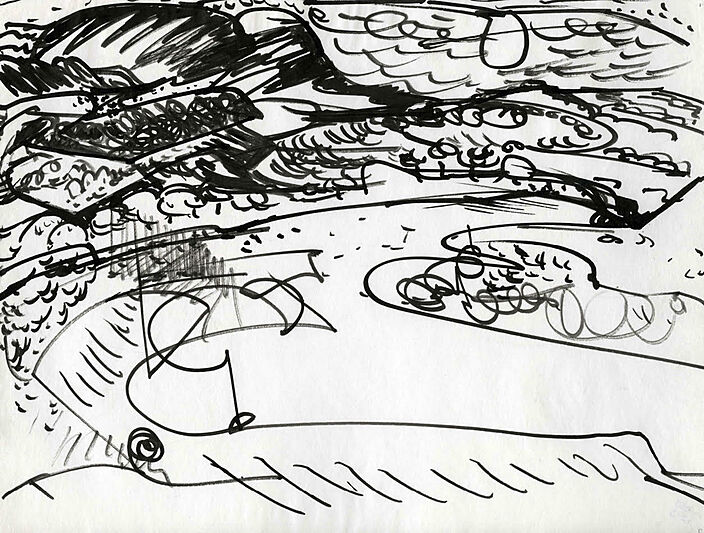 Influenced by advertising and comic book strips, Lichtenstein’s tongue-in-cheek style is iconic in the annals of US Pop Art history. Shipboard Girl is an early print featuring the blonde American beauty commonly found in mass-produced comic books and widespread media. 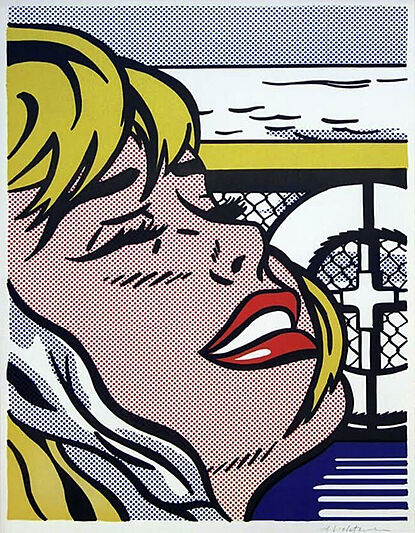 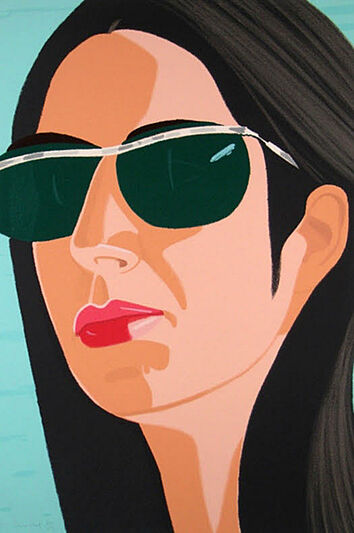 Alex Katz is an artist and sculptor known for his brightly coloured figurative portraits and landscape paintings that render subjects in a flat style, taking cues from visual culture. Ada, whom Katz has been married to for 60 years and has painted over 250 times, is his muse.

This article was originally published in the Autumn 2021 issue of The SuperYacht Times newspaper. To receive all future issues straight to your door, subscribe to the newspaper here.