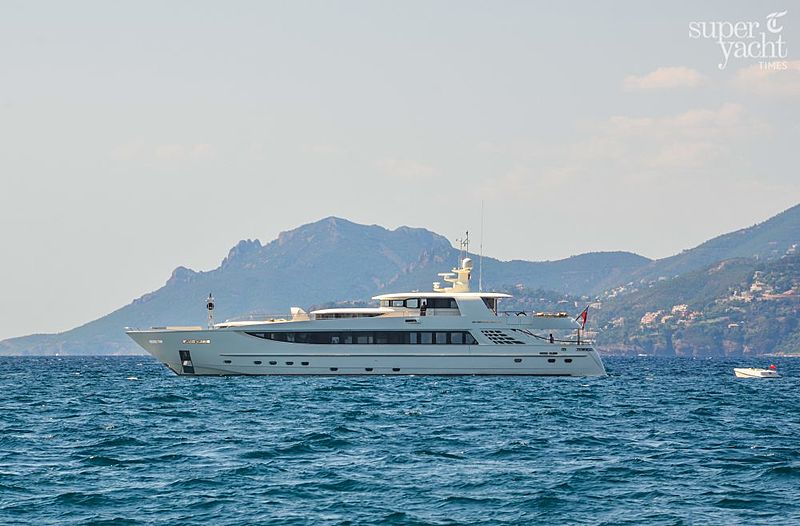 Completed in 2011, the low-profile superyacht Basmalina II was known as Project Sunbeam throughout her build withconstruction of the hull having started at KaiserWerft in Germany. The project was later moved to Icon Yachts in the Netherlands where it was completed. As sistership to Seva (ex Catwalk), the yacht’s specifications and technical aspects were handled by Mega Marine. Built entirely from GRP, Basmalina II is a luxury semi-displacement yacht finished to a very high standard according to her owner’s requirements. Here she is seen anchored off Cannes, France.