The 48.85-metre superyacht O’Ceanos has been sold after just being listed on the market for less than three months. Negotiations were headed by Vassilis Fotilas of Fraser and Michael Skoulikidis of Atalanta Golden Yachts who represented the buyer and Michael Mahan and Kevin Ralph of Worth Avenue Yachts who introduced the buyer. 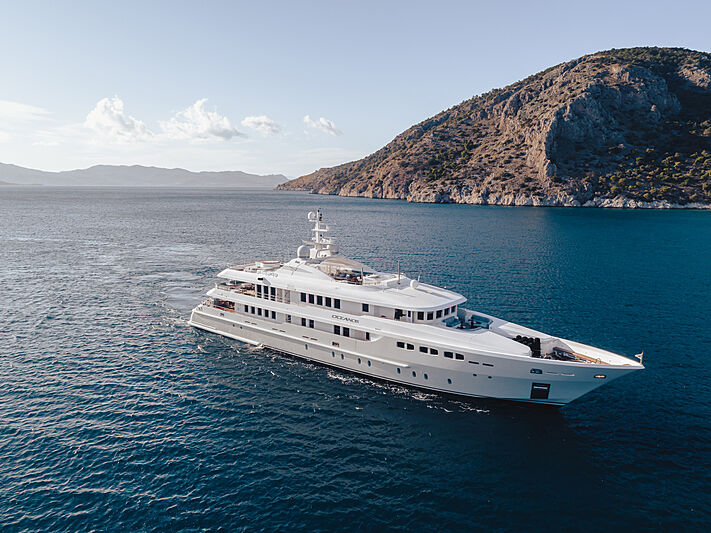 O’Ceanos was built in 2006 by Mondomarine and underwent an extensive refit from 2020 to 2021 which included a complete repaint of hull and superstructure, updated interior styling, new teak decking, and an overhaul of her diesel generators. 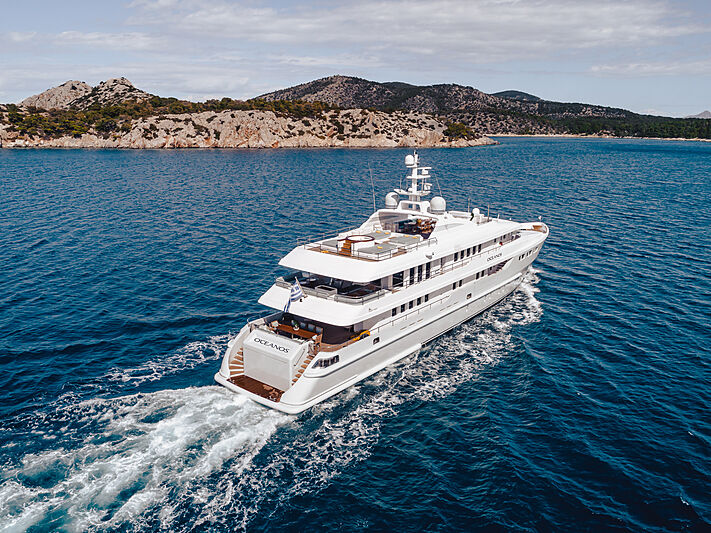 Hydro Tec was behind the sub-500 GT superyacht’s exterior lines and her naval architecture, while Studio Vafiadis completed her original interior. O’Ceanos accommodates as many as 14 guests across seven staterooms. Her impressive master suite is located on the upper deck and is complete with its own office space, a walk-in wardrobe and an ensuite bathroom with a Jacuzzi and shower room. Her remaining staterooms comprise three VIP and three twin accommodations. 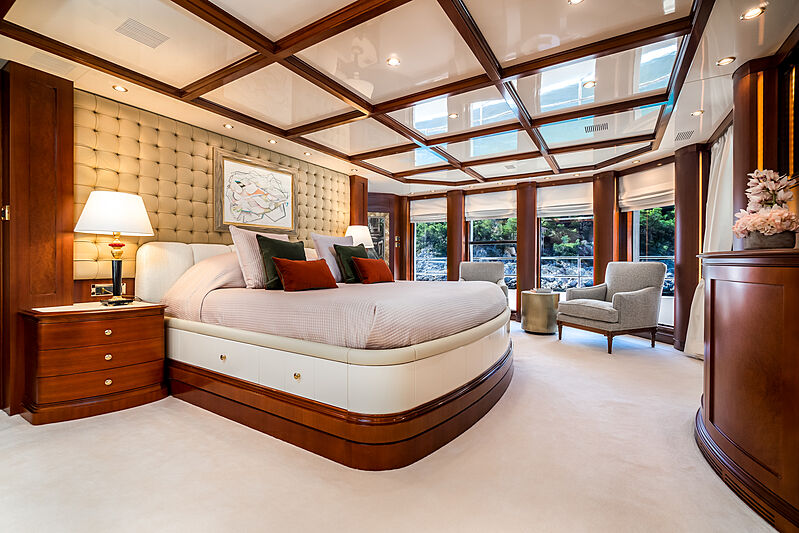 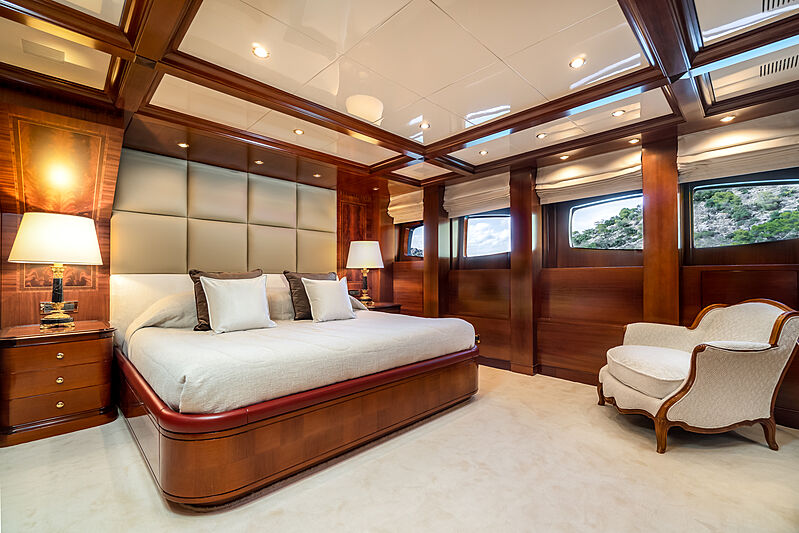 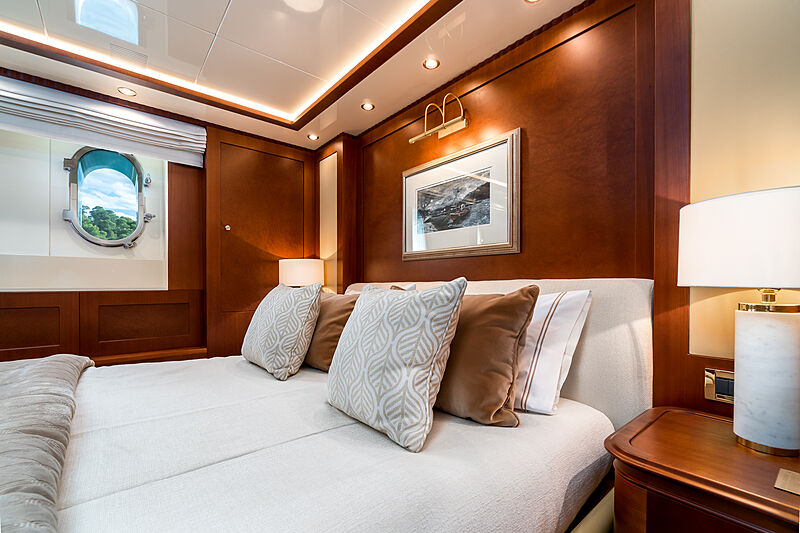 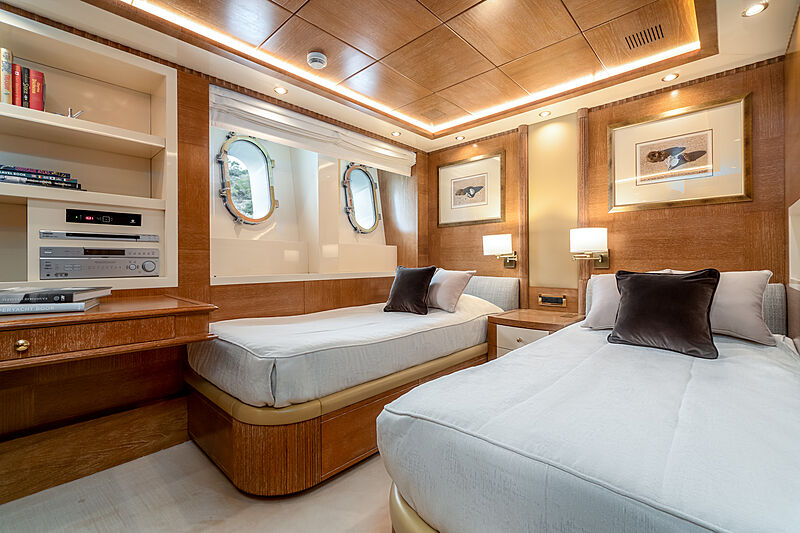 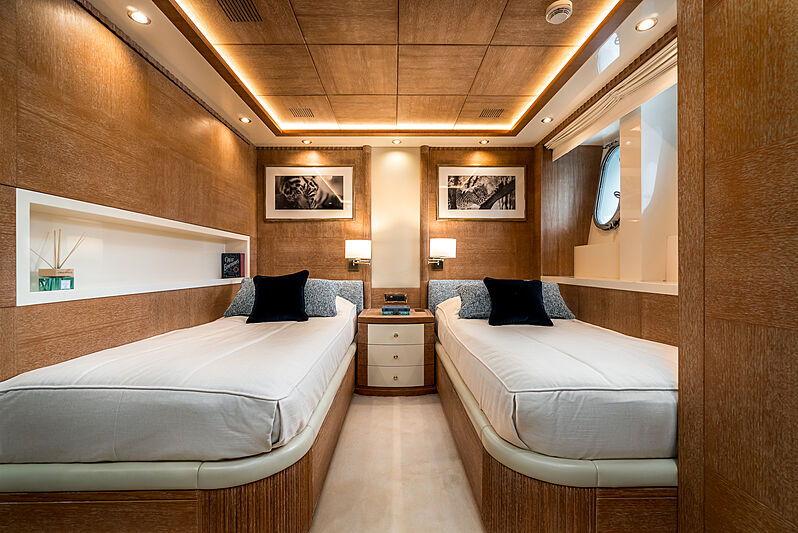 Her original design and interior refit paid close attention to creating and maintaining ample space for relaxation and socialising, including her main saloon. A neutral and clean colour palette lends the space a classic and cheerful ambience with plenty of natural light from her large windows. White sofas, wood panelling and plenty of additional seating make this area an ideal place to unwind. 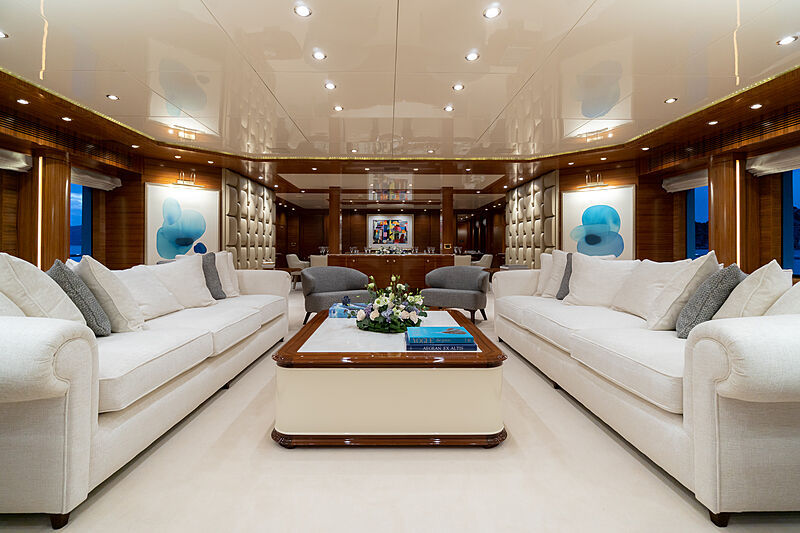 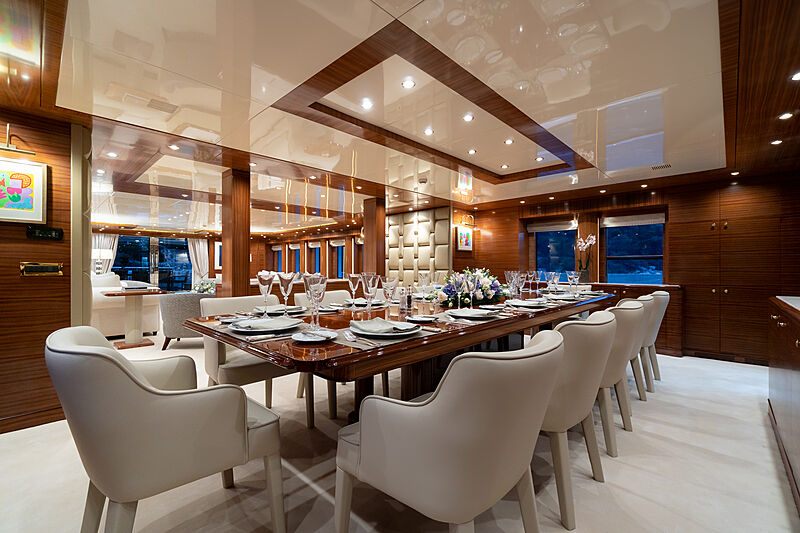 On deck, O’Ceanos has a large sundeck with a Jacuzzi, a bar, lots of sunpad space, and an alfresco dining and lounge space. Water access is made easy via her generous swim platform, situated adjacent to her tender and toy garage. 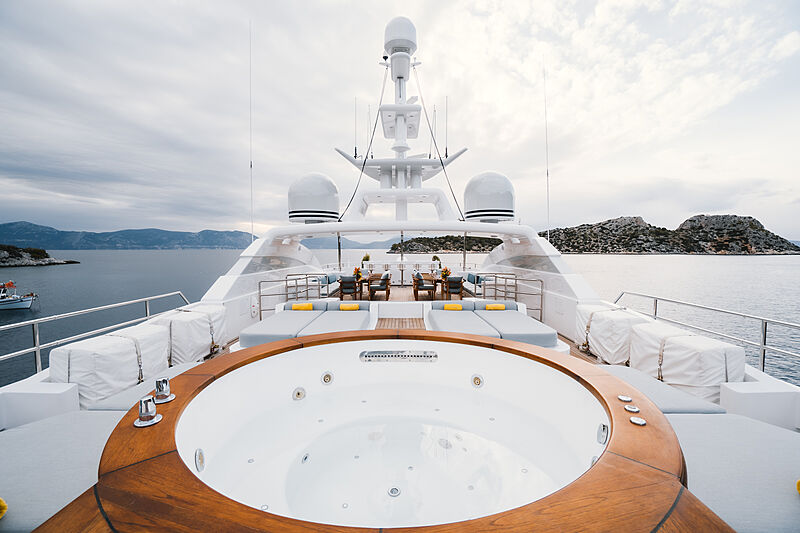 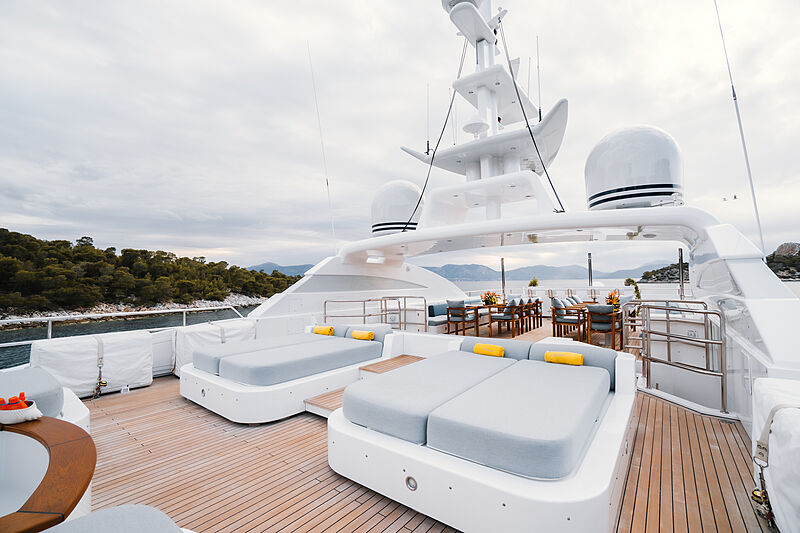 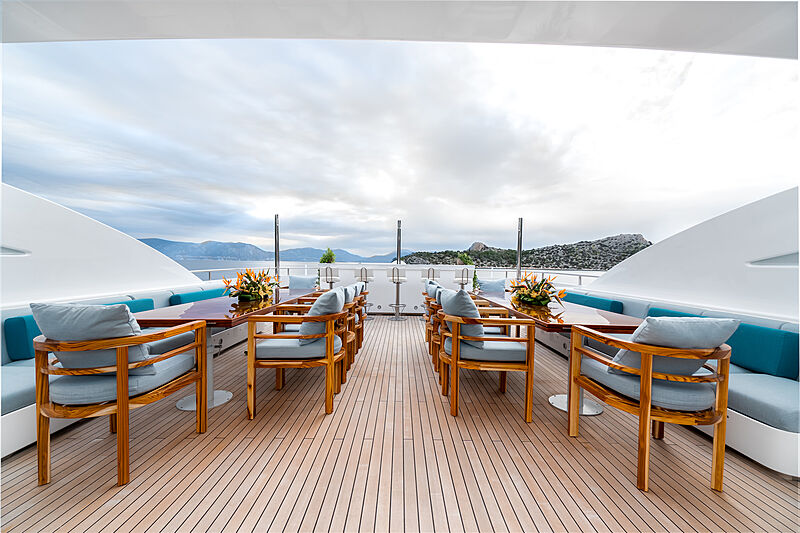 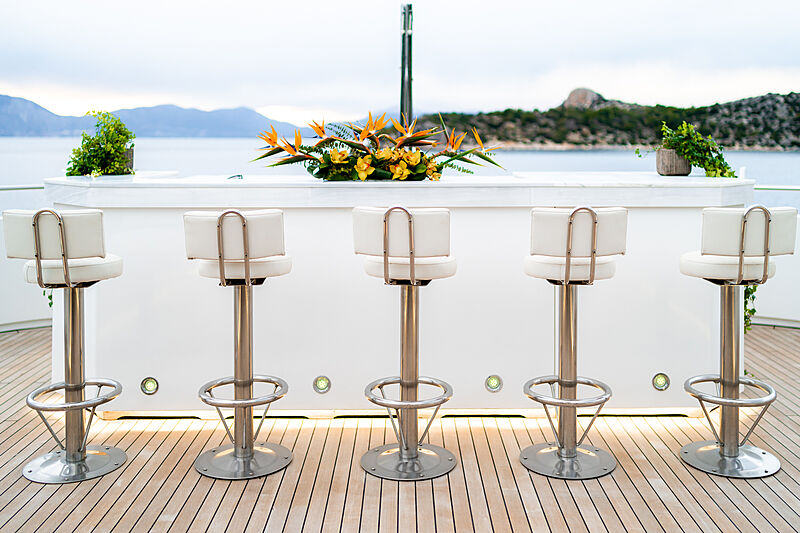 O’Ceanos is kitted out with twin Caterpillar 3512B diesel engines which propel her to a top speed of 17.7 knots and a cruising speed of 16 knots. 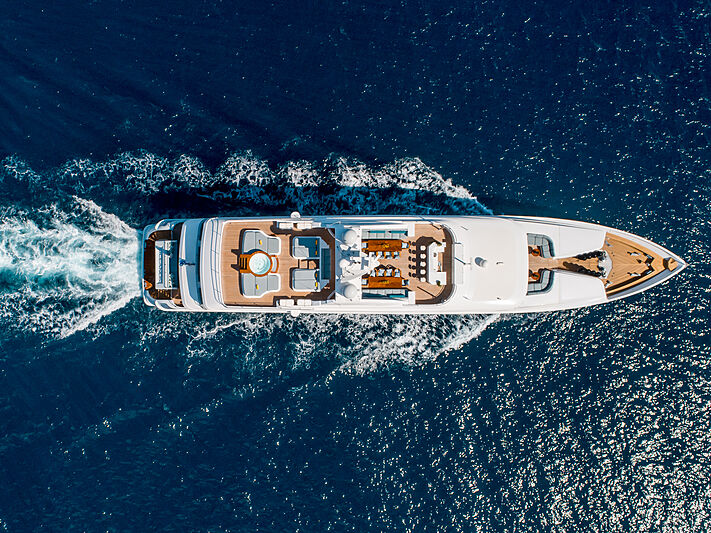 32m Gulf Craft yacht Save Your Tears has been sold