The Polish yard Sunreef Yachts has announced an order for a 49-metre catamaran at this year's Monaco Yacht Show. Imperial Yachts will act as advisor and represent the customer throughout the build process of this fully custom superyacht, which is due for delivery in the second half of 2021. 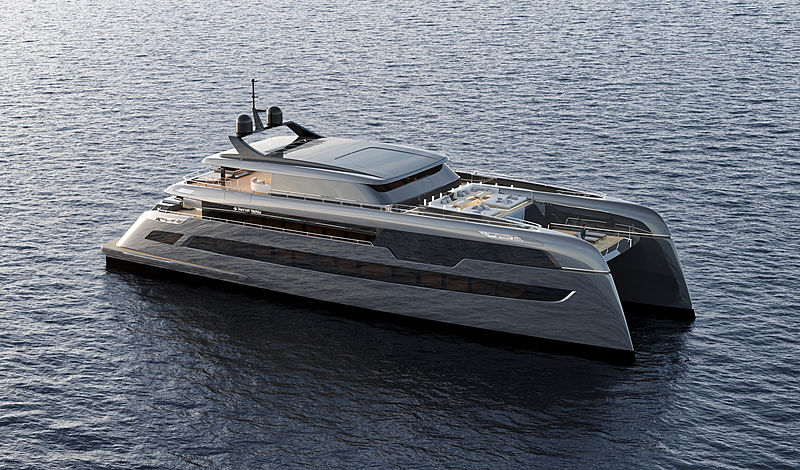 Photo: Sunreef YachtsBuilt entirely at the Gdansk-based facility in Poland, the tri-deck catamaran will feature a 17-metre beam that will provide abundant outdoor living areas. Operated by a crew of 17, the 49-metre catamaran superyacht can sleep up to 10 guests. She will be able to carry up to three tenders and numerous water toys and PWCs.

Francis Lapp, founder and president of Sunreef Yachts comments: “An exciting journey begins for us as we team up with Imperial Yachts on this fantastic project. Sunreef Yachts is a trend-setting catamaran shipyard, specializing in luxury multihull design and build. Large, custom-built crafts in our fleet include vessels over 100ft. With this new concept we engage in an ambitious endeavour to build a yacht that the industry has never seen before.”

The 49-metre Sunreef catamaran will be powered by twin 3400hp MTU engines and, with a low drag, efficient twin-hull design and 90,000-litre fuel capacity, she will have a transatlantic range of 5000 nautical miles.

The 120 Sunreef Power concept for the ‘bold contemporary’ owner