Though the superyacht business is a relatively small industry, it is packed with international professionals from all walks of life, and it can certainly be easy to get lost in the sea of faces we're presented with at boat shows, yachting events and beyond. In this series of articles, we take a step back from rushed business meetings and hurried networking and sit down with professionals from across the wide spectrum of the superyacht business to learn more about who they are and what they do for the industry. In this week’s episode, we get to know David Seal, a sales broker in the Antibes office of Northrop & Johnson, who is best known for his YouTube channel ‘Yachts for Sale’, started in 2012, which has been watched by millions of people around the world. 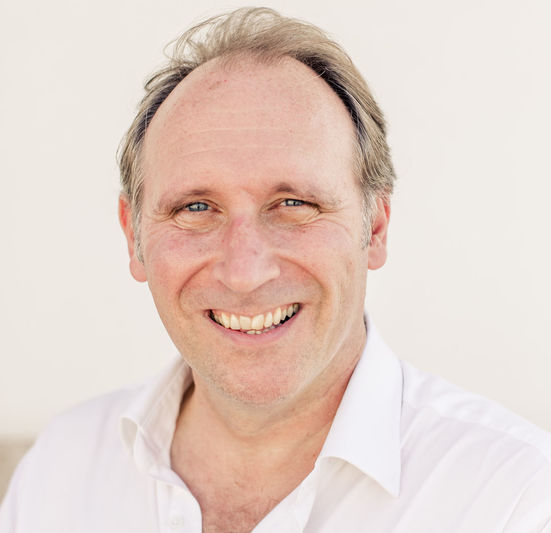 Firstly, what was it that made you start making videos to sell superyachts?

I was working for Camper & Nicholsons as a broker and noticed that everybody was doing the same thing in the industry. Everybody gets a yacht for sale, puts it on their website, sends out emails to all of the other brokers and hopes for the best. It’s such a passive way to sell a boat. So, in 2012, I filmed the 82 foot Sunseeker Predator, and rather than just doing the normal helicopter shoot and music, which is pretty boring. I got a helicopter in and did a proper presentation and I got 3000 views, and at the time I thought, this is amazing! Then I googled Sunseeker Predator 82 for sale and I was the number one page.

Gradually, I started to do more, and every time I did another video, the YouTube channel would get a little bit bigger, and more enquiries would come in, I filmed the USS Williamsburg, the presidential yacht of Harry Truman which was an old wreck washed up in Italy. I did a proper documentary video of it, and I had 4 billionaires call me! 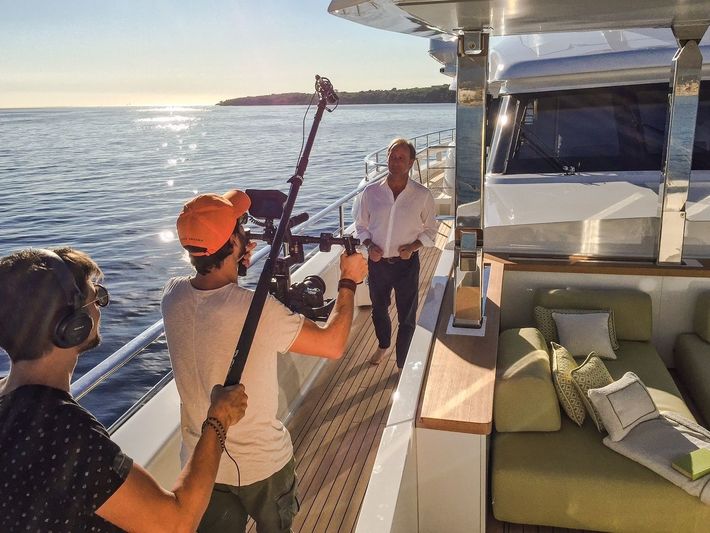 How has the channel progressed over time?

At the beginning of 2017, I thought, of all the initiatives I’ve ever done to try to generate enquiries, this is the one that’s working the best, so I should just really go hell for leather at it. Moving to Northrop & Johnson made a big difference, they really understood what I am trying to achieve and have been incredibly supportive. I've tried to do a video every week, and I’ve gone from just under 2,000 subscribers to almost 13,000, but more importantly, I've gone from getting a few hundred views a month to close to half a million views a month. The YouTube channel gets more views than just about any brokerage website in the world.

Did you have prior experience in presenting or film before starting the channel? You’re a very confident presenter in the videos.

When I was a kid, I wanted to be an actor and I did acting lessons. I let my parents talk me out of pursuing it as a career, and I always regretted not at least having given it a go. The YouTube channel is a bit of an outlet for the frustrated performer in me. So I knew, even before I did the first video, that I’d be able to talk to a camera like Charl at SYT does as well, he’s also really confident in front of a camera, and not many people are: it’s a hard thing to do. 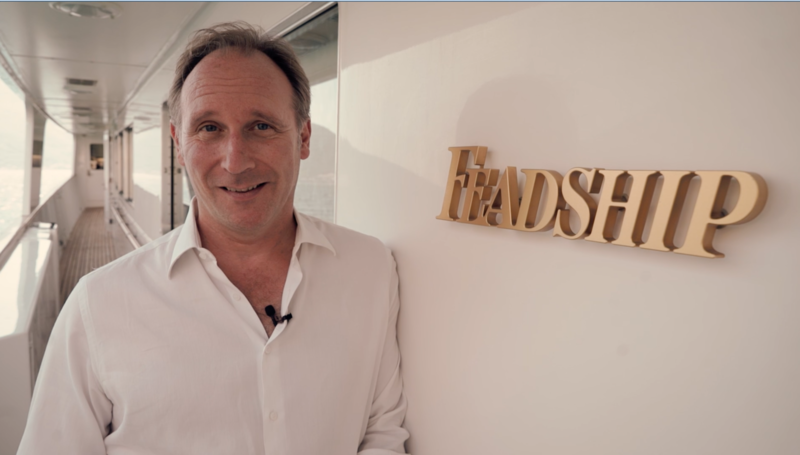 Owners can be notoriously private with their boats. Is it ever difficult if you present this idea of filming their boat to an owner and they don’t want to show it off?

Not so far. If I show owners the videos I make, they see that I am very enthusiastic on my delivery: they can see that I’m talking with conviction and that I’m really trying to get the boat sold. Besides, my videos get so much more engagement than even a nice photograph would, especially because of the presence of a voiceover. I was to put my yacht for sale with five of the major brokerage firms, if 5000 people looked at it, between all of those, that would be it. I do a video, some of them will get 100,000 views in a month, the worst ones get 20,000, so really from an owner’s point of view, it’s a no-brainer.

This idea is catching on and other brokerage firms are also starting to do these videos, what do you think about that?

I think it’s brilliant. I think competition has got to be good, because at the moment, if people watch my videos, once they’ve watched them there aren’t many places for them to go, whereas if more brokerage firms are doing it to the same sort of level, or like I am, then people will spend more time thinking about YouTube and yachts, and as their views go up, mine do as well, and that pushes me. Ken Denison did a great video of Lady Sheridan and it was the first time I’ve seen a competitor’s video and thought, ‘that’s better than me, that’s better than what I’m doing,’ and it made me dig deeper in the next videos.

David Seal can be contacted at Northrop & Johnson via [email protected].

David Seal’s videos are a clear example of successful, innovative digital marketing within the superyacht business. To find out more about forward-thinking initiatives within the superyacht industry, read the latest issue of SuperYacht Times: the Innovation Issue, and get your subscription here.

Celebrating superyacht innovation in the latest edition of the SuperYacht Times