After launching their first superyacht - the 50-metre Race - earlier this year, the Italian shipyard Riva are busy investing in their new Superyacht Division. With the aim to create a series that will eventually stretch up to 95 metres, Riva is securing their place as a superyacht builder and adding that special something to the ‘Made In Italy’ stamp of approval. Since becoming Sales & Marketing Director Custom Business at Riva Superyacht Division since January 2019, Giordano Pellacani is on the front line and witnessing the evolution of the Riva superyacht series - therefore we take the opportunity to find out what to expect next. 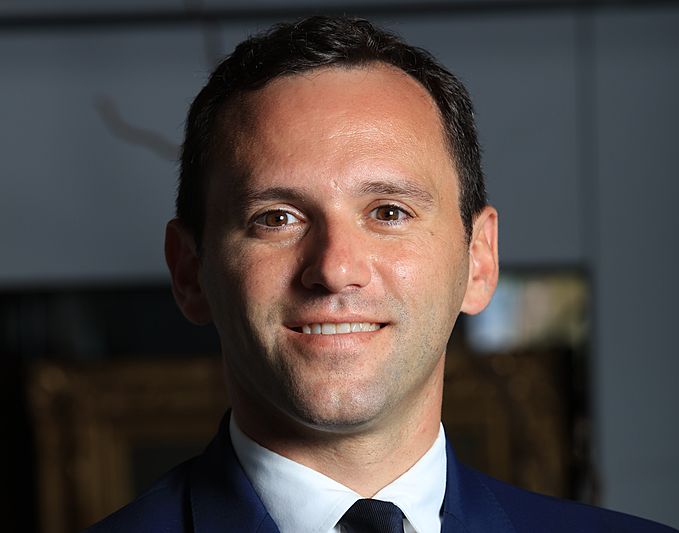 Since the launch of the superyacht division in 2015, Riva has the first superyacht arriving soon. Can you tell me more about the current concept and the major selling points?

The concept is very simple. We saw there was an opportunity in the market to have something that is a concept that is already developed with a fantastic design, but the owner can put their own designs in the interiors. It’s not for everyone, but there are people in the market who want to be recognised as different with having a Riva exterior design and our attention to detail. This means mahogany, stainless steel, metallic painting - there is a super-rich specification and so the budget of the construction is higher than what we would like.

The price reflects the high-quality standard and the richness of the tailoring. For example, stainless steel is on the proposal because it is in the DNA of Riva, also the metallic colour is already included in the price. People are paying for the status and to be recognised as a Riva owner: the Riva owner has this in their DNA. There are shipyards that are building fully customised projects, but for us, it is different as we are in a niche where a concept has been put into production by us and the owner - and then create the custom interior for them. 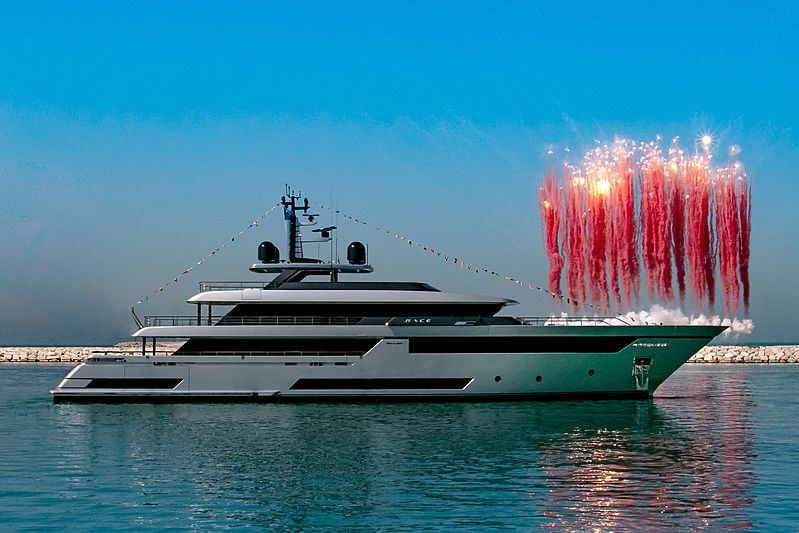 Photo: Ferretti GroupSince the launch of the 50-metre Race, were clients waiting to see the results or do you already have interested clients?

Our first client they bought it straight away and we have three persons that we are negotiating with. One is being invited to a CRN project because he wants to bring his exterior design, and one we are negotiating with from the Middle East. It’s true that people like to see the boat on the water and for you to make discounts. It is a big issue that some Italian shipyards are making discounts, and we don’t because if you do, sooner or later you have to cut corners and we cannot afford to cut corners. 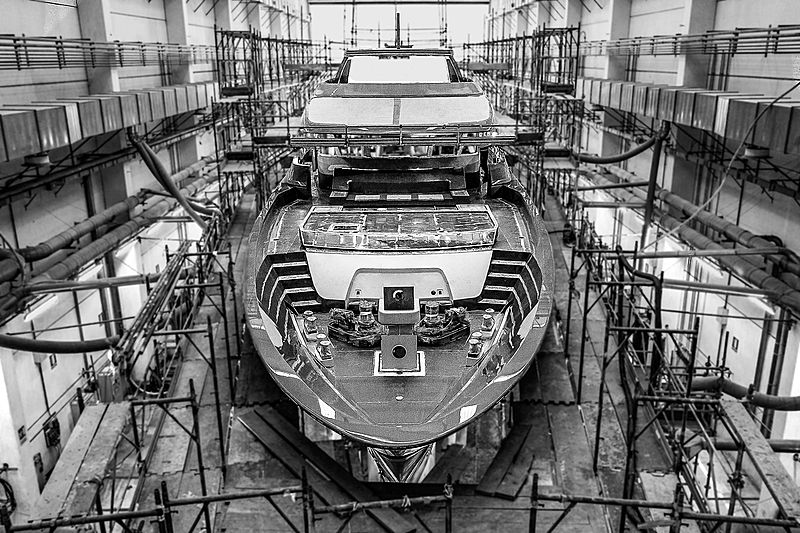 Photo: RivaAre you already building the second one on speculation and are there plans to fill the gap between the 110 and the 50-metre?

Yes, the second one is under construction with delivery scheduled for spring 2021. It’s a platform that you can step into straight away rather than having to bring a fully customed design and so we can perhaps have a new boat every 18 months, but we have to be a bit cautious of the market as we don’t want to overdo it. With 176 years of history, we cannot spoil it with a crazy idea and destroy the name. Riva is already producing 45 boats every year and we are working on filling the gap between the 110 and the 50-metre in both metal and composite materials, and we are studying aluminium and faster boats - but I imagine I would have to kill you if I tell you our secrets!

The maximum size is 95-metres. The company invested €27 million in Ancona with the focus on creating custom products and being fully dedicated to the customer. We have a completely dedicated engineering team who have the possibility to work on all different projects from the top speed and performance of Pershing to the customisation of Riva and megayachts. I think that we’re on the right track because look how many copycats of the Riva concepts, feelings, sensations are on the market now. 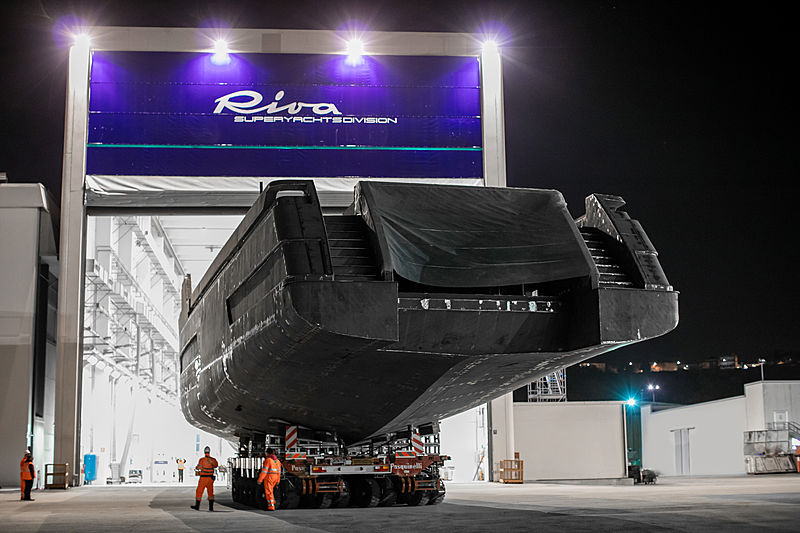 Photo: RivaThe 90, 100 and 110 are very popular already and more models may over-spoil the market. Is it a challenge between how big do we want to make the Riva brand and how to keep it exclusive at the same time?

I come from the nautical industry, so I know how many models of a 100 they can produce every year. If you consider that we sold two boats every year, so yes I agree that it is already pushing too much, but that is the beauty and magic of Riva… the line doesn’t get old! The brand value of Riva is timeless. The fewer boats that produced around the world devotes a better value to the clients when they’re reselling the product. For example, we built around 40 Virtus’ in almost nine years and a Virtus on the market now, there are two or three around the world, and the clients are asking good money for it - which gives good value to the brand.

With the Pershing 140 it will reach 35 plus knots, which is a challenge, but it’s part of the plan to increase the value and the value to our customers. This is why we don’t ever really need to do any advertising!  We have an owner, American owner, and he has seven Rivas around the world: one in Florida, Monaco, one in Greece, and he says “Riva is my style, and I enjoy the Riva lifestyle.” 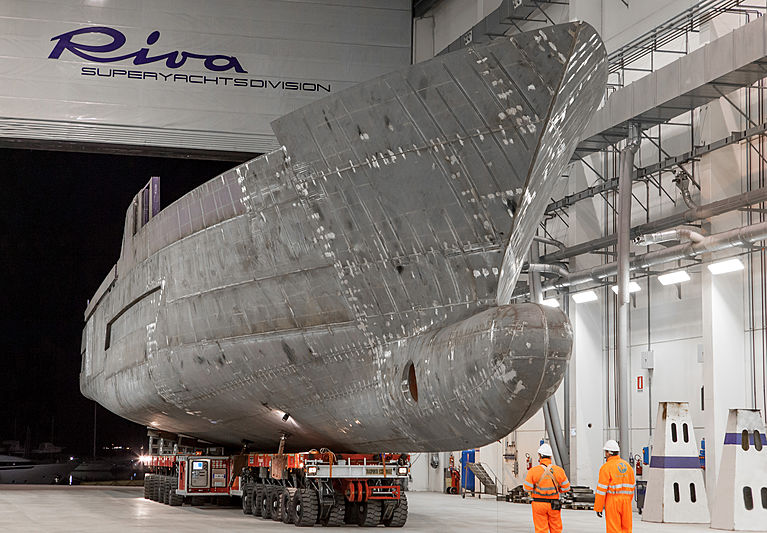 Photo: RivaWhat considerations are there to become kinder to the planet during production?

Believe me, we spend a lot of time and money to try and see if something is feasible or not and we believe that being greener is a nice professional challenge. Of course, there will be big technology updates that will force the engines of the future to be very much on the green side and the challenge is for the manufacturers to come up with some solutions for the future that doesn’t involve a diesel engine.

We are using no more chemicals to make the hull, even the painting. We train the crew to wash with water-based products. Also, the windows are becoming more complex - with the UV rays captured inside the glass so the boat requires less heating and less electricity. It takes time, but it’s good for the environment.