Though the superyacht business is a relatively small industry, it is packed with international professionals from all walks of life, and it can certainly be easy to get lost in the sea of faces we're presented with at boat shows, yachting events and beyond. In this series of articles, we take a step back from rushed business meetings and hurried networking and sit down with professionals from across the wide spectrum of the superyacht business to learn more about who they are and what they do for the industry. In this week’s episode, we get to know Mike Sanderson, a two time Volvo Ocean Race winner, a veteran of three America's Cup campaigns, and a name familiar to anyone with a penchant for all things sailing. 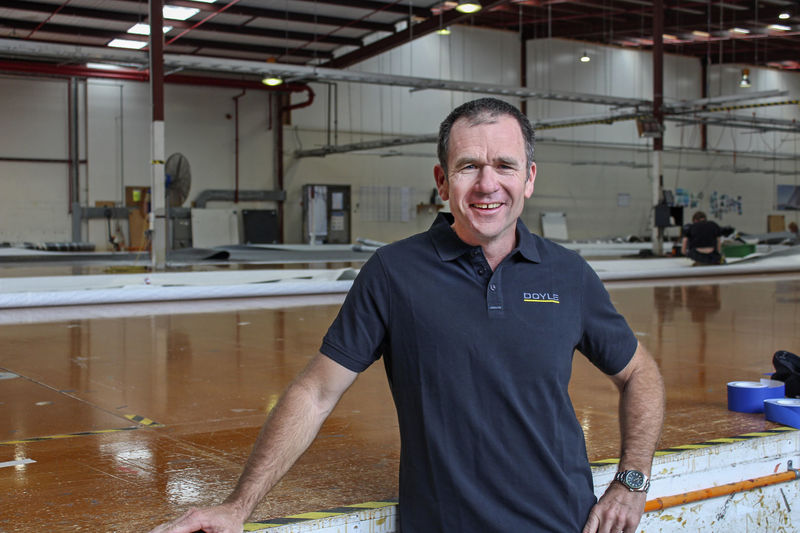 You’ve recently taken over as CEO of Doyle Sails from founder Robbie Doyle - tell us a bit about yourself and why you decided to get into the sail making industry.

Tell us about your journey to Doyle Sails.

I have only been involved in Doyle Sails for the last six years, so for sure I’m still a bit of a newbie in the world of Doyle as some of the people involved have been here since Robbie and Janet Doyle started the company in the early 80s… Over the years the company has had so many milestones, but one of the biggest was when Richard Bouzaid and Chris McMaster launched the STRATIS membrane plant back in 2003. The sailmaking industry has changed so much, from lots of small companies buying the same fabric as the big boys to really being dominated by the big players now who are manufacturing their own ‘bespoke’ sail membranes. For Doyle Sails to have a well-known market-leading product such as Stratis is pivotal to our growth. 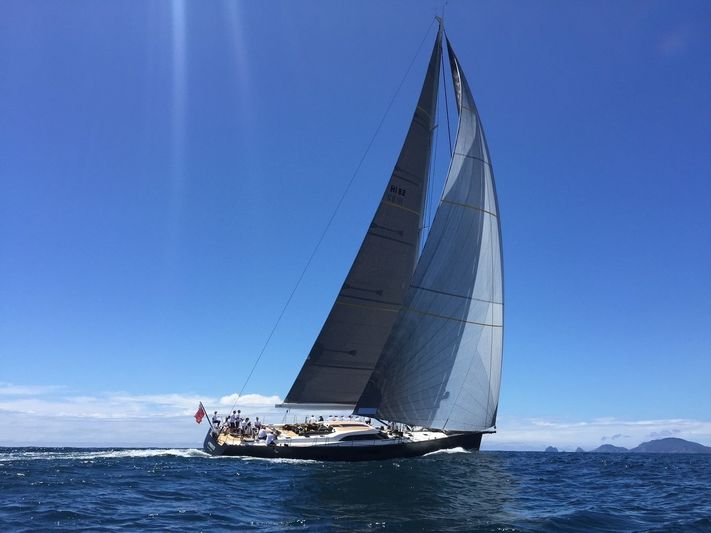 A number of the New Zealand builders have shut their doors over the past few years... can the industry in New Zealand ever recover?

Yes, New Zealand has lost two of the biggest builders with Alloy Yachts and Fitzroy closing, but we still have very strong players such as Yachting Developments and McMullen & Wing, who are world leaders in their respective markets. New Zealand has also adapted their priorities very quickly from building superyachts to servicing superyachts. Auckland, in particular, is very lucky with the powers that be were switched onto that and built additional berths where required to allow for growth in superyacht service. The Westhaven area, for example, is full of superyachts all the way from Silo Park through to Orams Marina. On top of that, you have Whangarei and Tauranga that are now well set up to cater for the big boats. So even though the new builds have slowed down the whole market is busy from refits which is great.

I would be lying if I said that we didn’t miss as many new builds, but like everyone else we have adapted and with sails they don’t last forever so luckily for the sailmakers often people are scheduling their refits in New Zealand about the time their sails need replacing.

In our recent interview with Neville Crichton for the Innovation issue of the SuperYacht Times newspaper, he noted that the sailing yacht sector is technically the most innovative in yachting. What do you see as some of the most important innovations in sailing over the past 10 years?

For me that’s easy, it has to be how we deal with foils and foiling and which will also affect the superyacht world. There’s already a superyacht in production with a “DSS” system, so a foil to generate Dynamic Stability…so stability from speed. Then there’s the big 100ft Tri’s already launched who are looking to foil around the world non-stop…I have no doubt this will be a big part of sailing’s evolution over the next ten years.

What's next for Doyle Sails?

Our industry demands that innovation is constant, and we already have sails and concepts out there in the real-life test lab always looking for better, faster, but durable and long lasting ways of building sails. The last 12 months we have seen the launch of our ‘Cable-less Code 0’ which really has taken off as the only way to do a Code Zero in 2018, but we still have an awful lot more that we can do with that technology. Not only for the Code Zero but the whole inventory.

Behind the scenes: how S/Y A’s giant sails were made