Though the superyacht business is a relatively small industry, it is packed with international professionals from all walks of life, and it can certainly be easy to get lost in the sea of faces we're presented with at boat shows, yachting events and beyond. In this series of articles, we take a step back from rushed business meetings and hurried networking and sit down with professionals from across the wide spectrum of the superyacht business to learn more about who they are and what they do for the industry. This week, we get to know Mario Pedol, who together with Massimo Gino, founded and still runs the Italian brand Nauta Yachts. 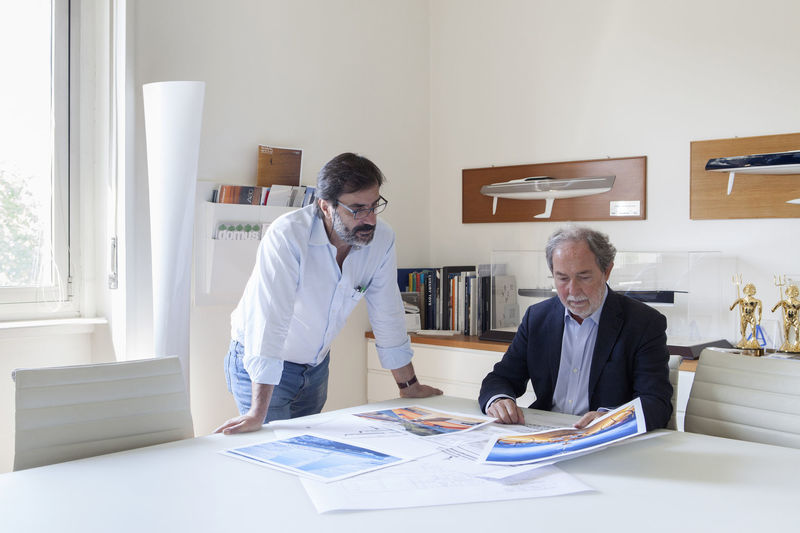 From childhood, you have had a strong connection with the maritime world. You’ve also always been very ambitious, with your first Mini Tonner developed when still in University at 21 years old - the 3rd of which was sold to Pier Luigi Loro Piana. Tell us about that first step into the yachting industry.

The Mini Tonner (Avventura 703) was my first adventure in the boating industry and, with 40 boats sold in two years, it was a success! The third unit in the series was sold to Pier Luigi Loro Piana. But our friendship really took off 10 years later when we designed for him the first version of My Song, the third Nauta 54’ (funny, actually, that he also ordered the third Avventura 703 and the third Nauta 54! 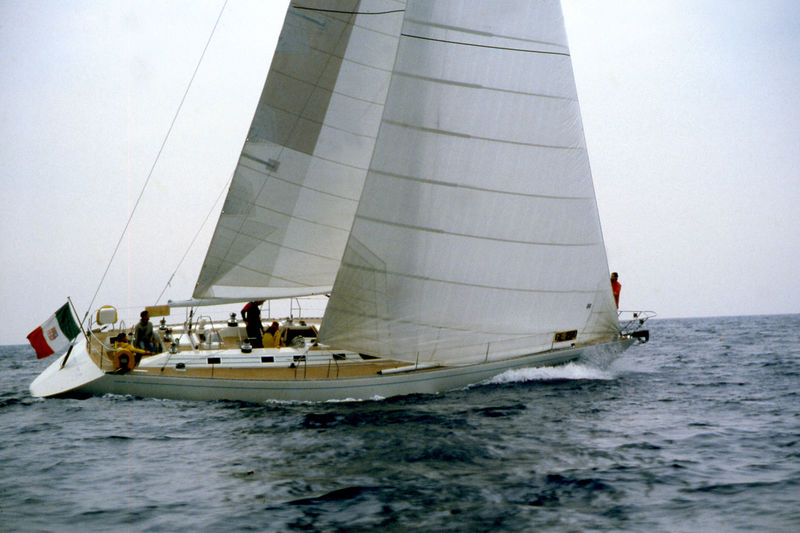 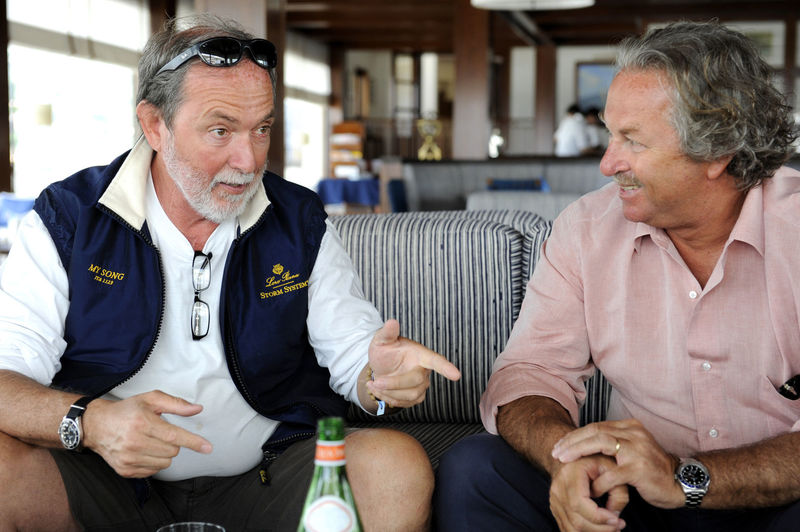 The first project of Nauta: the Nauta 54 My Song (above); Mario Pedol and Pier Luigi Loro Piana at YCCS (below)

During the build of the 54’ we really began sharing ideas about the aesthetics and, above all, the philosophy of sailing boats and sailing. We found a perfect balance point between function, aesthetics and performance, all three elements that are equally important. It is a cocktail that we have always worked with and shared through the years, applying it to the three custom versions of My Song that we created together starting from a plain sheet of white paper. The second My Song (70’) became the first unit in a mini-series but being the first in the series we were completely free to create right from the drawing board. All the way up to the latest 40-metre version, our sailing flagship has been very well received by boating experts and has won numerous awards, which makes us very proud.

In 1978 you started a professional relationship with Oyster, emerging as the Italian dealer for the brand. You had a successful relationship with them for three years and sold a number of Oysters in Italy. What are your thoughts on the future of Oyster considering the announcement to go into administration and the consequent bailing out by Richard Hadida?

I don’t know Richard Hadida personally so I don’t know his motivations or plans for the future, but I did work with Oyster’s founders in their early years and I was lucky enough to work with Richard Matthews, founder of Oyster Marine. I followed their success story and saw them making the correct choices towards building more cruising oriented yachts. I’m sure that there is room in the market for that type of yacht. I hope they can get a fresh start and enjoy success. 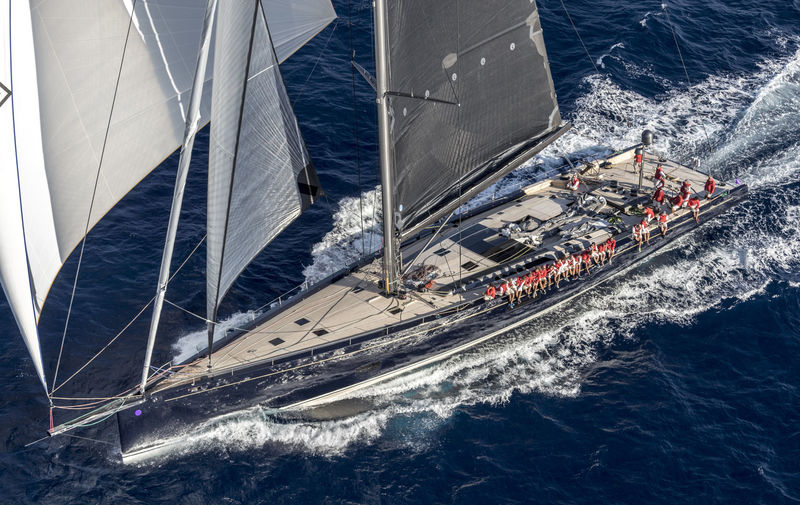 You are a passionate sailor, and in the early 80s you took a year out and sailed back and forth from the Caribbean. Tell us about your personal experience doing that - why you love sailing - and how that experience has played into your career.

That was a very important experience for me because of my Oyster dealership, Oyster Marine Agency, suddenly wasn’t competitive because the value of the Pound spiked against the Italian Lira, pricing Oyster yachts out of the Italian market. So I decided to sail my Oyster to the Caribbean and to live aboard for a year. This turned out to be a fundamental experience for my future career as a yacht designer because there’s nothing more important than sailing and living aboard a 37’ yacht for understanding what is really fundamental and what you always have to keep in mind when you’re designing. In its own small way, the 1977 Holman & Pye designed Oyster 37’ that I owned already had that aforementioned special cocktail of three ingredients: aesthetics, function and performance. 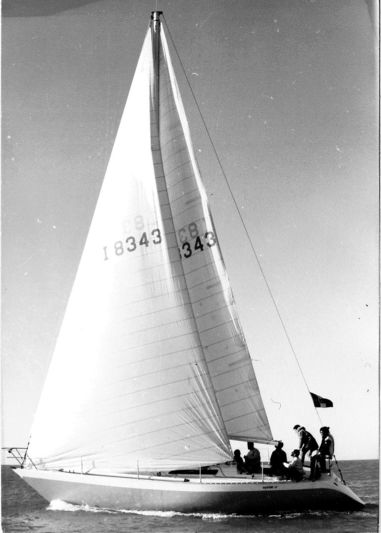 The sailing yacht market has been in decline for a while, with fewer and fewer new sailing yachts emerging year by year. Where do you see areas of improvement for the sailing industry?

I’m happy to say that in the sailing market sector we work in - yachts from 10 to 40-metres - we’re still growing. We have been either producing more designs or have seen a larger total length of yachts produced every year. There has been a decline in the numbers of series yachts produced in the worst years from 2008-2012, but in our studio, we haven’t seen a decline in the number of 20 to 40-metre custom and semi-custom projects that we sold. In fact, we have grown.

I think that it’s fundamental to stay innovative and to never be happy with what’s already on the market, what already looks familiar. But you still have to keep in mind the right balance of aesthetics, function and performance… The crisis years weeded out and filtered a lot of what was on the market and also stimulated us to be more innovative and to think outside the box, something that’s important to us when we’re designing both sailing and motor yachts. 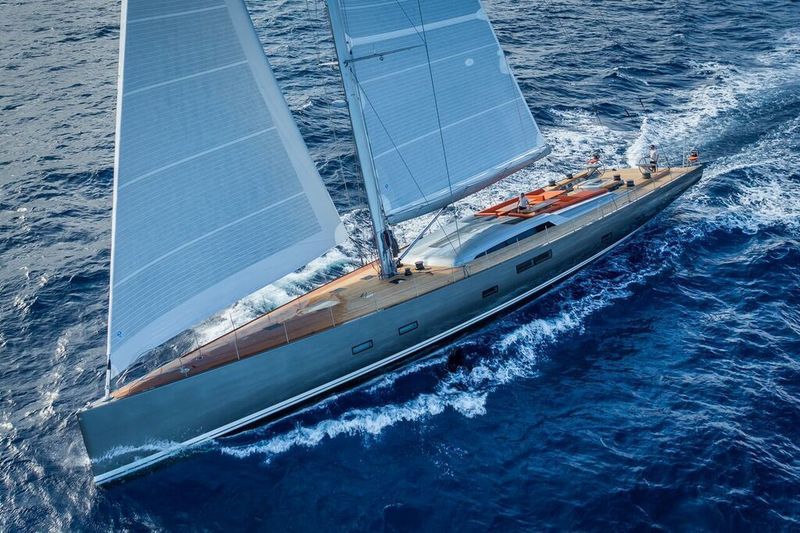 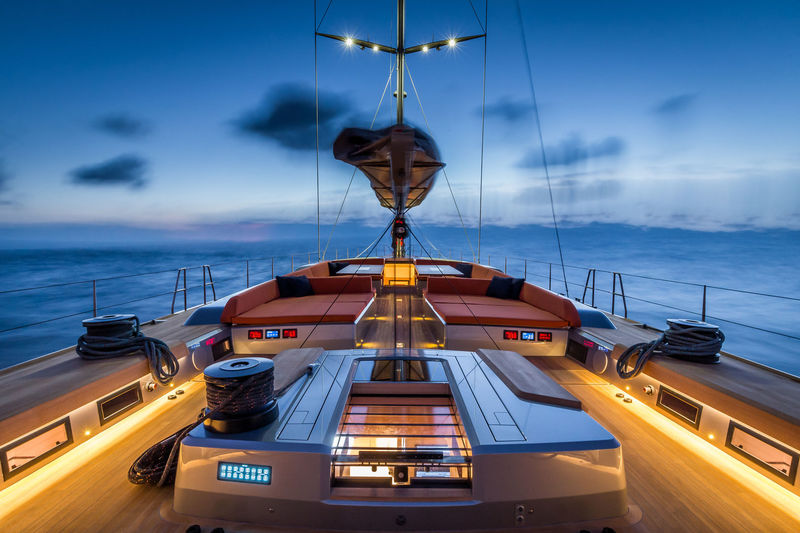 What’s on your drawing boards right now, and what can we expect to see in the future?

Our most recent sailing yacht projects are the Southern Wind 96’ (with two hulls launched in the past year and a third under construction) and the Southern Wind 105’ (the first hull is launched, two more are under construction). Then there are the Mills-Nauta 75’ for Maxi Dolphin and the second hull in the Advanced 80 series. Both of these projects will be launched this summer. 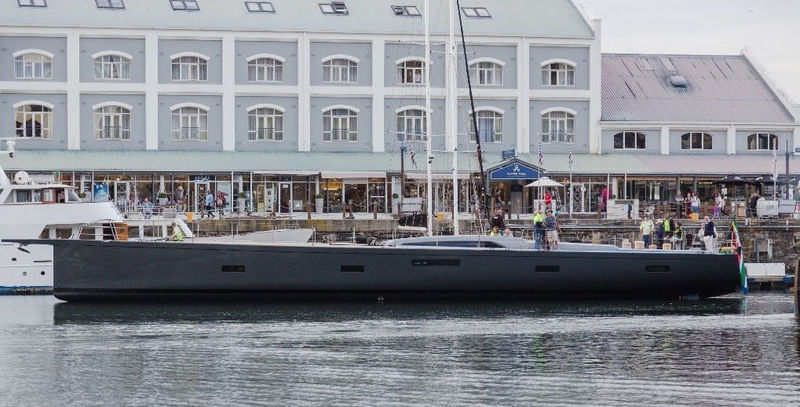 Still on the drawing board for prospect clients, we have a 130’ and a 145’, both blue water sailing yachts that are high performance and in composite construction, with Gran Turismo performance characteristics. Sort of like modern Range Rovers- step on the pedal and they fly!

We also have several interesting motor yacht projects underway, but we can’t talk about them just yet…

Superyacht of the Week: magical My Song