Though the superyacht business is a relatively small industry, it is packed with international professionals from all walks of life, and it can certainly be easy to get lost in the sea of faces we're presented with at boat shows, yachting events and beyond. In this series of articles, we take a step back from rushed business meetings and hurried networking and sit down with professionals from across the wide spectrum of the superyacht business to learn more about who they are and what they do for the industry. This week, we get to know Jeff Brown, Creative Director of the prominent superyacht media company Breed Media, to hear more about capturing the world’s most beautiful superyachts in action. 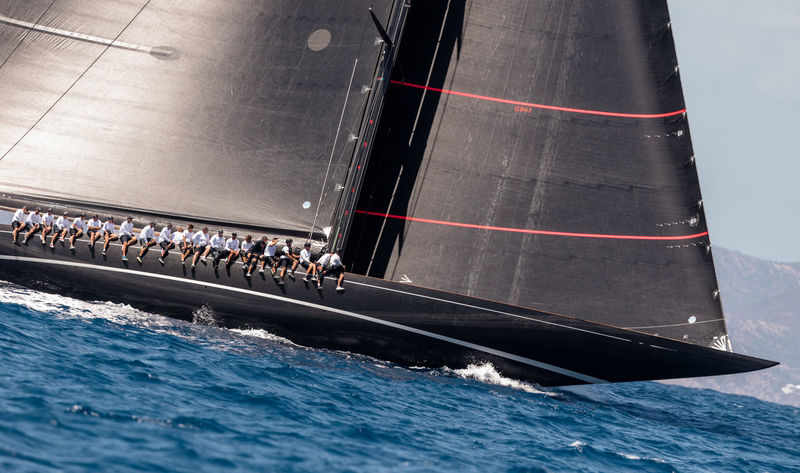 Photo: Jeff Brown / Breed MediaYou photograph a number of the world’s most popular superyacht regattas. How did you get into the racing scene?

My first taste of filming a regatta was way back in 2003, in my native country New Zealand at the Millennium Cup. They had both the sail boats and the motor yachts and they all basically raced together. Sails up, spinnakers up, then you’ve got the motor boats… it was chaos, but amazing. 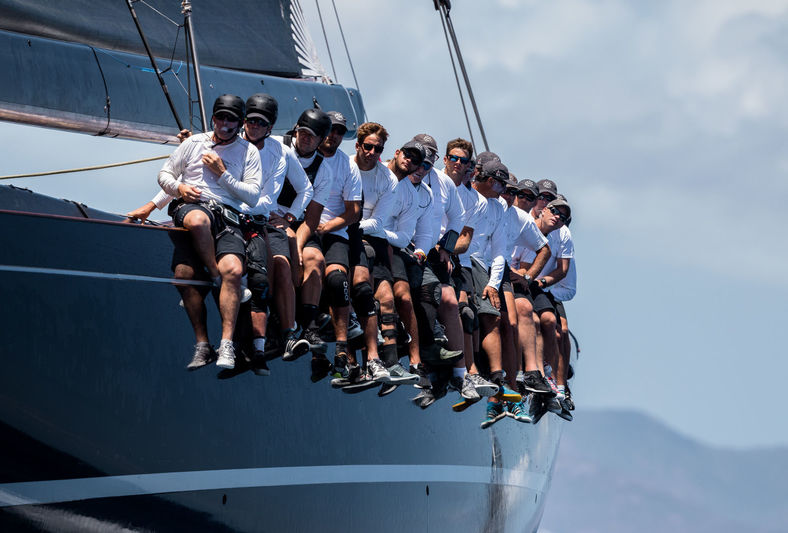 If it’s just me, I’ll go on the helicopter for every day of racing, and I’ll probably go in the tender, too. I try and do both, the tender in the morning, and the helicopter for an hour in the afternoon. I like shooting on boats though, you get a completely different perspective. Especially when you have those big boats roaring towards you, it’s pretty exciting. 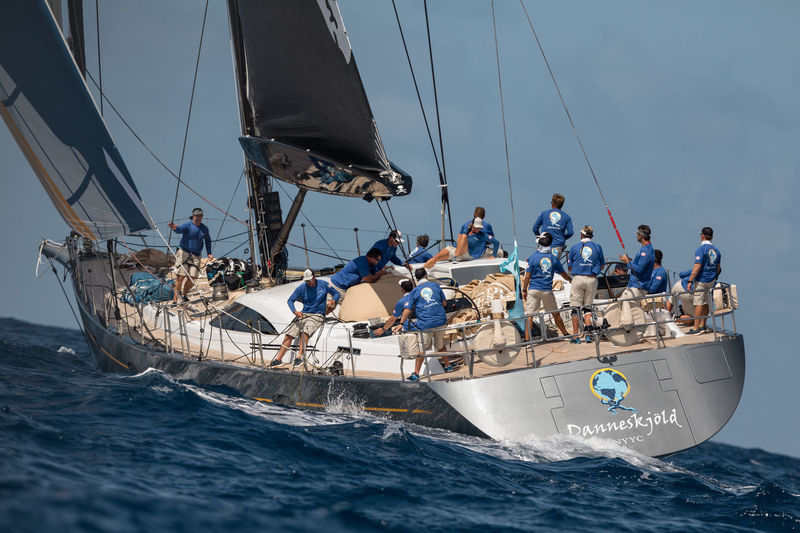 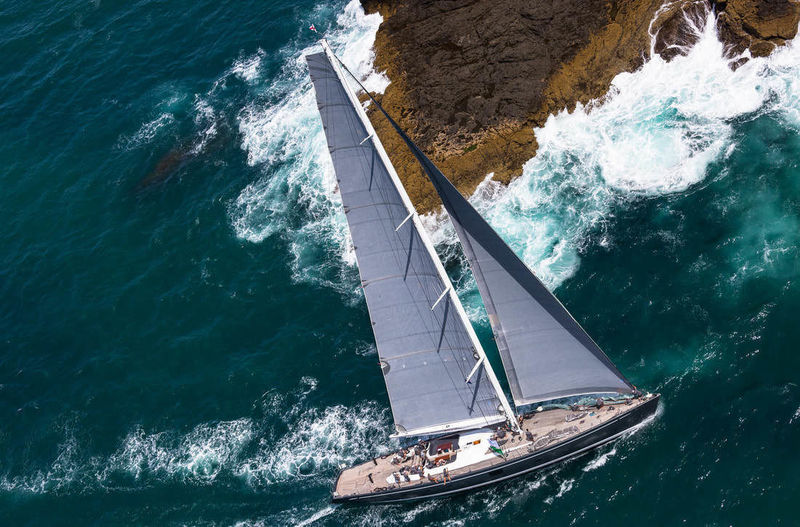 Photo: Jeff BrownDo you ever use a drone?

I always get asked if I have a drone, and why can’t we use the drone instead of the helicopter. The reply is of course we have a drone, but with most professional photoshoots, we’re trying to get cover shots. You can’t get a good cover shot with a drone unless you have a high-end camera on it, which not many people are willing to do. For these cover shots, you need portrait shots, not landscape, and drones only take landscape shots. With a helicopter you can fly around for a couple of hours with no problem, you can have three or four cameras, a video guy, and all in strong winds if that’s the weather. You can look one way whilst flying the other way… it’s footage that you can’t get with a drone. 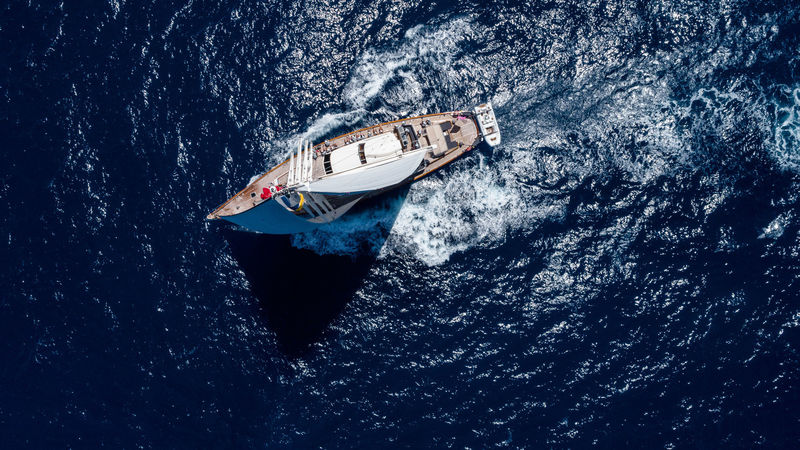 Photo: Jeff Brown / Breed MediaThere’s of course an element of danger in capturing this kind of event… has there ever been a particularly heart-stopping moment on the job?

Yes definitely - I almost died once in a regatta, don’t tell my mum! We were in St Barths six years ago for the Bucket and we went out with a local guy on a tender. Assuming he’d done this before, I told him I’d tell him where I want to go to get the best shot, and it was his job to take us the right direction, safely. A J Class boat was coming around the buoy and it was getting pretty tight, so I told him he had better get us out of the way fast because they’re coming right at us. He panicked, put the boat into reverse, yelling, cursing, and he started backing up into the boat! I yelled at him to go forward, and he hit the throttle and went full ahead. We were both threw back into the boat and the J Class was basically upon us, with the bow going across and we were just there, looking back at them… it was one of those real slow-motion moments. Thankfully the swell was on our side. 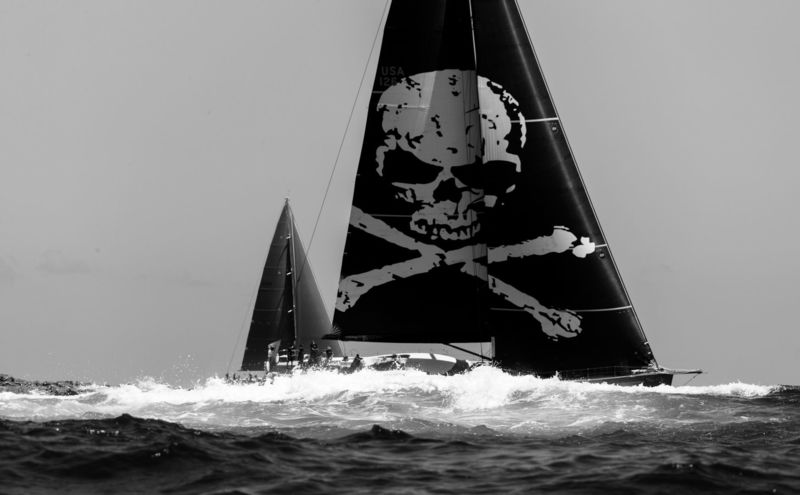 Photo: Jeff Brown / Breed MediaPeople need to know what they’re doing, but there’s always an element of danger. This was unnecessary danger due to the inexperience of the tender driver, but we usually wait in the tender until the last second to pull away, because that’s how you get the shots. It can get sketchy.

Does that make it more exciting?

Yeah, absolutely, but the exciting side is not really the dangerous side for me. It’s not knowing what I’m going to get that day. You have no idea, you’re just hoping you’re going to get an epic shot. And you can never script that - it’s not a studio. I got a spinnaker ripping in half once. I’ve never captured that before - you really can’t script that. And I managed to get it completely ripping on video, framed perfectly. That’s exciting. 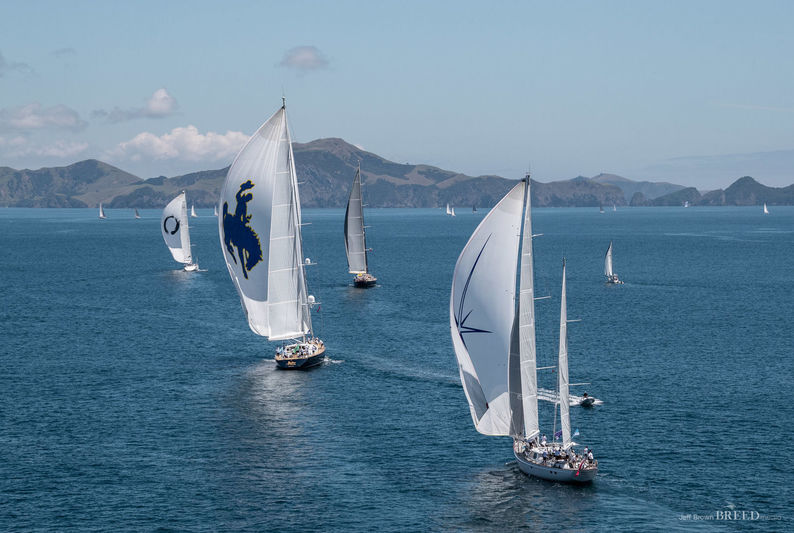