Home > News > 50 Metre superyacht launched in the Republic of Buryatia

According to local press reports, a new yacht was launched recently in the capital of the Republic of Buryatia, Ulan-Ude. 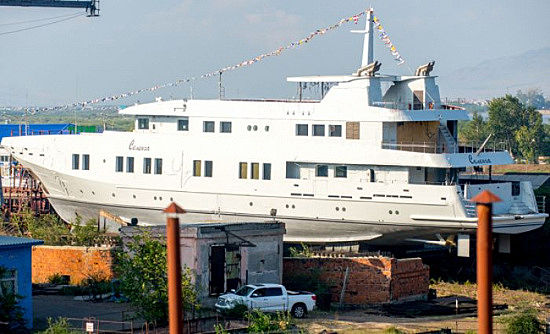 Selenga is reported to be a 50 metre vessel and is rumoured to have been built for the owner of the 72.6 metre Lürssen superyacht, Queen K. The new yacht accommodates up to 12 guests in total, and features amenities such as a cinema, sports hall with tatami mats, a sauna and a swimming pool.

Construction of the yacht began in 2007 at the Ulan-Ude shipyard, which faced several financial problems throughout the vessels construction. At the end of the month she will be taken to Irkutsk, where it looks like she will be completed.