The 49.9-metre motor yacht Bintador has been delivered to her European owner by Tankoa Yachts ahead of her upcoming debut at this year's Monaco Yacht Show. 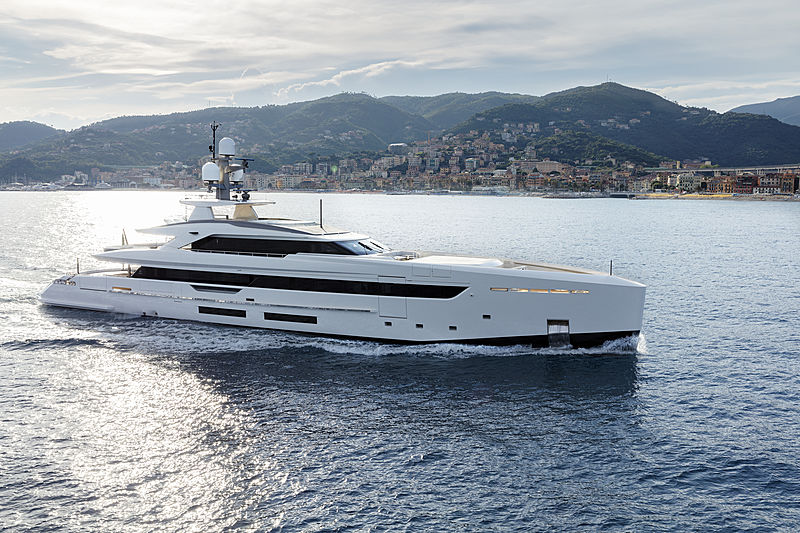 Photo: Tankoa YachtsThe Tankoa S501 hybrid superyacht (previously known as S502 Elettra) has an exterior design from Francesco Paszkowski and interiors by Paszkowski in collaboration with Margherita Casprini. Her interiors are characterised by light, modern tones and make use of a wealth of natural materials. 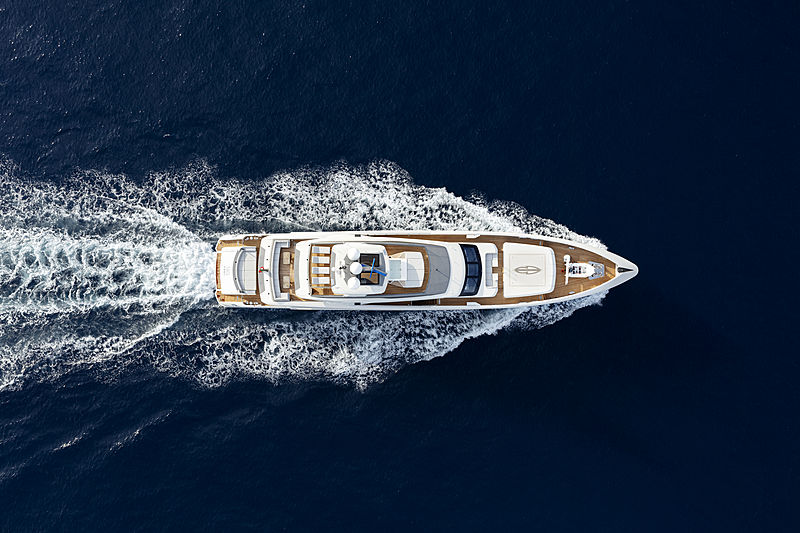 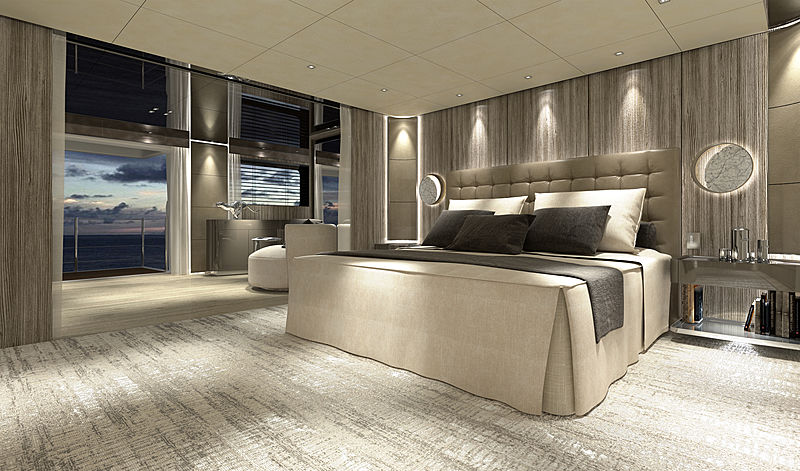 Photo: Tankoa YachtsOn board, the 499 GT hybrid superyacht's lower deck is equipped with a gym and beach club, with the owner's suite and galley located on the main deck and additional guests accommodated across four cabins: two VIP cabins with king-sized beds and two twin cabins (one with a Pullman berth). In addition, crew quarters are also found on the lower deck. Unlike Tankoa's last 49.9-metre delivery, Vertige which has six cabins on board, Bintador has a five-cabin layout, with the owner's suite located on the main deck.

On the main deck, the cockpit comes with an oversized sun bed, U-shaped sofa, coffee tables and bar with fold-down bulwarks to maximise floor space and provide exceptional sea views. Her foredeck features a touch-and-go helipad and storage for five e-bikes, with a tender and jet-skis also stowed on the deck. 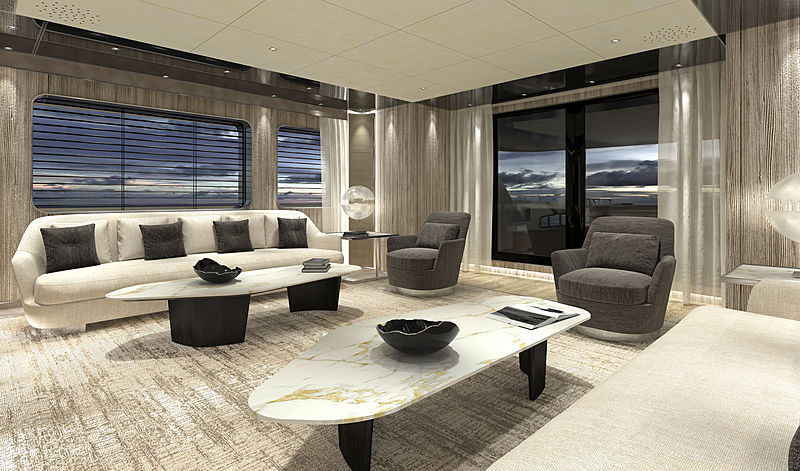 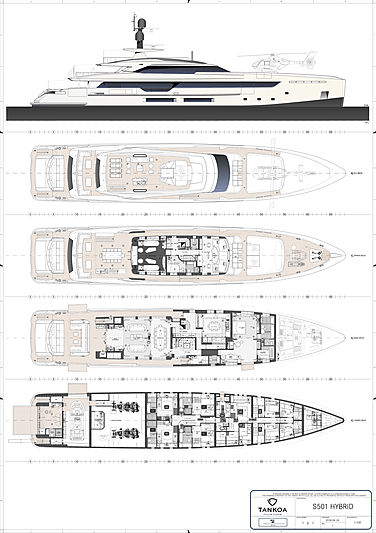 When the traditional mode is used, motor yacht Bintador cruises at 16.5 knots using both main diesel engines for propulsion and a diesel generator which feeds the hotel loads. In this case, the variable speed generators self-adjust their rotation speed to the required load.

It is in buster mode where Bintador can top out at a speed in excess of 18 knots, with both main engines and generators supplying power to the two electric motors and feeding the hotel loads. 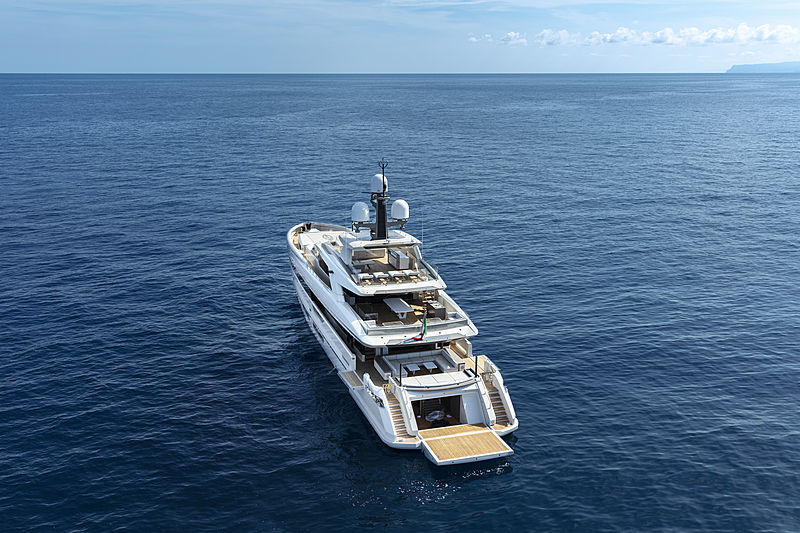 Photo: Tankoa YachtsIn Diesel-Electric Mode (DEM), in which the electric motors are fed by two variable-speed generators, this allows for speeds of up to 10.5 knots and a maximum range of 4,900nm with the main engines off. The advantages of this mode include considerable fuel savings and reduced noise levels.

In hybrid mode, the electric motor clutched on the shaft works as an alternator and generates the electrical power required to run the second electric motor for propulsion and hotel needs. This enables the yacht to have a cruising range of approximately 4,000 nautical miles at 12 knots. The two diesel generators are shut down during navigation. 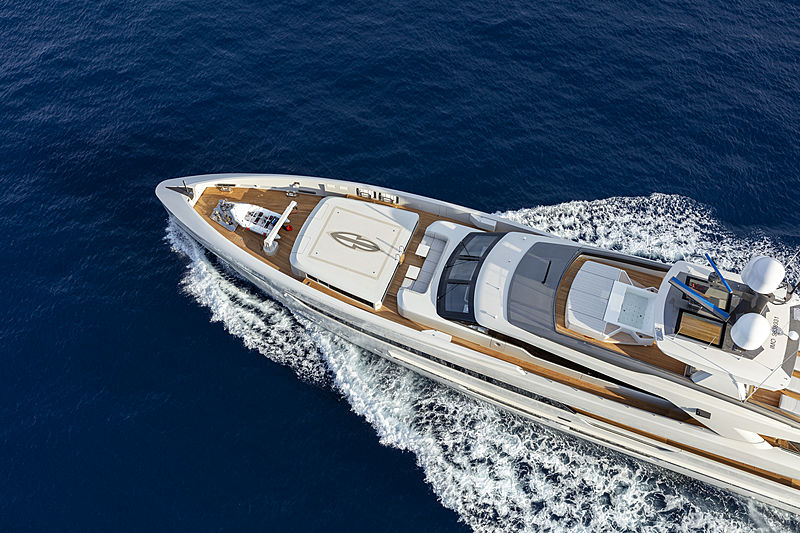