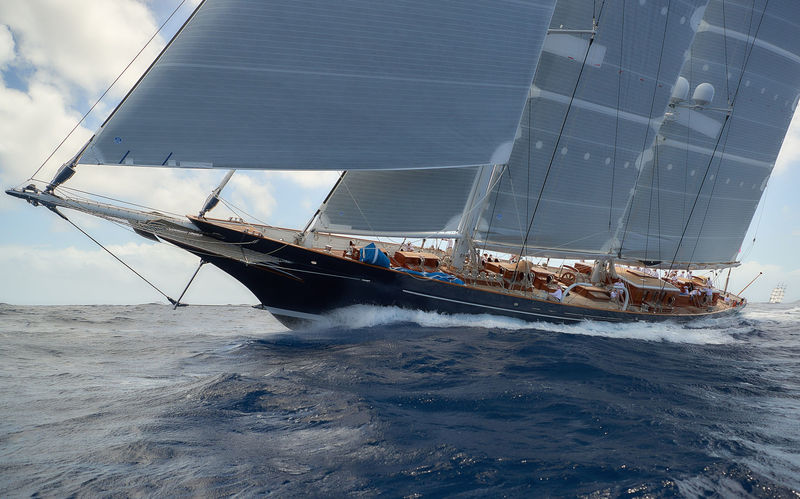 Presented fresh from her 2018 refit at Royal Huisman, Meteor was awarded the title of Sailing Yacht of the Year in the 2008 World Superyacht Awards and won the St Barths Bucket in 2009.

During her extensive winter refit at the Dutch yard, the vessel underwent the completion of her ten-year Lloyd’s survey, numerous cosmetic and maintenance upgrades, a hull and rig repaint, as well as an engine room overhaul.

Aside from her 1,800 square metre North sails wardrobe, the 51.59-metre superyacht is powered by a single MTU 12V2000 M60 diesel engine with a top speed of 15 knots. On board, she offers accommodation for six across one owner's cabin and two twins with a crew of 12 also accommodated for on board.

Read our interview with Meteor's previous co-owner, John Risley to find out more about his adventures on board sailing superyachts.

Owner Insight: The next stage of the Northern Star journey