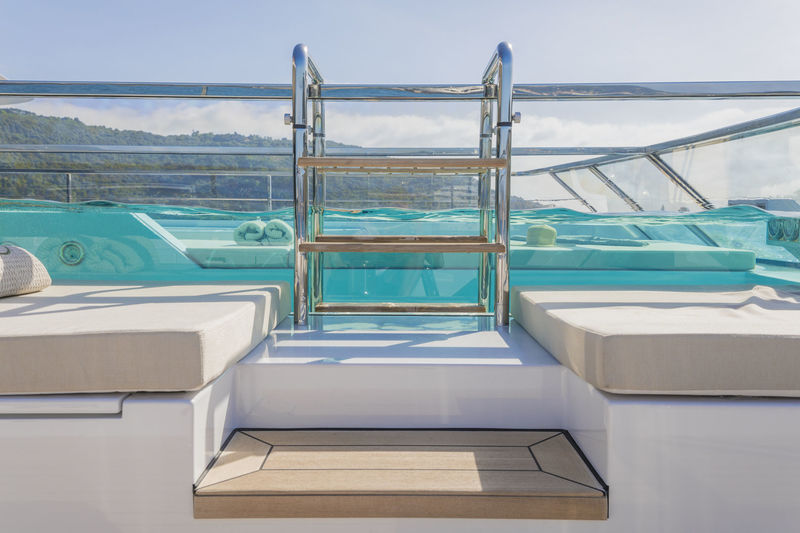 Photo: Guillaume PlissonCharacteristic of the 52Steel series, Oceanbird features the model’s signature extended stern area which features a floodable tender garage and a large beach club that opens to port, starboard and transom. On her main deck, Oceanbird has a large pool with a translucent bottom, which provides natural light to her beach club below. 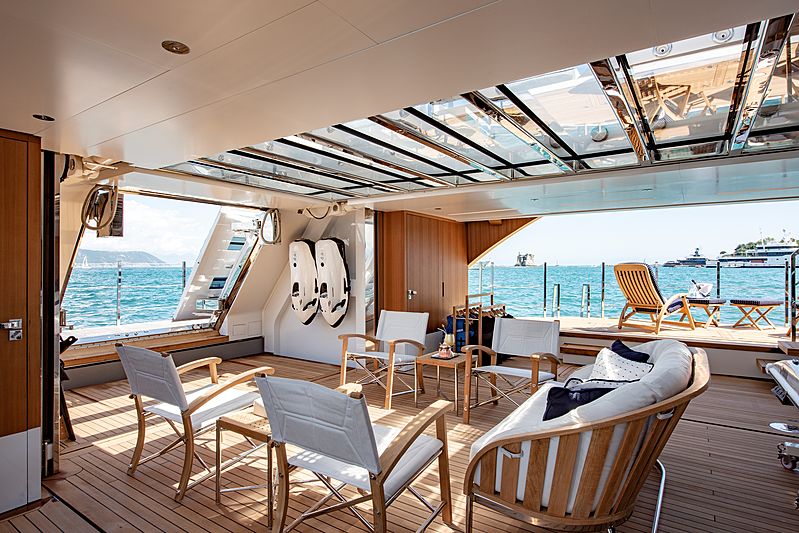 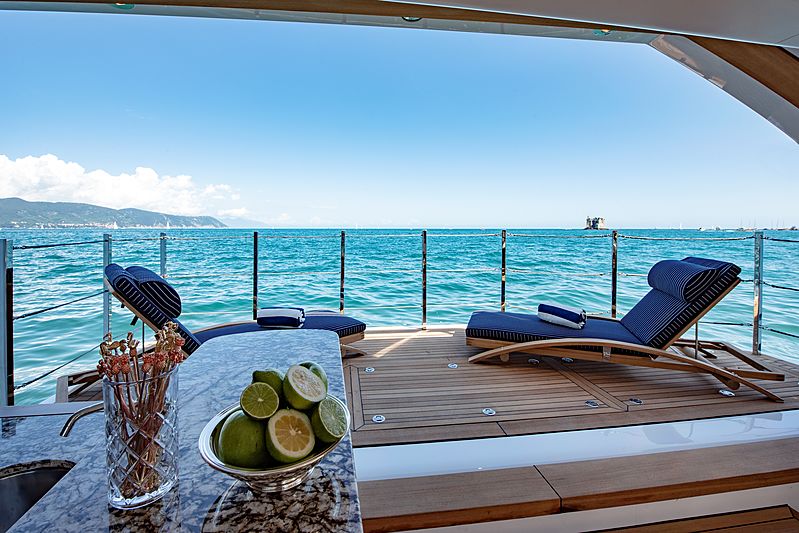 The sub-500 GT superyacht can accommodate up-to 12 guests across her five staterooms. She sports a five-deck layout.

Oceanbird is equipped with twin MTU 12V 4000 M93L diesel engines, which provide her with a top speed of 17 knots. She has a transatlantic range of 4,400 nautical miles while cruising at 11 knots.

All photos besides the first are of sisterships and have been used for demonstrative purposes.