Following a comprehensive refit which started in August this year, the 54m Damen-built Sea Axe support vessel Advantage has emerged from the shed at Oceania Marine in Whangerei. New Zealand company Diverse Projects oversaw the extensive refit which was completed in just under four months by Oceania Marine, and comprised of custom changes such as the installation of a submarine garage, newly configurated deck and the fitting of Quantum stabilisers. This is all finished by a prominent new grey and white paint job. 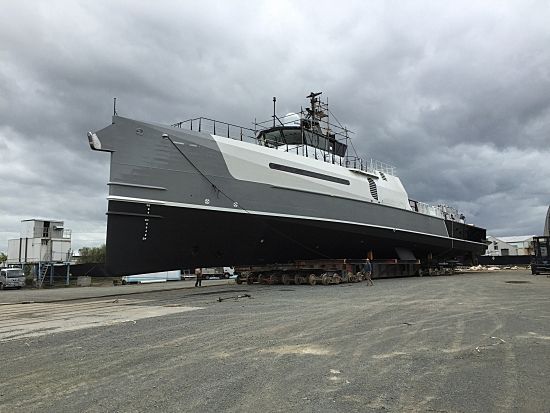 Used as an offshore support vessel previously, Advantage’s purpose built interior for the carrying of 60+ crew members was removed and three new guest cabins, a captain’s cabin as well as a mess area and office was installed on the main deck. Below, the crew area and galley were stripped and upgraded, fit for its new purpose as a superyacht support vessel. 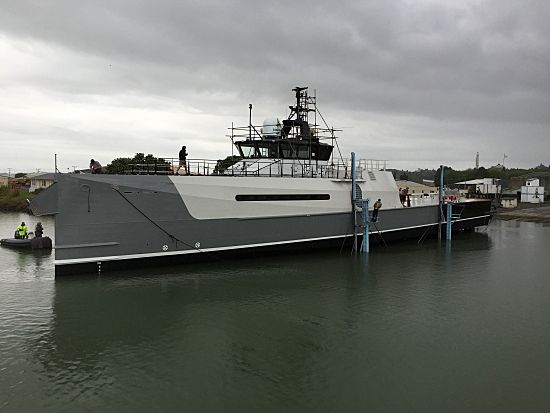 Outside on main deck, a new Bolidt synthetic deck has been applied, a stern anchor fitted to the transom area and a submarine garage installed, which was constructed offsite and will greatly enhance the mothership’s exploration capabilities. 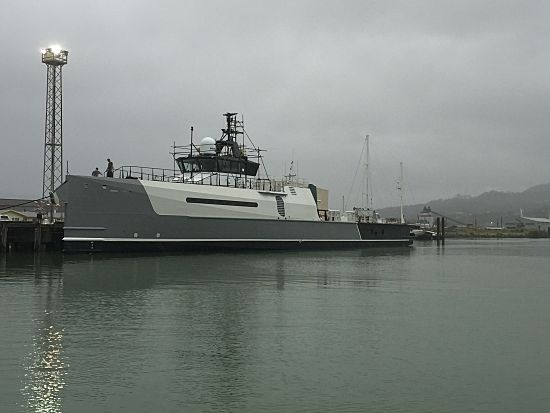 “A phenomenal amount of work has been done in a short period of time” says Diverse Projects director Lars Bjorklund. “This is an absolute credit to the yard and all involved, given the wide ranging and very specific compliance requirements entailed in a refit to this scale.”

Following the installation of her on-deck tender crane, testing of the stabilisers and fulfilling classification requirements, Advantage will depart from New Zealand to join her mothership in Tahiti.