The American yachting brand Hargrave has announced that the 56-metre superyacht currently under construction at HSY in Antalya, Turkey is its new flagship 184 model being built for a four-time repeat client from the States. Hargrave, known for working with the Taiwanese shipyard Kha Shing for the construction of the majority of its fleet, has once again outsourced the building process of one of their projects to a specialised shipyard. The 41.5-metre Hargrave motor yacht DREAmer was also built in Turkey at the Ned Ship Group in 2010.

The Hargrave 184 was first announced in early 2017 with construction said to get underway in February last year. Hargrave and HSY are working with Unique Yacht Design on the exterior design of the project while HSY Yachts are behind the interior design and naval architecture of the vessel. 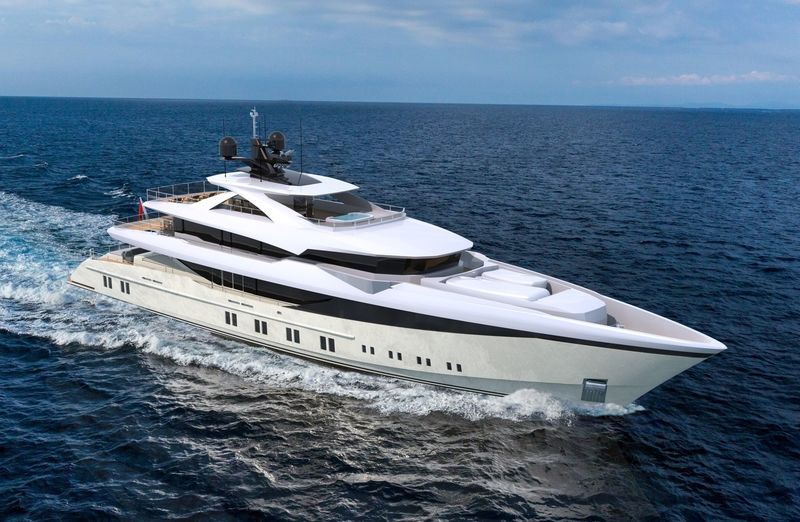 According to the designer, the Hargrave 184 will measure 10.4 metres across and is being constructed with a steel hull and aluminium superstructure. A conventional diesel propulsion system will deliver a cruising speed of 12 knots and a top speed of 16 knots while initial calculations indicate a potential range of over 5,000 nm for the yacht.

“We sure didn’t see any of this coming when we started. I guess I’m excited because I believe that when all the totally new designs begin to arrive here in the US over the next 24 month the future for Hargrave will be headed in a new direction for the next decade,” comments Hargrave President, Mike DiCondina, on the future of the Hargrave line of superyachts.